Todays Though > News > How did Mac Jones feel about getting yanked after three series?
News

How did Mac Jones feel about getting yanked after three series? 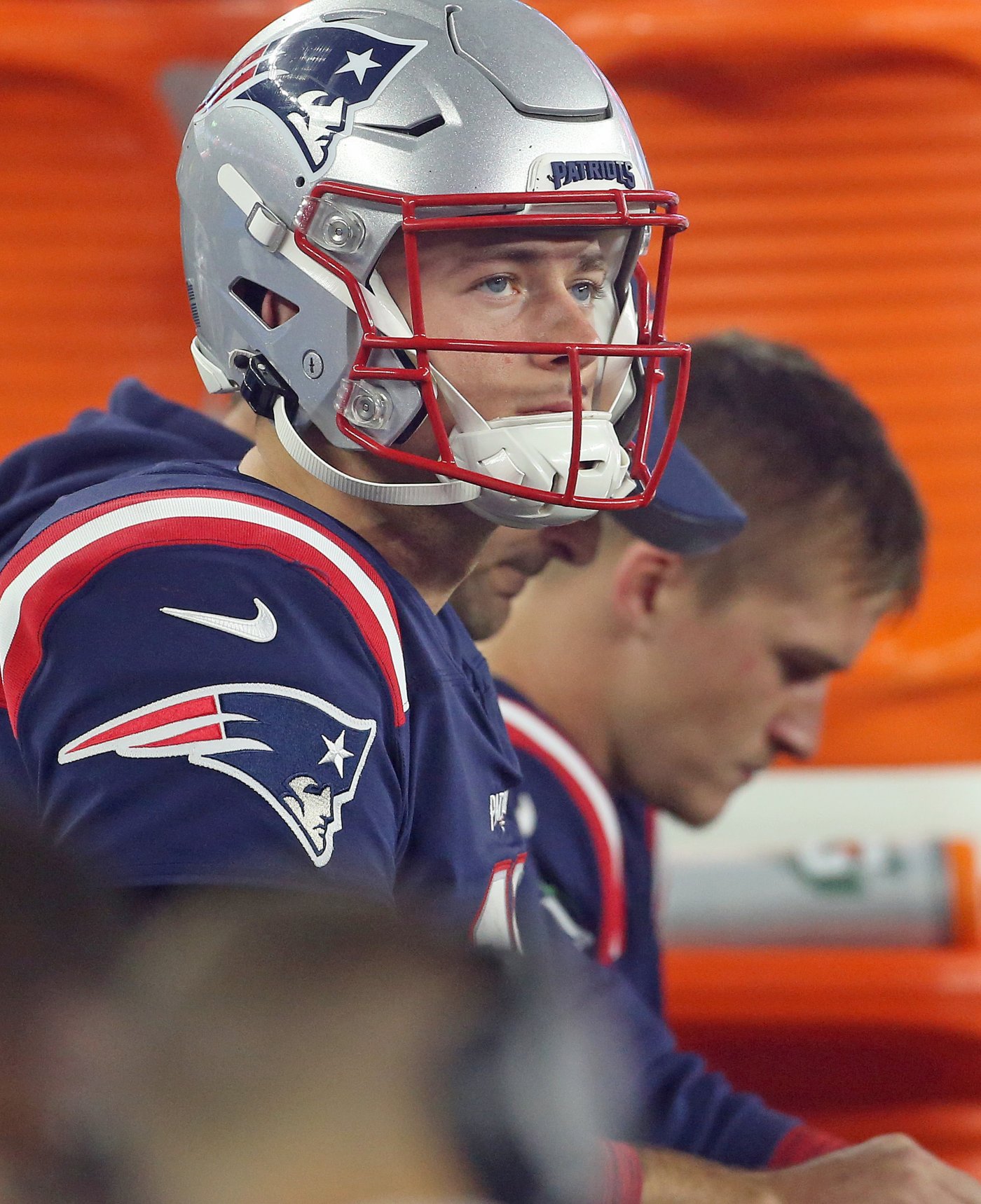 Not about the quarterback plan heading into the game. Not about being yanked after just three series. And not having to listen to fans chant “Zappe, Zappe, Zappe” after every series he played during the 33-14 loss to the Bears.

After his re-entry turned out to be just a cameo, Jones stood by Bill Belichick’s decision to pull him in favor of Bailey Zappe, and will live with whatever the fallout is going forward.

“I think Coach Belichick had a really good plan for us. Obviously, that’s kind of internal stuff, but I understood the plan and what was going to happen,” Jones said following the loss. “Obviously, wish we got off to a better start, and I played a little bit better, but I’ll have a chance to practice and get back into my routine.

“I’m excited for this week,” he went on. “That’s all you can do, right? You can’t really look back in the past. Obviously, the game wasn’t good by any of us, and it starts with me.”

Jones, who made his return after suffering a high ankle sprain Week 3, went three-and-out in his first two series. On his third and final series, he moved the ball a bit, mostly with his legs, before throwing an interception.

That would be it for Jones.

He claimed he didn’t have a problem with his shortened stint because he was made aware both he and Zappe would get time in the game.

“Honestly, like I always say, I just try to control what I can control. That’s my attitude and my effort,” he said. “That’s something that I’ve done since high school. Obviously, I need to be able to play better, and we do as a team as well. So I just have to lead the team and do that.”

Officially, Jones finished completing just 3-of-6 passes for 13 yards with the pick. He actually ran for more yards, with 24 yards coming on three rushing attempts.

When he dropped back to pass, he seemed skittish in the pocket, taking off at the first sign of trouble. Jones wouldn’t acknowledge that, or if he was trying to test out his ankle.

“I think it’s just football. Sometimes there’s lanes to run, and I’m not necessarily a running quarterback, but I’m just trying to get yards and move the ball,” said Jones. “Obviously, we get more yards when the ball is in someone else’s hands.

“I have to be able to throw it to the open guy and get it to them. We have great skill players, a great offensive line, great backs, great coaches. There’s no excuses. I’ll play better and watch the tape and figure out kind of go back to my bucket system, what do I need to do better and what am I doing okay. I’m going to do that again here.”

Asked about reports of being 85-to-90 % with respect to his ankle, Jones wouldn’t go there. He said his ankle felt fine, it was that simple.

“I didn’t really do the whole percentage thing. You are either able to play or not. In the NFL you don’t get any credit for playing hurt or not, and there’s no excuses. So I felt like I was good to go. Like I said, with time it will get better. Just got to play the game of football better.”

Did he anticipate starting against the Jets next week?

“I guess when Sunday comes, we’ll know,” he said. “I just, like I said, want to become a better player and prepare like I always prepare and put the hours in every day. My schedule doesn’t change. I’m just going to continue to do that, and hopefully the results will take care of themselves.”

Jones didn’t mope after getting pulled. He tried to be a good teammate, as he was one of the first to congratulate Zappe after each touchdown.

He also avoided addressing all the “Zappe” chants that could be heard early in the game.

“We have a lot of good players on this team, and obviously, tonight we didn’t play our best. Like you said, there’s always a chance to turn around. I think you look in the past, and really good teams, they don’t just climb all the way up to the top. There’s a little bit of a mountain that you have to go up, and you might have to stop or go down to get some air, but you better be able to shoot back up. That’s my plan, and that’s our plan. I know we’re going to be able to do it.”