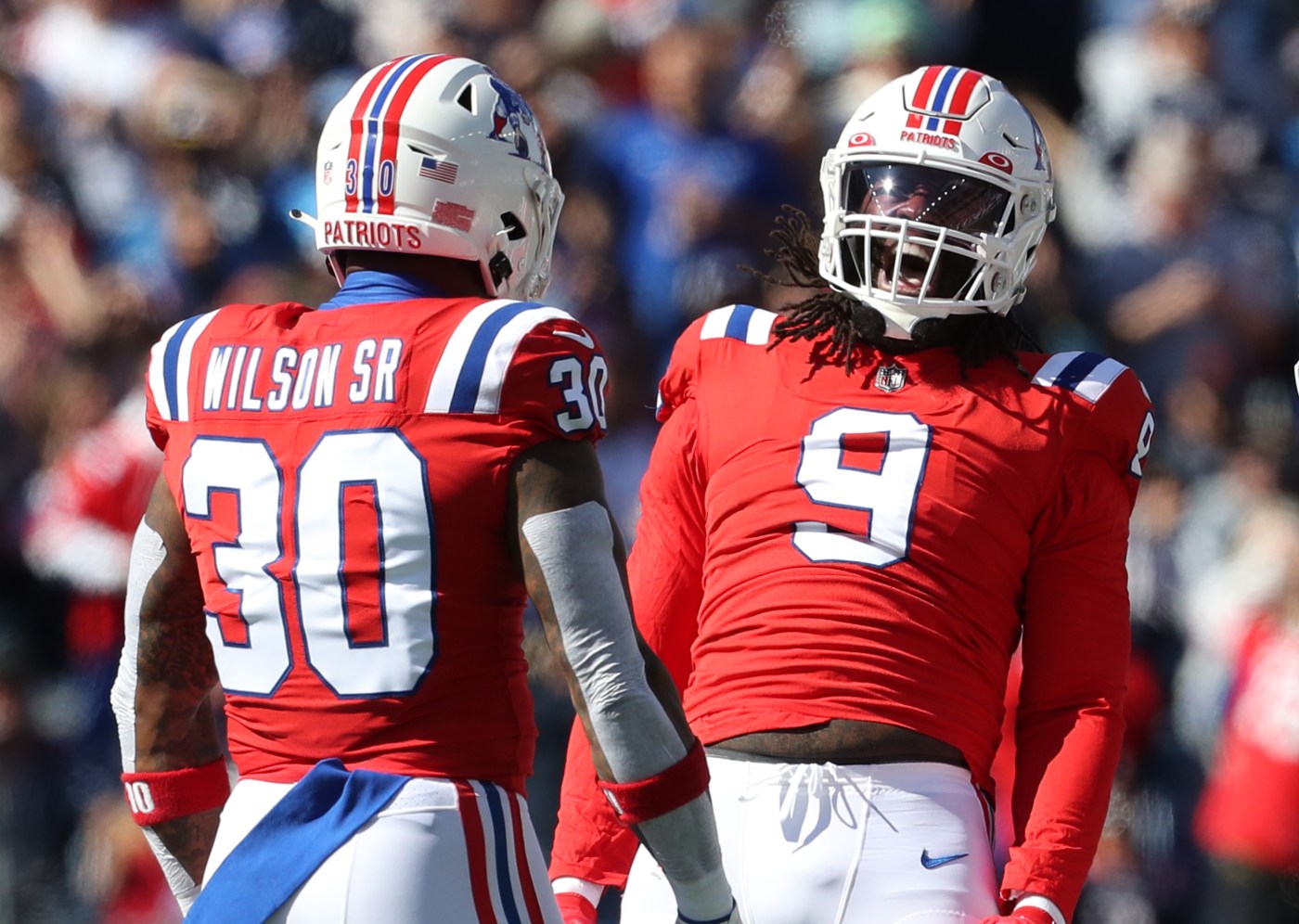 FOXBORO — To understand how Patriots edge rusher Matt Judon could be on pace for a second consecutive career year, look at the other end of the line of scrimmage.

There crouches Deatrich Wise, all 6-foot-5 and 275 pounds of him, ready to power, rip or swim through another offensive lineman.

Through six weeks, Wise has already tied a career high with five sacks. He’s tracking to shatter his single-season bests for tackles and QB hits, while logging 85% of the team’s defensive snaps, a preposterously high number for a defensive lineman. Over the past three years, no Patriots D-lineman has finished with a season-long percentage higher than 59%.

Wise insists his day-to-day routine is no different than past years. He’s still Vegan, a diet choice inspired by Rob Gronkowski. He arrives at the facility around 5:30 a.m. He lifts heavy, hydrates well and eats clean around an occasional PB&J.

Judon’s day-to-day is similarly unchanged, though his Sundays have become lighter. His snap count is down almost 10% from last year, when he made the Pro Bowl with 12.5 sacks. This season, Judon is still averaging almost a sack per game, despite the decrease in playing time.

For that, Judon thanks his teammates.

“So we’re just able to rotate and keep everybody fresh.”

Most of that credit belongs to Jennings, who was overextended as a rookie in 2020 and then lost his second season to injury. The Alabama product is now setting a sturdy edge in Judon’s place as a run defender on early downs. Last weekend, Jennings started in place of Judon, who didn’t see the field until midway through the Browns’ second drive.

That extra rest has allowed Judon to hit quarterbacks at a higher rate than last season (7.7%, per Pro Football Focus). Bill Belichick also sees Wise drawing attention away from Judon, who was often the Patriots’ only double-teamed pass-rusher last year.

“(Judon)’s a force on the end of the line of scrimmage, we know that. Wise’s done a really good job for us this year. He’s been extremely productive. When you have one, having another one helps that player. I learned that at the Giants,” Belichick said. “Having Carl Banks helped Lawrence Taylor more than anything. Lawrence Taylor was a great player before Banks, and with or without Banks, he was a great player, tremendous, greatest defensive player.

“But with Banks, he became even more of a force, because Banks (was) on the other side.”

The ultimate goal of Judon’s limited snaps is to keep him fresh down the stretch. Judon has been open about his struggles down the end of last season, when he tallied a single QB hit in the Patriots’ last five outings. That left then-rookie defensive tackle Christian Barmore to provide most of the pass rush in the team’s most pivotal games.

“I’ve gotta stay conditioned and healthy,” Judon said after recording a strip sack versus the Lions. “When I can do that, I can play like I do the first game and the last game the same, I think I’m a different person. So if I stay in condition and healthy, I think I’ll be able to play throughout the year at a high level.”

Nowadays, Wise, Barmore and Uche (10 pressures) are all puncturing pockets, with Jennings close behind and recording three QB hits Sunday. The pass rush ranks in the NFL’s top 10 for pressure rate, a major reason why the Patriots could shut down the league’s No. 1 scoring offense in the Lions two weeks ago and rendered the Browns helpless in passing situations last weekend. And according to Judon, the Pats are only getting started.

“We’re playing well, we’re gelling, and I think everybody appreciates that every individual is putting in together better at his craft, and I think we’ve just gotta continue to build off of day to day.”