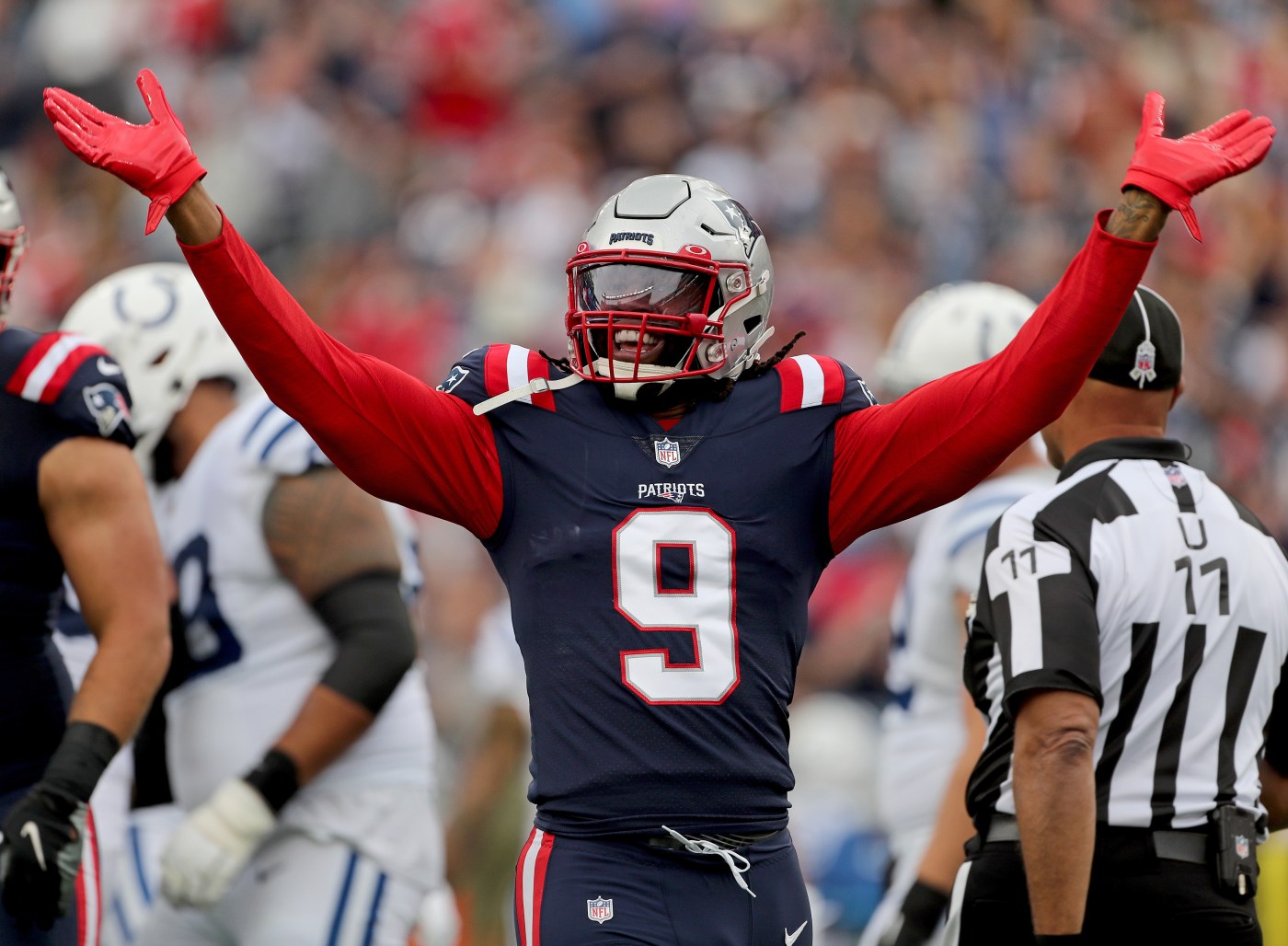 The Patriots season pretty much comes down to this: being able to stop Josh Allen and the Buffalo Bills offense.

It’s a mission they haven’t been able to accomplish during the past three seasons without the aid of gale force winds, as the Patriots have dropped five of the last six games to the Bills.

If the Pats want to earn a trip to the postseason, the performance of the defense is going to be a huge factor in what’s sure to be an emotional and electric environment in Buffalo in wake of the Damar Hamlin situation, as the Bills safety remains in a Cincinnati hospital recovering from cardiac arrest, which he suffered Monday night during a game with the Bengals.

There was encouraging news Thursday, with Hamlin making significant progress, allowing the Bills to start preparing for the Patriots in earnest.

So stopping a fired up Bills team is going to be a tall order for the defense.

During their Week 13 meeting, Allen & Co. were able to put up enough points in the first half to essentially coast in the second half en route to a 24-10 win.

While the Patriots pretty much contained the mobile Allen on designed runs, his ability to throw on the fly remained a killer. Stefon Diggs (7 catches, 92 yards, TD) was his primary target.

Here’s how the Patriots defense can ensure a playoff berth in Buffalo:

With the Patriots unable to contain Diggs with a split of zone and man coverage in that Week 13 matchup, Bill Belichick pretty much dialed back on man-to-man, and gone zone heavy in the defensive backfield in the weeks since.

One of the primary reasons was injuries to starting corner Jalen Mills and rookie Jack Jones, who was playing a ton of snaps.

Whether by design or circumstance, the Pats recognized it was wise to sit behind their elite pass rush and wait for the opposing team’s stud receivers to come to them. Their defense has now scored in four straight weeks using that formula.

Even with three corners out last week against the NFL’s best receiver duo, Tyreek Hill and Jaylen Waddle, the Pats managed by utilizing four safeties and two or three corners in zone coverage. Hill and Waddle were nicely contained.

They need to do the same against Diggs, Gabriel Davis and Isaiah McKenzie, all of whom have killed them in the past.

And, adding to the turnover total — now at a league-leading 18 — not to mention bring the turnovers to the house, which they’ve done in four straight games, would also help the cause.

The strength of the Patriots team all year has been their defensive front, currently second in the league with 52 sacks and a 23.3% pressure rate through 16 games (fifth-highest in the NFL).

And of late, if Matthew Judon and Josh Uche weren’t wreaking enough havoc with quarterbacks, having Christian Barmore back up front has made the pass rush even more of a force.

Barmore had been sidelined six weeks with a knee injury, but has returned from a stint on injured reserve. Against the Dolphins last week, he logged a career-high seven quarterback pressures.

As the season has progressed, the Bills have tried to balance their attack by utilizing the run game a little more in multiple ways.

It behooves the Patriots to shut that down, but also, be aware Allen likes to hit his backs with short quick passes as an extension of the running game.

Devin Singletary is the main man. He’s rushed for 790 yards (just ahead of Allen with 746) and also has 277 receiving yards with 37 catches.

Rookie back James Cook has pitched in with 19 catches for 174 yards. Against the Patriots earlier in the season, Cook had six catches for 41 yards coming out of the backfield.

Whether it’s Jabrill Peppers or Kyle Dugger, the Pats will have to keep the Bills backs in check.