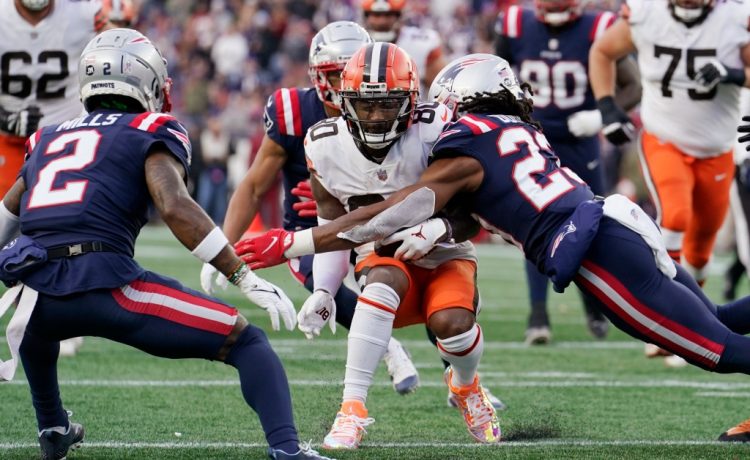 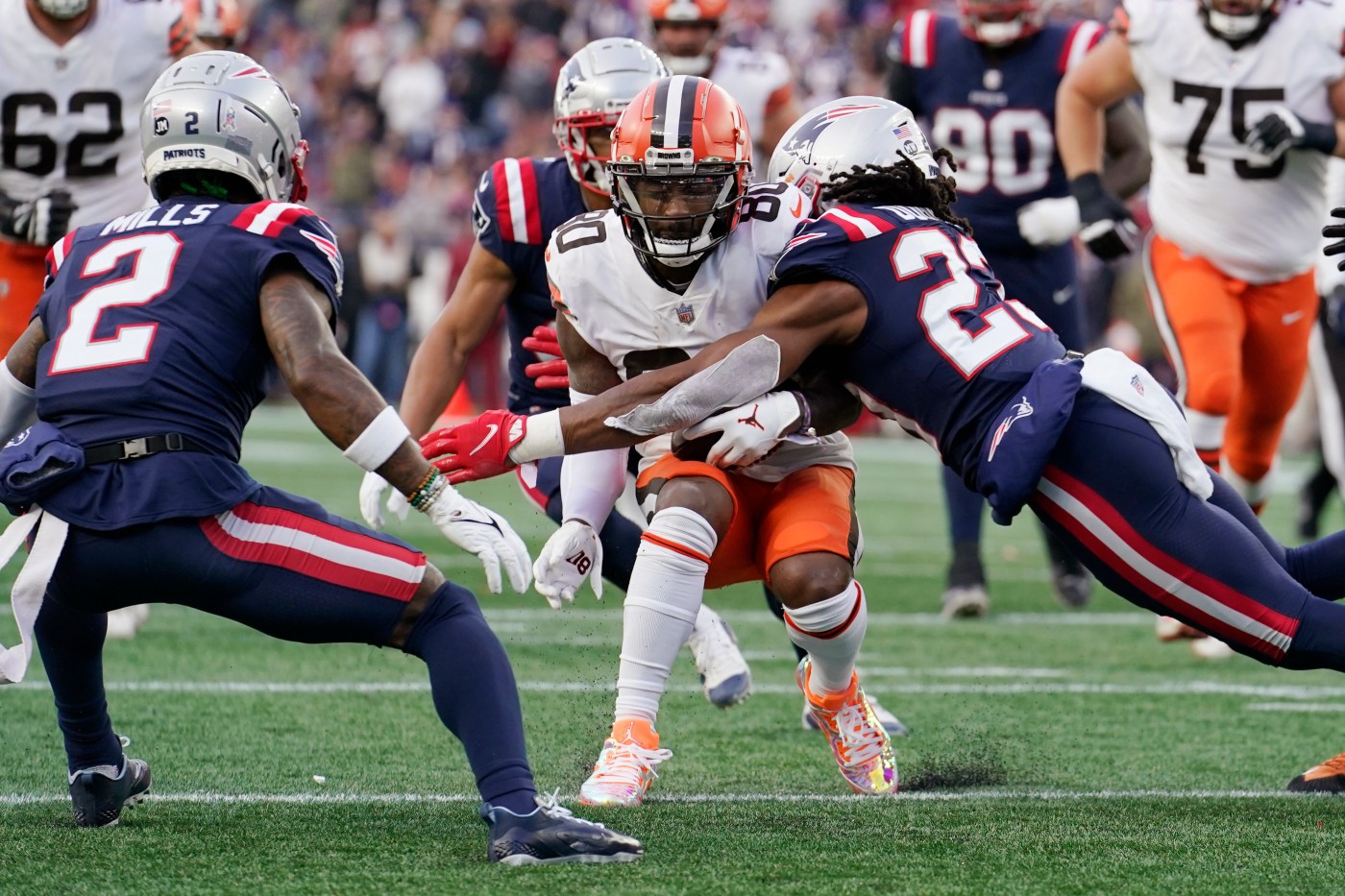 Last season, the Browns bulldozed the Patriots over an 84-yard opening touchdown drive.

Then, they got shut out.

The Pats pulled the plug on Cleveland’s league-leading run game — which ranks No. 1 again this year — with heavy personnel and an early lead. They dialed up a high rate of 3-4 defense in the first half, which allowed inside linebackers Ja’Whaun Bentley and Dont’a Hightower to pulverize pulling Browns guards who intended to clear running room for Nick Chubb. Offensively, the Patriots scored on all of their first-half possessions and seven of eight before kneeling the clock out.

The Browns were forced to play catchup almost immediately, and with then quarterback Baker Mayfield throwing aimlessly downfield, including one interception that found safety Kyle Dugger, the game was over.

But now unsure about the quality of quarterback play they’ll receive Sunday in Cleveland, the Pats can’t bank on another monster lead. Their defense must stand tall against Chubb and Co. to buy the offense enough time to pull away.

Here’s how they can do it:

Back to base defense.

The Patriots understand they will be susceptible against the pass by consistently playing 3-4 defense, but against Cleveland it will be worth it. The Browns want to run the ball. It’s how their built, it’s what they believe in, and a year ago, not even a couple easy completions on the same drive versus the Pats’ 3-4 package was enough to get them to commit to throwing.

Cleveland reverted to its base tendency, and will again Sunday. Bank on that.

Not to mention Chubb, more than any other skill-position player, is an explosive play waiting to happen. The Pats should combat him with extra bodies and heavier players at the line of scrimmage. After all, the Patriots are allowing just 2.8 yards per carry when playing 3-4 defense this season.

If the Browns continue to play with multiple tight ends and/or a sixth offensive linemen as much as any offense in the NFL, it only reasons the Patriots should meet power with power.

After Chubb, there’s one Browns player capable of devastating the Pats defense by himself: Amari Cooper.

Cooper leads Cleveland across all receiving categories with 27 catches for 304 yards and three touchdowns. More importantly, he leads the Browns against defenses that play man coverage.

Cooper has seen more than 35% of quarterback Jacoby Brissett’s pass attempts against man-to-man, according to Pro Football Focus. That means when Brissett needs a completion versus man, he turns to Cooper. And the Patriots play more man-to-man than most defenses, especially on third down.

Therefore, they should send help to Jalen Mills or Jack Jones against Cooper to force Brissett to throw elsewhere. Cooper is no longer the perennial Pro Bowler he once was, but he’s still enough of a threat to deserve extra attention.

Take it from Bill Belichick.

Even when you have Chubb wrapped up, you don’t. He’s broken 42 tackles this season, most in the NFL by nine, per PFF, and more than an average of eight per game. The Browns ask a lot of their Pro Bowl back, who can create offense as a rusher and receiver even when the blocking or play-call doesn’t go according to plan.

“He’s very hard to tackle, he’s got tremendous contact balance and playing strength, he’s got good vision and good patience. He really sets up his blocks well,” Belichick said this week. “He gets the most out of every block and then he’s very hard to get on the ground. He plays with good ball security. He gets those explosive plays. He gets a lot of tough yards and consistent yards.

“He’s really good and he’s got a good group in front of him. They absolutely know what they’re doing.”