How the Patriots defense can tame the Lions mighty offense 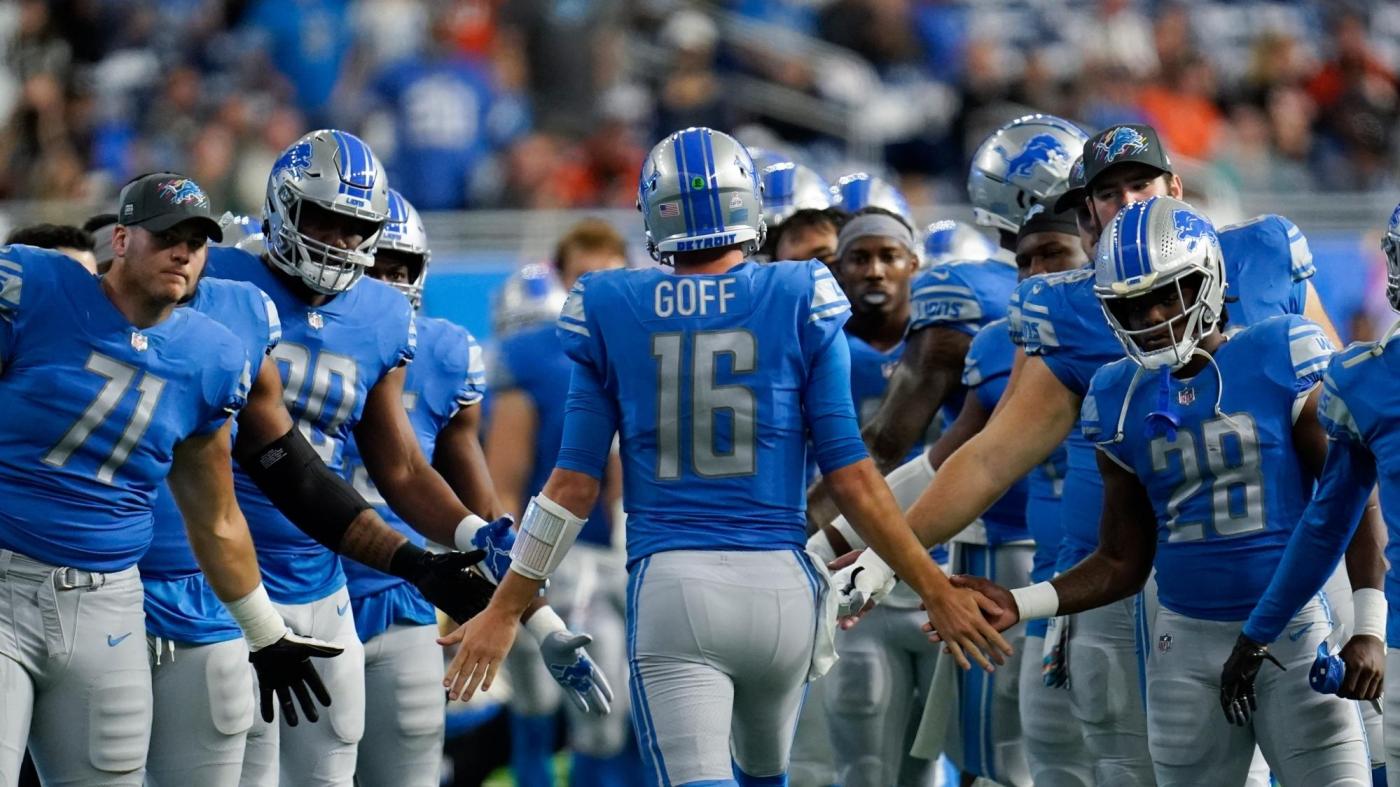 If the Patriots had a tough time with the Ravens and Packers offenses, just wait.

After four games, the Lions are the highest scoring team in the NFL. That’s not a misprint. While it sounds crazy, it’s true.

Jared Goff and the Lions are averaging 35 points per game. That puts them at the top of the league.

The Lions defense is another story, but the offense is legitimate.

They put up 45 on the Seahawks without one of the top running backs (D’Andre Swift), and two of their top receivers (Amon-Ra St. Brown and DJ Chalk) who were out injured.

“Their offense is No. 1 in the NFL. There’s a lot of explosive players on that side of the ball, and I know a couple of those guys didn’t play last week,” safety Devin McCourty said Wednesday. “We’ll have to see where they are this week. But, when you have an offense, and you don’t play with Swift, St. Brown, Chalk, and put up (45) points, it lets you know just how explosive that offense is. So we have to be ready to go defensively.”

Here’s how the Patriots can tame the Lions’ mighty offense.

1. Put the ball in Goff’s hands

That’s how they won Super Bowl LIII, holding the league’s best offense to just three points when Goff was the quarterback for the Rams.

They made Goff beat them. And he wasn’t up to the task.

That’s how it’s been most of the time, when a Bill Belichick defense has gone up against Goff, the first overall pick in the 2016 NFL Draft.

In all, he’s faced the Patriots three times during his career. He’s 1-2 in those games. He’s completed just 49 passes on 95 attempts for 527 yards with two touchdowns and four interceptions.

Basically, Belichick has been able to take away Goff’s run game, forcing him to throw. And when he does, the Patriots have been able to pressure him, largely by utilizing the blitz. In the Super Bowl, the Pats blitzed Goff on 52.4% of his dropbacks. He went 9-of-19 for 118 yards with an interception against the blitz.

He’s been sacked nine times by the Patriots, four of those coming in the Super Bowl. Goff’s passer rating in that game was 57.9.

So it’s up to the defense to take away the run, a tall order given how good and tough the Lions offensive line is, and apply the pressure to the quarterback.

Of late, the Patriots have had trouble keeping teams out of the end zone when they get to the red zone.

The last two games, the Ravens and Packers collectively hit paydirt on 8-of-9 trips from inside the 20.

They need to force more field goals, especially if they want to help third-string quarterback Bailey Zappe, who’s expected to start, have a chance.

McCourty, asked about the team’s red zone woes on Wednesday, said the unit had to do a better job winning individual battles in the red area.

“I mean, some one-on-one throws they’ve come down with that I would say in the NFL, that’s what this league is about, you gotta make those plays,” said McCourty. “We just gotta make more plays down there and try to get the team to kick more field goals. When we haven’t, it’s hurt us.”

With the uncertainly surrounding Goff’s receivers and their availability due to injury, most notably Amon-Ra St. Brown, it’s going to behoove the Patriots to put a lid on tight end T.J. Hockenson whether St. Brown plays or not.

He almost single-handedly destroyed the Seahawks last week with eight catches for 179 yards and a pair of touchdowns. On the season, he’s averaging 14.5 yards per catch, tops on the team.

Two weeks ago, the Patriots were burned by Ravens tight end Mark Andrews (8 catches, 89 yards, 2 TDs). They need to do a better job taking Hockenson away or it’s going to be a long afternoon. Having safety Kyle Dugger for this game should make a difference when it comes to eliminating the tight end.