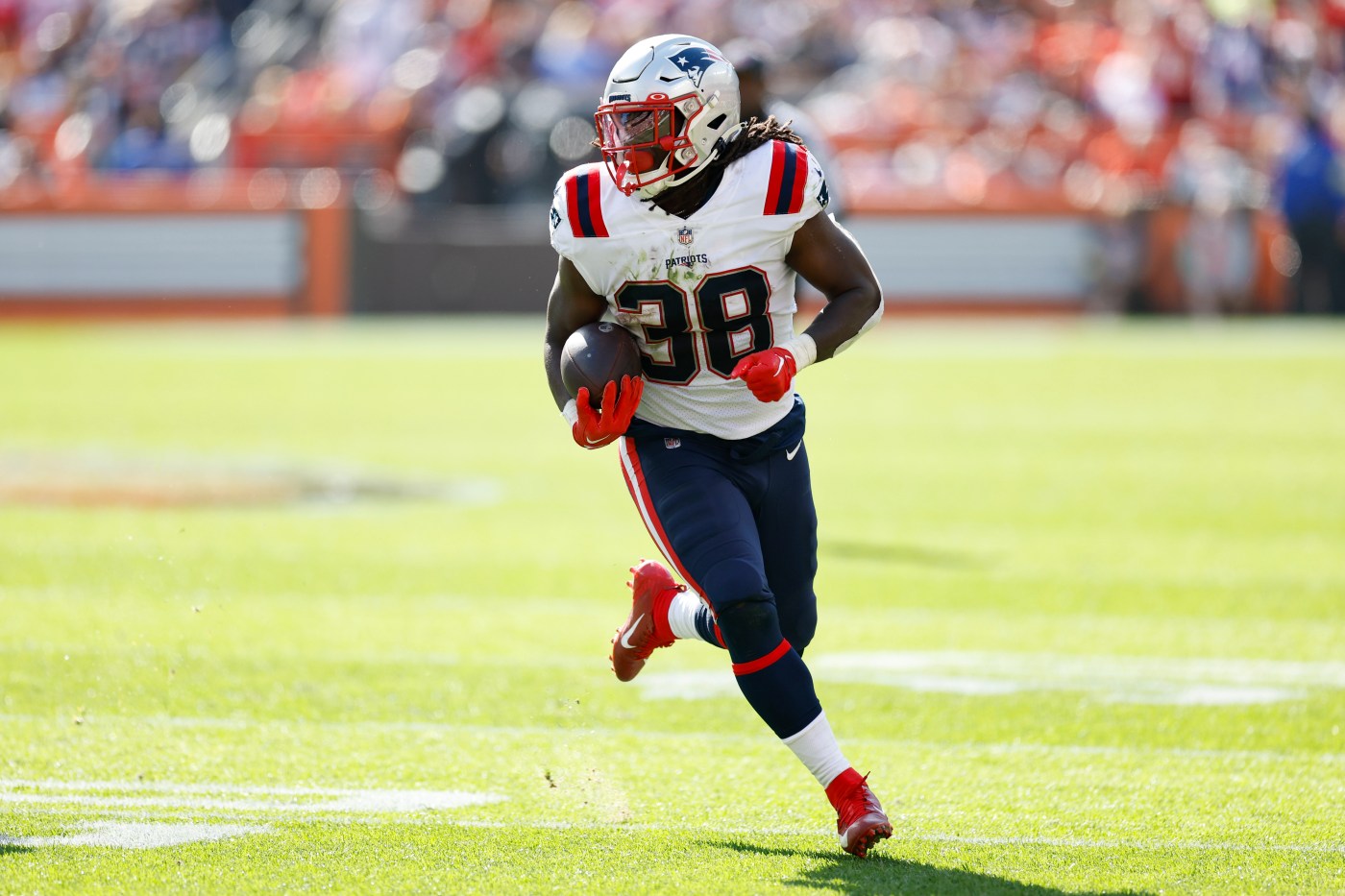 Not ground-and-pound. Not necessarily under center. Not even strictly running plays from the playbooks of Charlies Weis, Bill O’Brien or Josh McDaniels.

Rather, focus on the middle of the field, and win the game.

That’s where Tom Brady dominated for 20 years in New England, and the Pats should find a groove again Monday night versus Chicago.

The Bears own one of the league’s worst run defenses, just as the Packers, Lions and Browns did the last few weeks versus the Patriots. But that doesn’t guarantee Rhamondre Stevenson will run wild, considering Cleveland held Stevenson to under 80 yards last time out. The Patriots need to run wisely against Chicago, and hit them over the middle off play-action, something the coaches have incorporated more of the last two weeks.

The Pats also have a matchup to exploit through Jakobi Meyers, consistently their most open and productive wide receiver. Meyers owns the slot.

Here’s how the Patriots can win through him, the line of scrimmage and formationally on Monday Night Football:

Through four weeks, the Patriots had a go-to play on the ground: a weakside run left behind 6-foot-8, 380-pound Trent Brown.

The idea was simple.

Align one or two tight ends — and sometimes an extra offensive lineman — to the right, forcing the defense to shift and match strength with strength. Then, hand the ball off left for Damien Harris or Stevenson to burrow behind Brown, who should dominate any 1-on-1 matchup. Following their biggest blocker against fewer defenders and into more space, it was often advantage Patriots.

But even the Lions and Browns caught on with enough film study, and held the Patriots to one yard per carry on these weakside zone runs behind Brown. The Pats shouldn’t abandon this run, but rather find new ways to hammer defenses through their behemoth left tackle.

The yards are there to be picked up versus Chicago, which is allowing 5.4 yards per carry on runs left. No Bears defensive lineman is a match for Brown, and it will show if Stevenson and/or Harris is given enough carries.

The Bears’ slot defenders have allowed the second-most yards per attempt of any group in the NFL at 10.8 yards. Opposing quarterbacks have posted a passer rating of 115.7 when targeting the slot. So, feed Meyers.

Specifically, feed Meyers against Kyler Gordon, a second-round rookie who’s mostly responsible for the damage opponents are doing inside the slot. Meyers leads the Patriots in all major receiving categories, including targets (31), receptions (24) and receiving yards (321), despite missing a couple games.

Meanwhile, Gordon has allowed an opposing passer rating of 126 this season, per Pro Football Focus. Avoid strong outside cornerbacks in Jaylon Johnson and Kindle Vildor and attack the rookie over the soft middle.

It’s rare to see a Bears defense this toothless, but when opponents have dropped back to pass, Chicago has scared none of them.

The Bears have knocked quarterbacks down a league-worst seven times around their 11 sacks, which ranks fifth-lowest in the NFL. Only defensive end Robert Quinn drew extra attention in their first six games. Meanwhile, they refuse to boost their pressure by blitzing, calling for extra rushers on 13.9% of opponents’ dropbacks, the lowest rate in the league.

Considering that reluctance to blitz, the Patriots’ passing game should revert to how it operated Weeks 1-3: employing five-man protections. When Mac Jones was on the field, the Pats called five-man protections on more than 80% of his dropbacks. The results were mixed, but considering Chicago doesn’t field a real 1-on-1 threat and won’t overwhelm them with numbers, it only reasons the Patriots flood the field with receivers.