How the Yankees’ top prospects fared in 2022 – Boston Herald 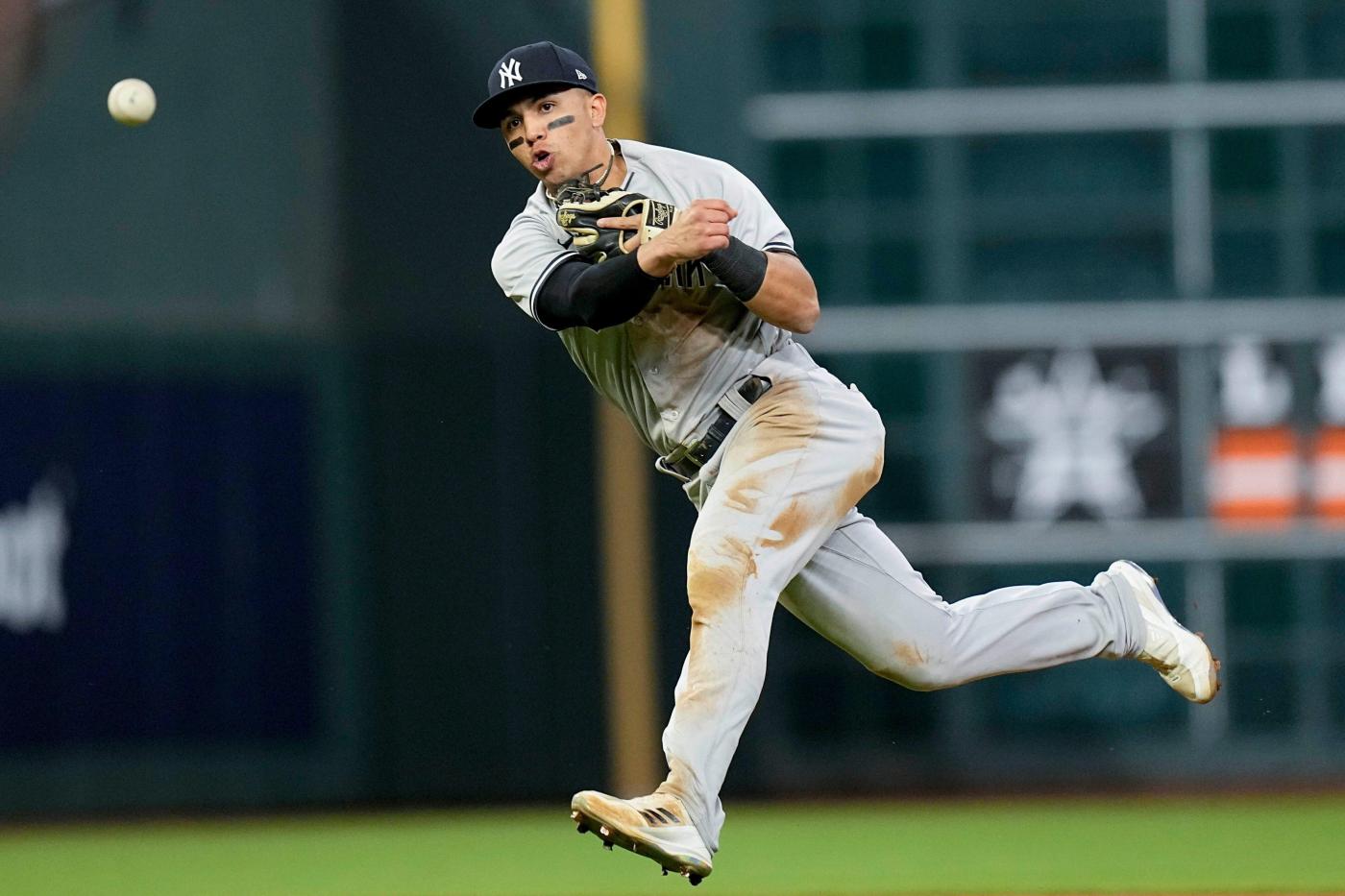 As the Yankees try to drag themselves out of the good-but-not-great territory that they’ve occupied for the last few years, their hope is that an incoming wave of young studs will be enough to put them over the top.

Cultivating a powerful prospect crop is certainly one of the best ways to secure winning seasons for the future, but the Yankees have had no problem reaching 90, 95 and even 100 wins under Aaron Boone’s tutelage. The only thing left is to bust down the door and get to the World Series. Players like Carlos Correa, Trea Turner, Justin Verlander, Corey Seager, Brandon Nimmo and Kyle Schwarber — all of whom were available as free agents during the last two offseason cycles — could have definitely helped get them there. The Yankees decided to pass on all of them, though, just like they did three years ago when Manny Machado and Bryce Harper were on the market.

Highlighting all the free agents that the front office has passed on can make someone sound like a broken record, but it is worth constantly bringing up when discussing the Yankees’ pitfalls. Especially when compared to the Mets, who have shown absolutely no hesitancy to spend big and spend often, the Yankees come off as very timid participants in the chase for a championship.

The other read on the situation is that the team truly believes that the top of their farm system is good enough to make none of this matter. If they do in fact pan out the way Brian Cashman and Hal Steinbrenner hope they will, then the Yankees not only have multiple years of club control over some burgeoning stars, they also — importantly for ownership — have them at a very cheap cost.

FanGraphs, MLB Pipeline and Baseball America all agree on the Yankees’ top three position player prospects: Anthony Volpe, Jasson Dominguez and Oswald Peraza. Peraza has already made his first cameo in Major League Baseball, and it’s definitely not out of the question for Volpe to do the same this season, with the 19-year-old Dominguez perhaps joining the fun in 2024. In looking at their most recent numbers, it’s easy to see why the club is so enamored with them.

The lone member of the group whose name has been in an MLB box score, Peraza even got a taste of the postseason, going 0-for-3 with two strikeouts against Framber Valdez in Game 2 of the American League Championship Series, the only time he was in the starting lineup during the playoff run.

Peraza spent the bulk of 2022 in Triple-A, where his on-base percentage (.329) left a little to be desired, but also where he also showed some promise in the power department. The Venezeulan infielder slugged .448 in 429 plate appearances for the Scranton/Wilkes-Barre RailRiders, racking up 19 homers. Speed and defense have always been the first thing evaluators notice about Peraza, and that showed both in his 33 stolen bases and the occasional highlight reel defensive play.

Though he played very sparingly after earning a September call-up, he finished with an impressive 15 hits in 49 big-league at-bats (.306), collecting knocks off the likes of Brandon Woodruff, Jorge Lopez, Jon Gray and Martin Perez. When he did play regularly, he played well. From Sept. 25 to Oct. 5, Peraza started seven of the Yankees’ 11 games and put up a .360/.429/.520 slash line while clubbing his first MLB home run.

All indications are that the 22-year-old will have a chance to be the starting shortstop on Opening Day, with Cashman noting that sometimes “guys push their way into the mix that may be ahead of their time.”

The consensus best player in the Yankees’ minor league ranks, Volpe was a beast at Double-A. In 110 games for the Somerset Patriots before being scurried along to the next level, Volpe slashed .251/.348/.472. He not only fits the mold of the modern, slugging shortstop, he also has speed to go with it. Volpe stole 44 bases for the Patriots and after adding six more in his short stint at Triple-A, he became the only player to swipe 50 bags and hit 20 homers in a minor league season since FanGraphs began tracking minor league stats in 2006.

Those numbers will draw comparisons to Turner, the prototype for speed and slugging in a middle infielder. Volpe’s 122 wRC+ in Double-A was also the second-highest of any player in the Eastern League who was 21 or younger, trailing only Cleveland farmhand George Valera.

Volpe did not have the same success when playing in Triple-A. As a member of the RailRiders, he hit .236/.313/.404 in 22 games, an admittedly small sample. For players making their way through the minors, the jump to Double-A is typically viewed as the one that will test their physical skills, while getting to Triple-A is all about figuring out the mental side of the game.

Triple-A is littered with ex-big leaguers and players that are years older than their early-20s opponents. Volpe was outfoxed a bit in his 99 plate appearances for Scranton/Wilkes-Barre. He struck out in 30.3% of his trips to the plate and walked in just 8.1%, the first time at any level of the minor leagues that his walk rate was below 10%. Clearly, he needs more time at Triple-A before being a Yankee, and finding a more consistent line drive stroke will help. He may not end up being Turner, but the future is bright for the New Jersey native who just reached drinking age.

His mammoth home run in the Futures Game commanded a lot of attention, but the beefy young man who’s been called the Zion Williamson of baseball has other abilities too.

In 115 combined games at Single-A and High-A, Dominguez notched 36 stolen bases and had an on-base percentage north of .370 at both levels. His offensive numbers actually improved across the board after going from Single-A to High-A. While it was just 40 games compared to the 75 he played for Single-A Tampa, Dominguez hit .306/.397/.510 with High-A Hudson Valley.

No player in the system has a higher upside than Dominguez, a muscly switch-hitter who’s been playing center field for his entire professional career. A corner outfield spot is the most likely landing spot for Dominguez in the big leagues, and eventually designated hitter whenever Giancarlo Stanton is out of the picture. The most encouraging thing for the kid nicknamed The Martian is how he’s taken his walks at every stop of his journey while cutting down on strikeouts. He fanned in just 18.5% of his High-A plate appearances, the lowest number he’s produced at any affiliate.

The .510 slugging percentage and 145 wRC+ he had there — not to mention the .405 weighted on-base average, highest of any 19-year-old across the three High-A leagues — should have Yankee fans dreaming of Dominguez bombs at Yankee Stadium, though they’ll need to practice patience before that becomes a reality.