Todays Though > News > Howie Carr: Say what? In Biden’s world, incoherence is the norm
News

Howie Carr: Say what? In Biden’s world, incoherence is the norm 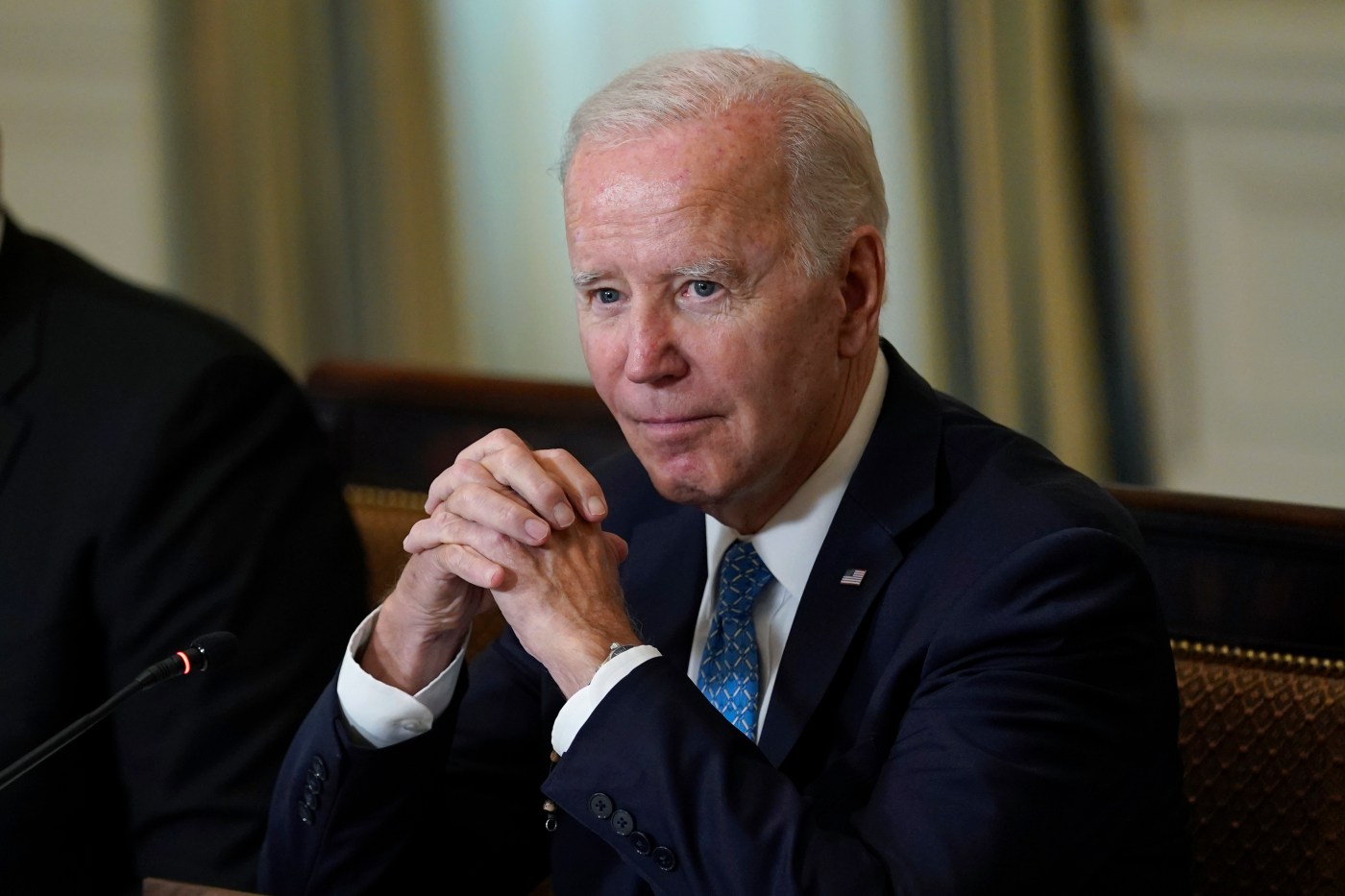 Dementia Joe Biden has heard the whispers about his, um, mental decline. But during an interview last week with state-run media, he assured a Democrat operative with a press pass that his “mental focus” is as acute as ever.

“It’s focused I say I think it’s I I haven’t look I have trouble even mentioning even saying to myself my own head the number of years. I no more think of myself as being as old as I am than fly. I mean it’s just not uh uh I haven’t observed anything in terms of there’s not things I don’t do now that I did before whether it’s physical or mental or anything else,” President Biden said.

Well, that’s a relief, that Brandon remains the same mastermind he always has been. And just in case you had any lingering doubts, after huddling with his economic advisers at the White House Monday, he gave this succinct definition of inflation:

“What’s inflation? Inflation is, at the end of the month, do you have less money from your paycheck or more money in your flayscheck.”

Personally, I’ve never gotten a “flayscheck.” Be that as it may, I don’t think properly Brandon described inflation, not even close. It doesn’t matter how big your paycheck (or flayscheck) is, if prices are going up faster than your income. Right?

Last Friday, at the White House, he brought up the price of gasoline:

“In 41 states plus the District of Columbia, the average gasoline price is less than $2.99.”

Again, not even close. Not one state has prices under $3.

He also claimed that a bullet out of an AR-15 “travels five times as rapidly as a bullet shot out of any other gun.” Not true, but Brandon says he knows about firearms.

“I have two shotguns at home. It’s a long story but I know how to foze guns.”

He continually botches numbers, bragging about “62 million billion dollars.” Or recalling that “When I came to office we were facing a once-in-a-lifetime pandemic a hundred a million people died a million people.”

He mentions cutting the deficit “one trillion five hundred thousand.”

Speaking about gay singer Elton John, he said, “By the way, it’s all his fault that we’re spending $6 billion in taxpayers’ money to help AIDS fight HHIV AIDS.”

HHIV? Is that some new variant? And how exactly does AIDS fight AIDS

But it doesn’t matter how preposterous his incoherent babbling is, Biden expects applause, and when it doesn’t come, he starts yelling.

He can’t remember anybody’s name. He mixed up the top two Democrat statewide candidates in Pennsylvania — “Please please elect the attorney general to the Senate, elect that big old boy to be governor.”

Speaking about Congress at an appearance here, Biden mentioned that Massachusetts has the “most talented denegation” in the nation, and then singled out “Jack” Auchincloss, whom he has previously mis-gendered.

On another day, he tried to rip some GOP Congressmen for taking Paycheck Protection Program loans, only … he forgot their names.

“I find it absolutely fascinating that some of the folks who are talking about big spending are the same people who got $158,000 in PPP money including what’s-her-name that woman who believes in anyway a whole lot of Republicans.”

He bragged about taking on “the RNA.” He meant the NRA. He mentioned the first quarter of the 20th century — he meant 21st. He tries to say project but it comes out “projection.” He reads “think” as “thank,” invitation as “invidation,” face as “flase.”

The word “retirees” comes out as “retiles.” He pronounces factories as “faxeries.” Protect is rendered “prect.”

“As we got off the airport today.”

“I hope the Congress the Senate will act on this in a favorable way so I can sign that law into law as rapidly as possible.”

“Folks we’re going to be able to do all this while resdoofusing reducing the deficit by $350 billion last year.”

“Tackling climate crisis as the previous spoker speaker spoke to … .”

“Whatever you believe that should not should make your blood run cold.”

“I believe we could lift America from the depths of COVID so we passed the largest economic grubbery package since Franklin Delano Roosevelt.”

“I took control. I shouldn’t do that. I’m not allowed to do that.”

“… and needs insulin every day once a week.”

“They believe America is not like I believe about America.”

“I will not stand by and watch I will not the will of the American people be overturned.”

And finally, this gem from Brandon:

“We can choose to build a better America or we can continue down this sliding path of oblivion to where we don’t want to go.”

Joe, I think we’re almost there, and it’s all on you. Slip sliding away … .