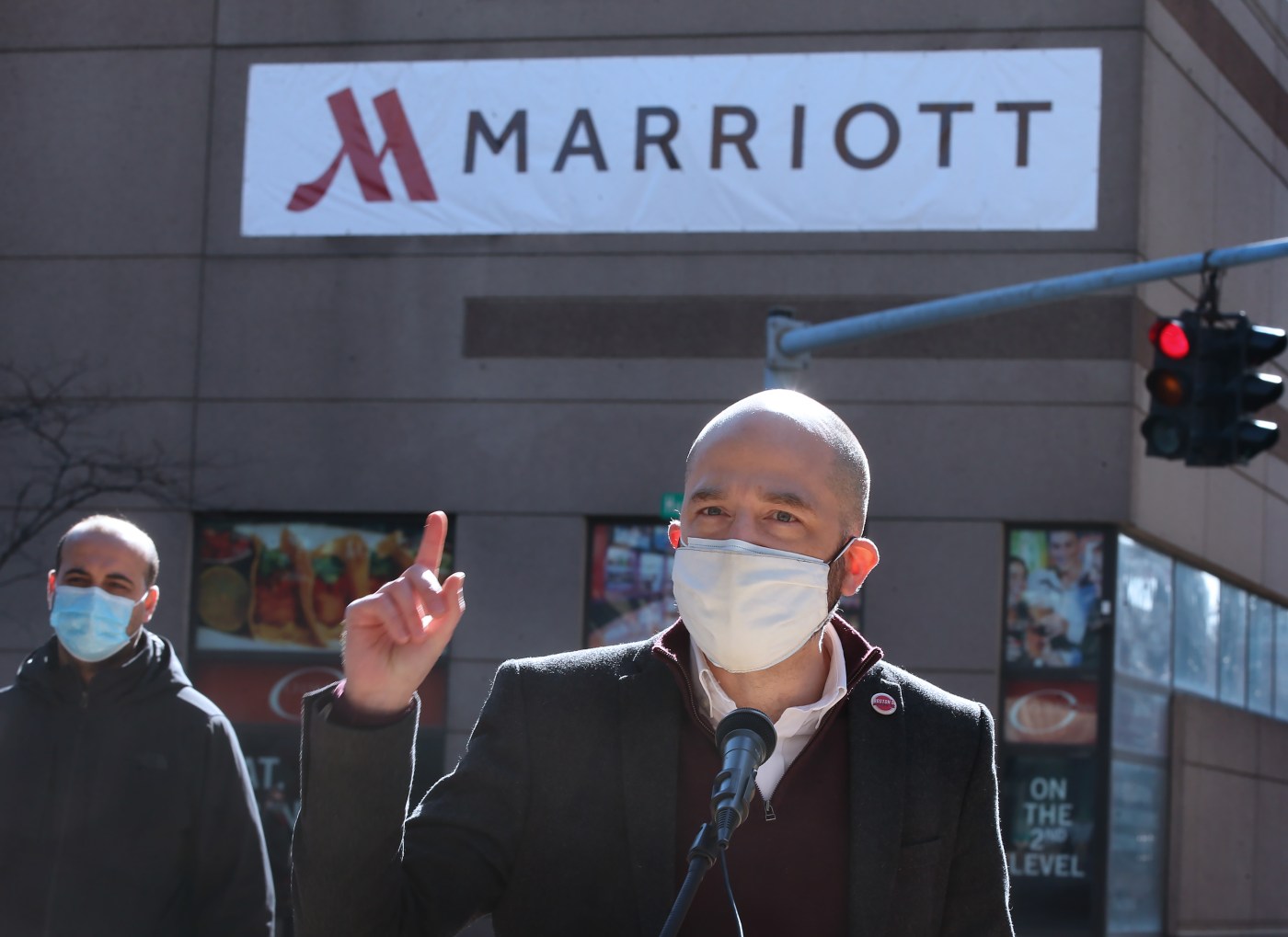 New research from my organization suggests union leaders were often working against their members’ best interests during the pandemic. Unfortunately, that’s just the tip of the iceberg when it comes to the union’s questionable tactics.

Unite Here’s membership is primarily made up of hospitality workers. By April 2020, 98% of these workers were out of a job as a result of COVID-19. Local 26 admitted that its membership — mainly in Boston and Providence — had been “disproportionately impacted” by the pandemic.

How did Local 26 come to its members’ aid? By criticizing efforts to reopen the hospitality industry.

At the beginning of the pandemic, Local 26 blamed Boston hotels for contributing to the spread of COVID-19. In May 2020, Local 26’s president, Carlos Aramayo, warned that business leaders were being “irresponsible and potentially dangerous” about re-opening the economy. Meanwhile, dozens of business leaders, including hoteliers, were actually working closely with the Massachusetts state government to develop safety standards for the hospitality industry.

By June 2020, Massachusetts was ready to begin safely re-opening hotels thanks to stringent safety measures. Despite these protocols, Local 26’s president Aramayo still was still not fully on board with the prospect of re-opening hotels and getting union members back to work. Only days before hotels re-opened, Aramayo warned Local 26 members were “very afraid to go to work.”

A month later, Aramayo publicly disagreed with efforts by Boston’s tourism bureau to begin hosting indoor conferences safely again — a critical source of business for struggling hotels in the area. In fact, Aramayo stated he did not see large events coming back until 2021 — a move that could have left hundreds of Local 26 members unemployed for more than a calendar year. These were employees Aramayo even acknowledged were “eager to get back to work.”

Local 26’s reluctance to get its members back to work may have been defensible if not for the union’s large canvassing operation throughout the 2020 elections. Local 26’s hypocrisy on this issue was similar to that of Local 11, a Los Angeles-based Unite Here local that fought efforts to re-open the hospitality industry while organizing door-to-door canvassing.

In September 2020, Local 26 bragged that its parent union Unite Here International was “knocking on more doors than the entire Democratic Party.” Local 26’s tweet came roughly a month after a senior Democratic Party official publicly condemned door knocking efforts for risking lives. By December 2020, Local 26 was boasting about its own canvassing operation, proclaiming its members were hard at work in Georgia “knocking on doors.”

But the union’s poor response to the pandemic is just its latest controversy. In 2016, a longtime union official named Henry Green was sentenced to six months in prison for embezzling more than $170,000. That’s about what 175 members paid in annual union dues in 2021.

That same year, President Obama’s Labor Department actually sued Local 26 after it refused to share collective bargaining agreements with a member. Then in 2019, the National Labor Relations Board found Local 26 and a Boston hotel illegally colluded during a union drive.

Local 26’s members deserve a leadership that will put their interests first. The union’s track record suggests the opposite.

Charlyce Bozzello is the communications director at the Center for Union Facts, a 501c3 nonprofit committed to transparency and accountability in today’s labor movement.