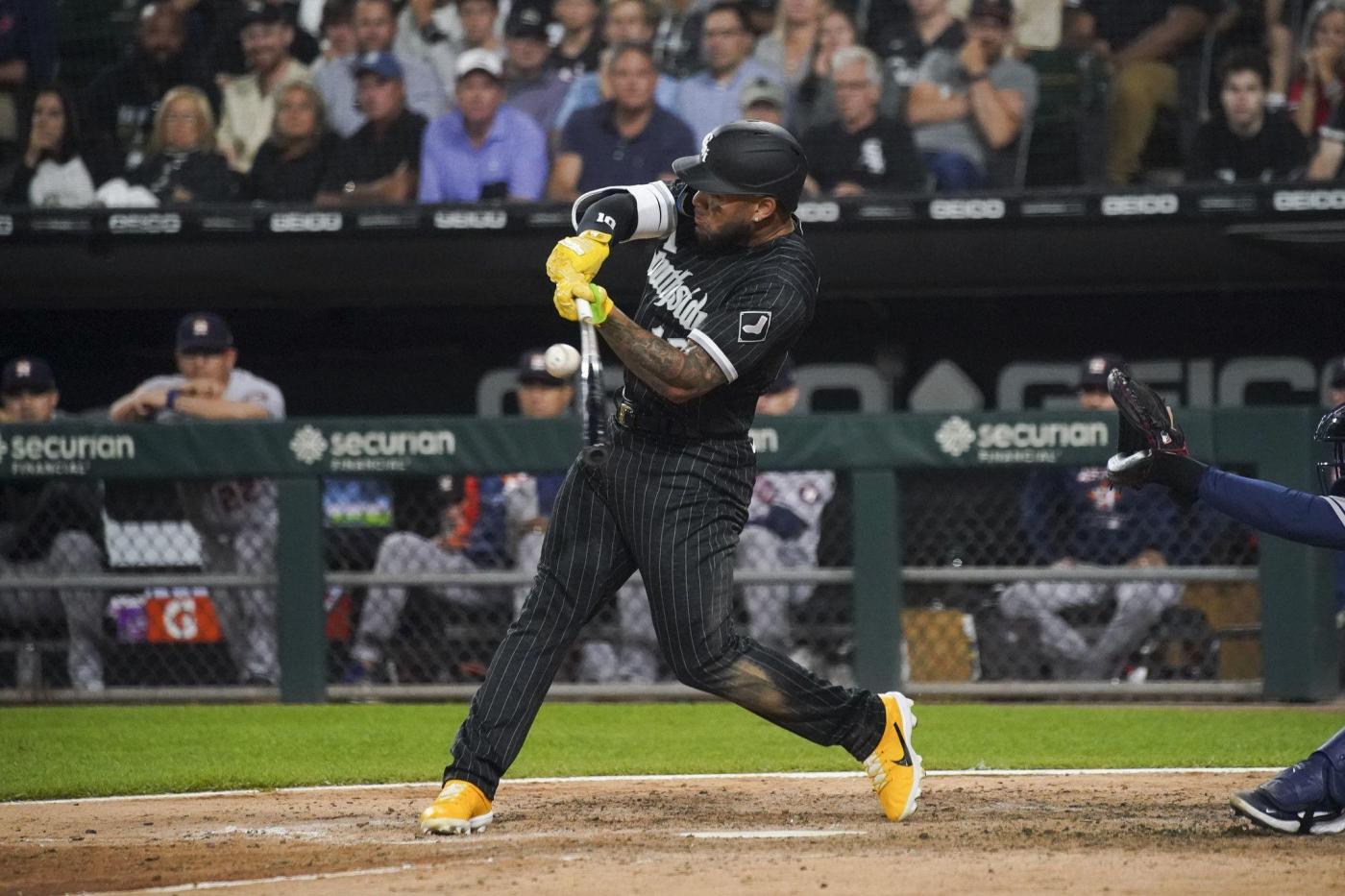 Yoán Moncada stepped out of the box after time was called in the eighth inning against the Houston Astros.

Tuesday’s game at Guaranteed Rate Field was tied and the go-ahead run was in scoring position.

The Chicago White Sox third baseman had been in a similar situation before. One night earlier, to be exact.

“I went there just trying to make contact with the ball, trying to have a good pitch to swing at and to have contact,” Moncada said through an interpreter.

For the second consecutive game, Moncada came through with a single to center. Pinch runner Adam Engel scored from third to give the Sox the lead in a 4-3 victory in front of 23,476.

“To be able to come through in those situations is special,” Moncada said. “Those are the situations where the game is on the line, and being able to produce there definitely makes you feel good.”

The Sox pulled off an impressive comeback win against the reigning American League champions for the second straight night to extend their winning streak to five. They remain tied for second in the AL Central with the Minnesota Twins, but both teams moved within one game of the first-place Cleveland Guardians.

The Sox won 4-2 on Monday as Moncada broke a 2-all tie with a two-out, two-run single to center in the eighth on the first pitch of his at-bat against Rafael Montero.

Tuesday, he took a ball against Héctor Neris and, after the brief pause, hit the second pitch into center to bring home Engel.

“That brings out the best in him,” Sox manager Tony La Russa said. “He’s great in that situation.”

“It wasn’t my sharpest outing, but it was close enough to keep us in it and then everyone else picked me up,” Cease said.

It’s the first time he allowed at least two earned runs in a start since May 24, when he gave up seven against the Boston Red Sox. Tuesday’s start ended a record stretch of 14 in a row in which he allowed one earned run or none.

“He wasn’t sharp, but if he doesn’t compete like he did, the comeback is not possible against Verlander,” La Russa said. “It’s a different kind of pat on the back. Five innings, he gutted it out.”

The Sox trailed 3-1 in the seventh when Gavin Sheets pinch-hit for Lenyn Sosa with runners on first and second and one out.

Sheets smacked a double to right. Josh Harrison and Seby Zavala scored to tie the game.

Sheets said he was thinking “get (Verlander) in the zone.”

“I was able to do that and I was just hoping Seby was going to score.”

Verlander allowed three runs on eight hits with four strikeouts and a walk in seven innings.

The Sox got to the Astros bullpen again, and Liam Hendriks pitched a perfect ninth for his fourth save in five games and his 27th of the season.

Sheets said the last couple of victories show the Sox have “a lot of fight.”

The Sox are a season-high five games over .500 and playing some of their best baseball at a crucial time.

“Every win is important,” Sheets said. “But it’s the time of the season where it’s the push, the sprint. The season is a marathon, but at this point it’s a sprint to the finals, to the playoffs. We are going to do everything we can.

“This is a huge series against a great team. We are going to focus one day at a time.”