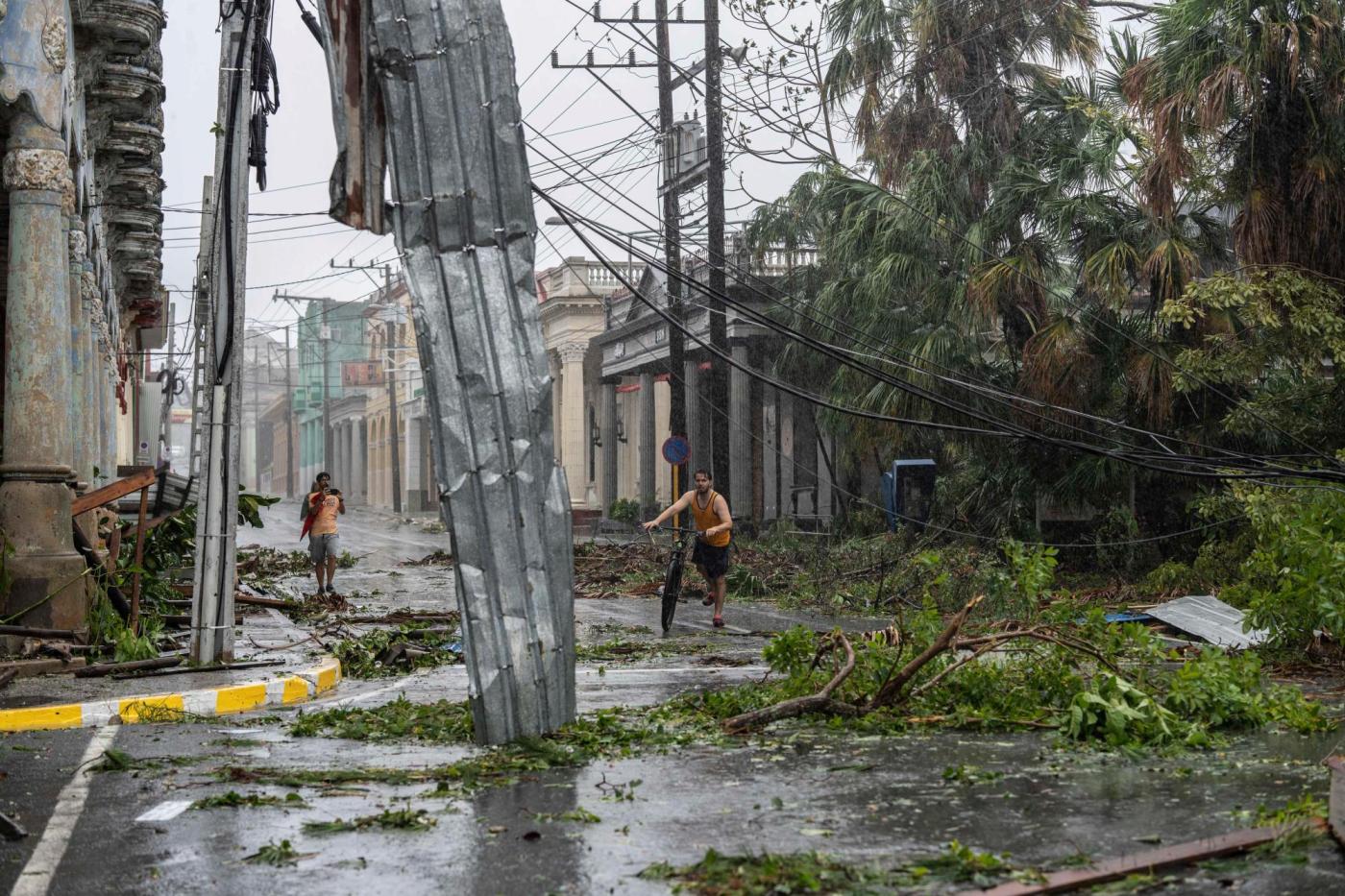 By CRISTIANA MESQUITA and CURT ANDERSON

HAVANA (AP) — Hurricane Ian tore into western Cuba as a major hurricane Tuesday and left 1 million people without electricity, then churned on a collision course with Florida over warm Gulf waters amid expectations it would strengthen into a catastrophic Category 4 storm.

Ian was expected to get even stronger over the warm Gulf of Mexico, reaching top winds of 130 mph (209 kph) as it approaches the southwest coast of Florida, where 2.5 million people were ordered to evacuate.

It was not yet clear precisely where Ian would crash ashore. Its exact track could determine how severe the storm surge is for Tampa Bay, said University of Miami hurricane researcher Brian McNoldy. Landfall south of the bay could make the impact “much less bad,” McNoldy said.

Gil Gonzalez boarded his windows with plywood Tuesday and had sandbags ready to protect his Tampa home. He and his wife had stocked up on bottled water and packed flashlights, battery packs for their cellphones and a camp stove with a large propane burner as they prepared to evacuate.

“All the prized possessions, we’ve put them upstairs in a friend’s house and nearby, and we’ve got the car loaded,” Gonzalez said. He added: “I think we’re ready.”

Florida Gov. Ron DeSantis urged people to prepare for extended power outages, and to get out of the storm’s potential path.

Hundreds of residents were being evacuated from several nursing homes in the Tampa area, where hospitals were also moving some patients. Airports in Tampa, St. Petersburg and Key West closed. Busch Gardens in Tampa closed ahead of the storm, while several Orlando-area theme parks, including Disney World and Sea World, planned to close Wednesday and Thursday.

NASA rolled its moon rocket from the launch pad to its Kennedy Space Center hangar, adding weeks of delay to the test flight.

Ian’s forward movement was expected to slow over the Gulf, enabling the hurricane to grow wider and stronger. The hurricane warning expanded Tuesday to cover roughly 220 miles (350 kilometers) of Florida’s west coast. The area includes Fort Myers as well as Tampa and St. Petersburg, which could get their first direct hit by a major hurricane since 1921.

Forecasters said the storm surge could reach 12 feet (3.6 meters) if it peaks at high tide. Rainfall near the area of landfall could top 18 inches (46 centimeters).

“It’s a monster and then there’s the confusion of the path,” said Renee Correa, who headed inland to Orlando from the Tampa area with her daughter and Chihuahua. “Tampa has been lucky for 100 years, but it’s a little scary now.”

Kelly Johnson was preparing to hunker down at her home two blocks from the beach in Dunedin, west of Tampa. She said she would escape to the second floor if sea water surges inland, and had a generator ready in case she loses power.

“I’m a Floridian, and we know how to deal with hurricanes,” Johnson said. “This is part of living in paradise — knowing that once in a while these storms come at you.”

Forecasters warned the hurricane will be felt across a large area as it plows across Florida with an anticipated turn northward. Flash floods were possible across the whole state, and portions of Florida’s east coast faced a potential storm surge threat as Ian’s bands approach the Atlantic Ocean. Parts of Georgia and South Carolina also could see flooding rains into the weekend.

As the storm’s center moved into the Gulf, scenes of destruction emerged in Cuba’s world-famous tobacco belt. The owner of the premier Finca Robaina cigar producer posted photos on social media of wood-and-thatch roofs smashed to the ground, greenhouses in rubble and wagons overturned.

“It was apocalyptic, a real disaster,” wrote Hirochi Robaina, grandson of the operation’s founder.

At the White House, President Joe Biden said his administration was sending hundreds of Federal Emergency Management Agency employees to Florida and sought to assure mayors in the storm’s path that Washington will meet their needs. He urged residents to heed to local officials’ orders.

“Your safety is more important than anything,” he said.