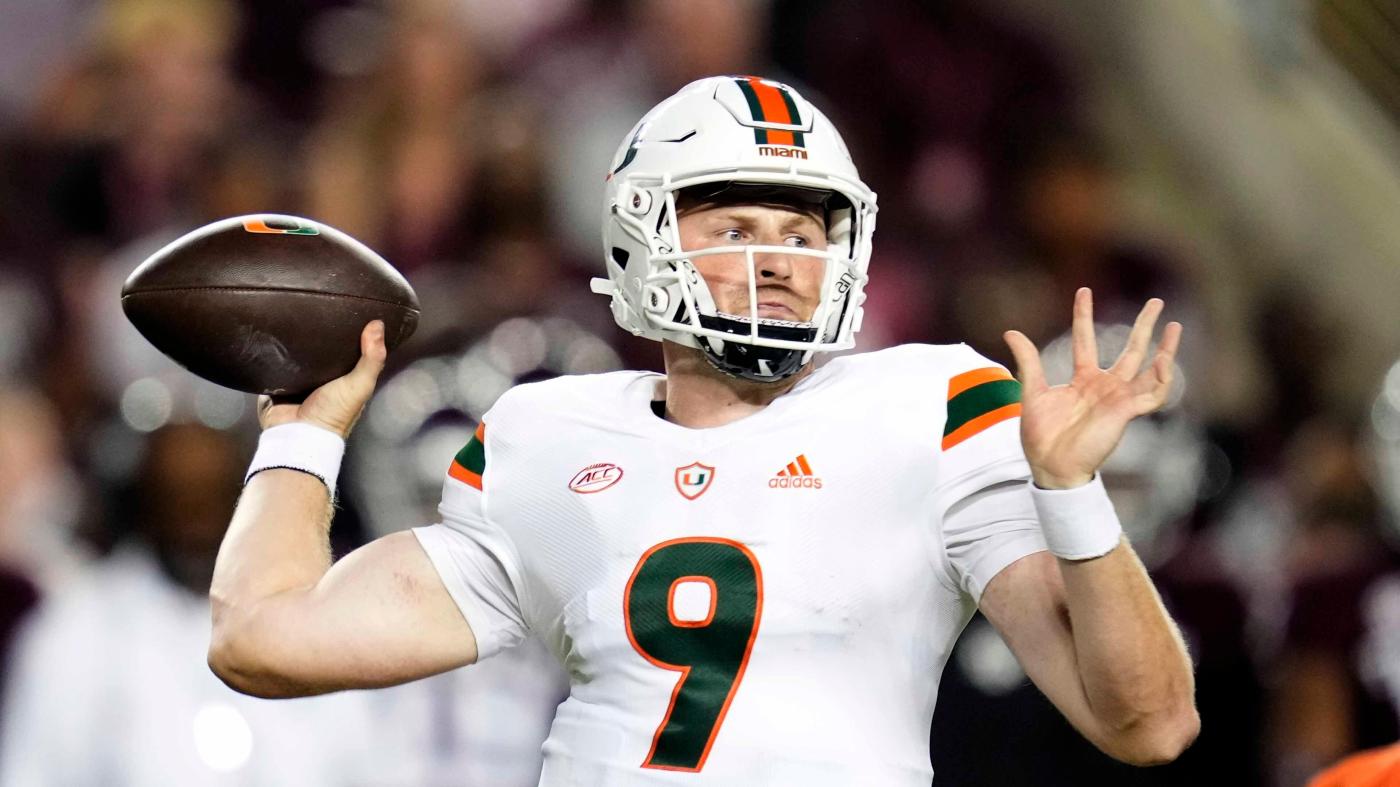 Miami Hurricanes quarterback Tyler Van Dyke had the chance to play in front of a massive, hostile crowd at Texas A&M last Saturday.

Those types of environments are what he prefers. He told reporters last week that he likes “going into another team’s stadium and making plays, making the crowd quiet.”

The third-year sophomore expanded on that answer when speaking to former Florida Gators and NFL quarterback Jordan Palmer on his show, The Room.

“We don’t really have much of a college atmosphere because we play at Hard Rock,” Van Dyke said in the interview, which was posted on Jordan Palmer’s TikTok on Saturday. “So we’re about 25 minutes away from campus, so a lot of students don’t go up most of the game unless it’s a big game.

“That’s why I like going into away stadiums and seeing that college atmosphere and making the crowd quiet.”

Palmer agreed with Van Dyke that road games were preferable.

“When you silence a crowd, when you throw a touchdown pass on third and long — it was just as loud as it gets, instantly it just got quiet and the only people celebrating are the people who actually put in the work with you: the coaching staff, the trainers, equipment managers, people on the sideline and the players,” Palmer said. “Some of my most memorable games I was a part of were just like huge road wins.”

Playing in front of more than 107,000 people at Kyle Field on Saturday, Van Dyke went 21 of 41 for 217 yards. Miami lost 17-9 in their first road game of the season. Van Dyke has a career record of 2-3 on the road, with losses to Florida State, Texas A&M and UNC, and wins over Duke and Pittsburgh.

Miami has announced a total attendance of 103,217 people for its first two games of the season, which were against Bethune-Cookman and Southern Miss. The season-opener drew 56,795 fans while the second game drew 46,422. Hard Rock Stadium, which is about 22 miles from UM’s Hecht Athletic Center, has an official capacity of 65,326.