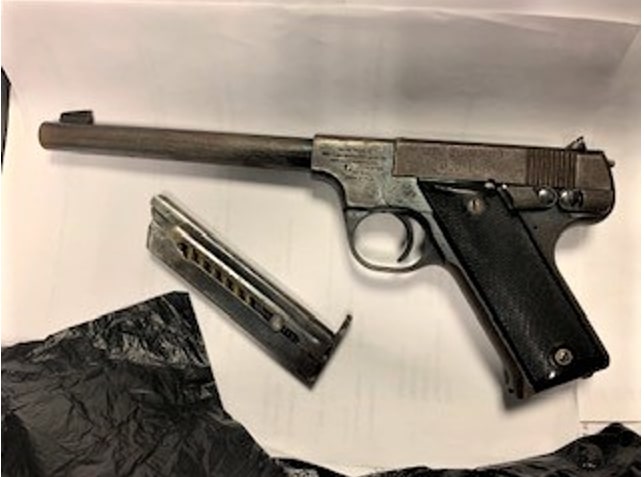 A Hyde Park man with previous violent convictions is being held without bail after police say he tried to take a loaded handgun through Logan Airport security.

“It’s incredibly brazen to think that you can move a gun — in this case, a loaded gun — through an airport security machine without it being detected,” District Attorney Kevin Hayden wrote in a statement following the man’s Thursday arraignment. “It’s sad that this man placed a child in the position of having to witness the result of his brazen and dangerous action.”

Lorenzo Beechman, 36, was arrested Wednesday evening at Boston Logan International Airport following an incident where the Transportation Security Administration says he placed a carry-on bag containing a Hi-Standard Model B .22 caliber pistol loaded with seven rounds of ammunition onto the security screening machine belt at a Delta security checkpoint in terminal A.

On Thursday, he appeared in municipal court in East Boston to be formally charged with a third offense of carrying a loaded firearm without a license, airport security violations, illegal possession of a firearm without a license with a prior violent offense, and illegal possession of ammunition. Judge Joseph Griffin ordered Beechman held without bail pending a dangerousness hearing scheduled for Wednesday.

At this hearing, the prosecutor provided further details to the allegation. Beechman, who was traveling with a child, is accused of stuffing the gun into a shoebox covered by a brown paper bag that included some of his other possessions.

TSA personnel detected the gun and then approached Beechman to ask if it was his, to which he allegedly initially agreed and then recanted and said “No, that’s not my bag. I thought you were talking about another bag.”