‘I felt like we had to move forward’ – Boston Herald 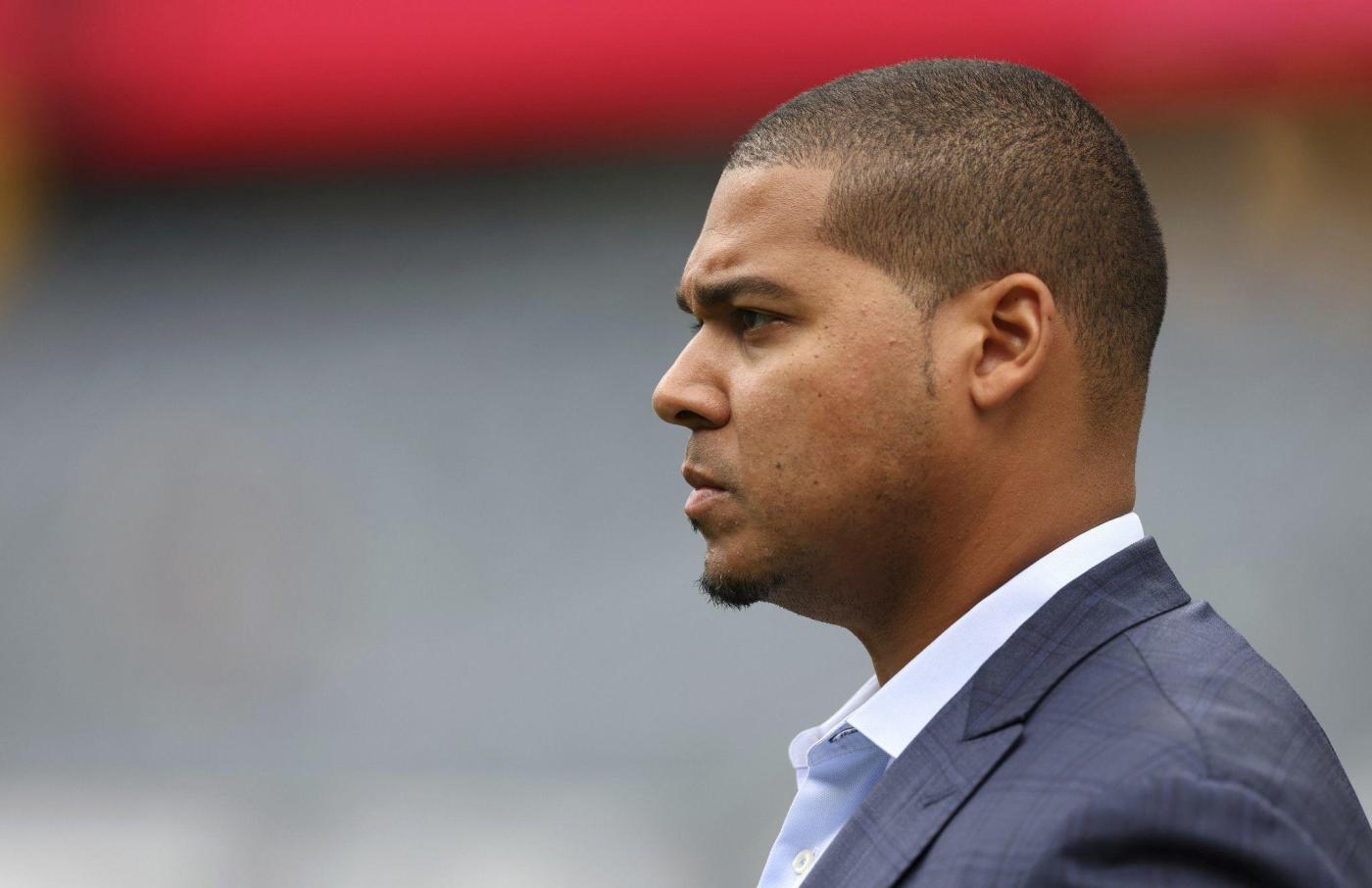 That was the prevailing reason Poles sent the fifth-year linebacker — the NFL’s leading tackler in 2022, a team captain and one of the Bears’ best players — to the Baltimore Ravens, one of three trades the rookie GM made in a week.

In a news conference Tuesday at Halas Hall about an hour after the NFL trade deadline, Poles said the Bears and Smith shared their final numbers before Week 1. Over the first eight weeks of the season, Poles weighed Smith’s fit in the Bears defense and his value to the team against his requested contract.

As Smith made known in August when he made a public trade request, he and the Bears valued his future with the team differently, a situation made more difficult by the fact Smith didn’t have an agent. And while Poles said he wants players to think highly of themselves, that gap ultimately ended Smith’s tenure in Chicago.

“The reality of it is that you have to ask yourself a question: Are we ever going to find that middle ground?” Poles said. “And from our previous conversations you gather that information, and it felt like it was highly unlikely.

“So then are you able to take the opportunity to enhance your roster now? Or are you OK with the chance that he walks away and we can’t use some of that to enhance our roster? And that’s what it came down to, and I felt like we had to move forward at that time.”

Poles said he was “bummed” that Smith didn’t work out long term, but he firmly answered a question about whether the trade — which brought a return of second- and fifth-round picks and veteran linebacker A.J. Klein — was a bet on himself. The move gives him extra draft capital to pull together his vision of the team.

“Absolutely,” Poles said. “At the end of the day, I’m the decision maker and a leader and you have to step up and make those decisions.”

“It’s important to me, the transparency and being able to communicate with those guys to understand it’s not fantasy football where we’re just plugging names and moving them around,” Poles said. “It’s deeper than that.”

The trade for Claypool is at least one the Bears offense and quarterback Justin Fields should welcome.

Poles said he thought it was important to add another “impact player” to a receiving corps whose leader is Darnell Mooney with 25 catches for 364 yards. He said the addition could benefit Fields’ confidence and growth.

“I like the way Justin is trending,” Poles said. “And I think adding another big body who’s physical, explosive, has great leaping ability, can stretch the field — but also is violent with the ball in his hand as well as a blocker — that enhances everyone around him.”

Claypool, a 2020 second-round pick out of Notre Dame, had 121 catches for 1,733 yards and 11 touchdowns in his first two seasons. His numbers are down a bit this year with 32 catches for 311 yards and a touchdown, though Poles pointed to the Steelers quarterback situation with Mitch Trubisky and Kenny Pickett as one factor.

If a second-round pick seems a steep price, the remaining wide receiver options in the 2023 free-agent class were a factor in the acquisition.

Claypool has a year and a half left on his rookie contract, and Poles said the Bears will evaluate him the rest of this season to determine whether a potential extension is an option.

It will be “a process” to get Claypool going in the Bears offense, Poles said. And it certainly will be a process as the Bears defense tries to move on from Smith and Quinn.

Poles was clear he doesn’t think it’s OK for the defense to take a step back, though that might be a realistic expectation given the sacrifices Poles made in the present for the future. He believes Bears players and coaches will continue to show effort and focus despite the moves.

“This locker room is competitive, and they don’t see this as, ‘These moves happened, so let’s throw in the white towel and forget about everything else,’” Poles said. “They just want to grind it out and they want to win.

“I don’t think anyone that’s watched our games — any single one of them, even the ones we don’t win or struggle in — they don’t see the effort, the competition, the fire. Everything we stand for is out on the field, and we’re going to continue to do that.”