Todays Though > News > I need to be educated, or re-educated, on brain injuries, and I’m probably not alone – Boston Herald
News

I need to be educated, or re-educated, on brain injuries, and I’m probably not alone – Boston Herald 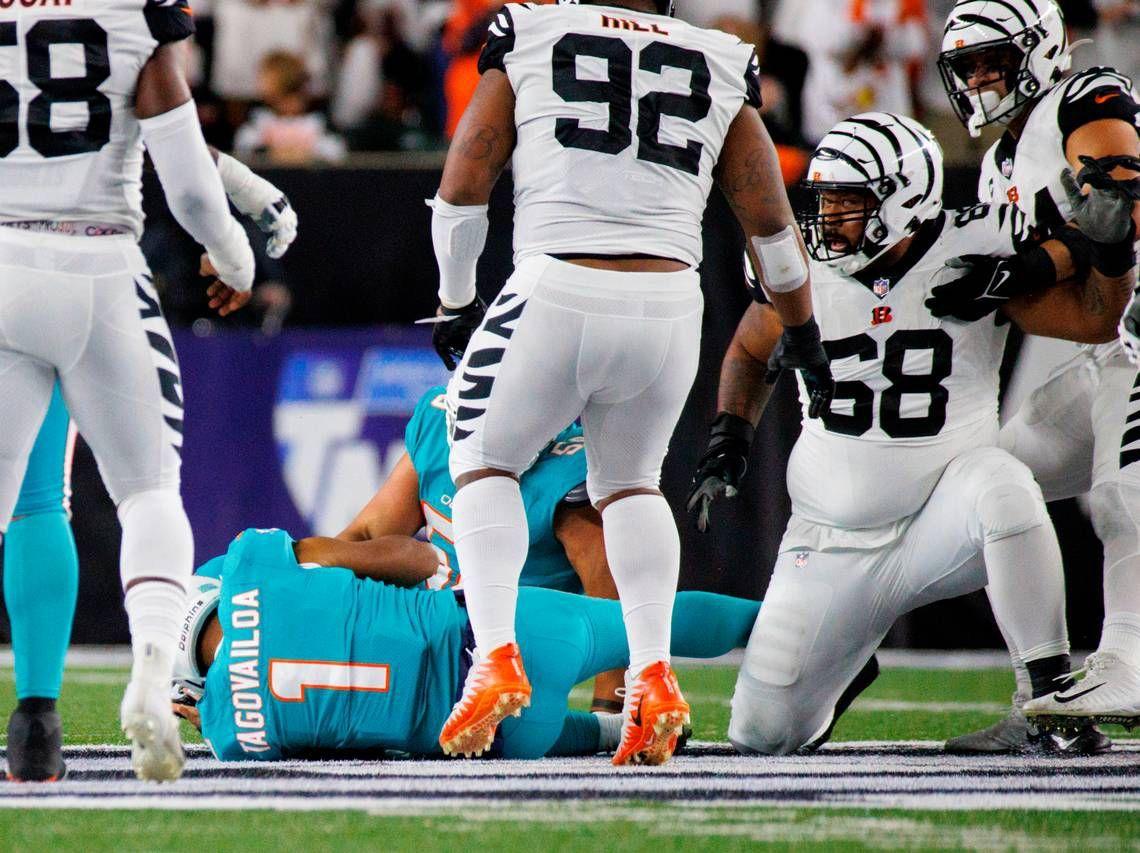 I’m one of the people that needs to be educated, or re-educated, about concussions, brain injury and head trauma. I admit it.

I would have played Dolphins quarterback Tua Tagovailoa on Thursday at Cincinnati.

I wouldn’t have played him in the third quarter of the Buffalo game, not after the way he wobbled around after hitting his head on the ground late in the second quarter after a hit by linebacker Matt Milano. I was surprised Tagovailoa re-entered the game so quickly.

But if the doctor cleared him, and he showed me he was “good,” I’d have played him in the fourth quarter of the Bills game.

That’s where I’m at with things. Honestly.

I’m a caveman when it comes to concussions and brain injuries. I would have probably played Tagovailoa against the Bills and Bengals.

I need to change my thinking.

More importantly, apparently the NFL, the players union, the unaffiliated neurotrauma consultants and many others in the football world need to change their thinking.

Changes are coming, according to a joint statement by the NFL and the players union.

As the Dolphins (3-1) prepare to visit the New York Jets (2-2) this Sunday under the guidance of backup quarterback Teddy Bridgewater, perhaps we’ll learn what those changes entail and how quickly they’ll be enacted.

This should be the starting point: The independent neurotrauma doctors should have the final decision on whether a player returns to a game or whether he suits up at all. Period.

It shouldn’t be the team doctor who makes the final decision, as policy now states.

Many teams have orthopedists, not neurologists, as their team doctor.

Tagovailoa shouldn’t have return in the game against Buffalo.

Tagovailoa, I’m told, informed doctors it was his back, not his head, that was the problem.

Regardless, the independent doctor, or UNC, should have ruled him out.

I know that now.

The UNC who cleared Tagovailoa, by the way, was subsequently fired. A source said a “number of mistakes” were made in the process allowing Tagovailoa back in the Buffalo game.

It’s questionable whether Tagovailoa should have played Thursday at Cincinnati. Most likely he shouldn’t have been on the field.

From what I observed of Tagovailoa from afar last Monday (I only saw him briefly in the locker room and saw video of his media session), he looked cogent.

From what I observed of Tagovailoa from afar Thursday against the Bengals, before he exited the game in the second quarter with a head and neck injury on a sack by Josh Tupou, he looked cogent.

Further, if I was the Dolphins head coach, and I’d observed Tagovailoa all week, and I wanted to give my team the best chance of winning, which means not having a foggy-headed quarterback, I’d have started Tagovailoa.

As things stand now, Bridgewater is the Dolphins’ starter this Sunday against the Jets and for the foreseeable future.

It appeared to many people, myself included, Tagovailoa simply “had his bell rung” against Buffalo.

You shake it off, clear your head and you’re good to go.

Football needs to work on its messaging.

Football needs something along the lines of, “If you have your bell rung, you might have brain damage.”

Numerous football injuries send up the multi-week absence warning flare — the high ankle sprain, a calf injury, a bone bruise, etc. — but “having your bell rung” isn’t on that list.

How does such an attitude change manifest itself in Tagovailoa and his treatment/recovery?

Let’s just say if this attitude change is real, Tagovailoa should be sidelined at least two games and possibly as long as four games.

You wouldn’t allow a player to return one week after being diagnosed with a pulled hamstring even if he swore he could play. Returning too soon enhances his risk for further injury and decreases his chances for full recovery.

A brain injury needs to be regarded in the same fashion.

Perhaps now, it will.