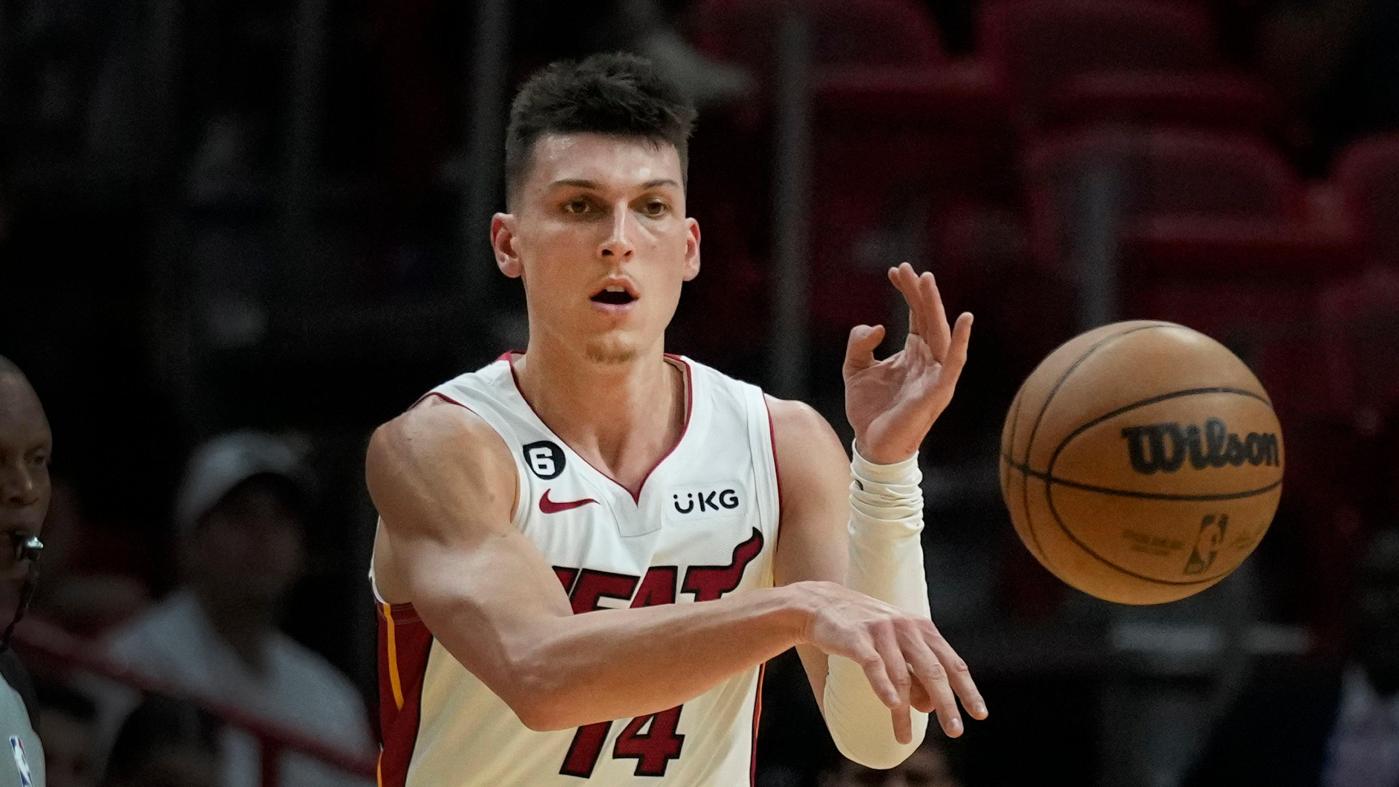 Tyler Herro said Friday that the NBA’s after-the-fact ruling that his game-winning 3-pointer with 2.5 seconds left in Wednesday night’s victory over the Sacramento Kings should not have counted because of a traveling violation was of no concern.

“I didn’t have any thoughts, to be honest,” Herro said ahead of Friday night’s game against the Indiana Pacers at Gainbridge Fieldhouse. “I really don’t care at all.”

So he doesn’t sneak the occasional peek at the league’s last-two-minute officiating reports?

Heat coach Erik Spoelstra said he had no inkling in real time that Herro’s shot could have been ruled a violation, with the NBA a day later noting that Herro’s changed his pivot foot after ending his dribble.

“We have been in those situations,” Spoelstra said. “They’re just really tough calls at the end of games and we’ve been on both sides of it. So I can understand probably the frustration on their side of it. As Tyler went into his move, I thought he got to his spot, he shot faked. It looked normal. It didn’t look like any kind of egregious travel. So that’s really it.

“The game can be decided in so many different ways and not just a whistle at the end of a game.”

Spoelstra said the primary reason that Nikola Jovic did not travel was because of concern with flying after the rookie big man suffered a nasal bruise during informal court work Thursday at FTX Arena.

“He was playing one-on-one yesterday,” Spoelstra said. “I won’t say who caught him in the nose, but that’s part of player development. Those are not off days for our young guys who are not getting minutes.

“So he had a heck of a workout and finished up with one-on-one and he put his nose into the fray and caught one. That’s part of it.”

Spoelstra said prudence was among the reasons that Heat did not travel with Jimmy Butler, with the forward missing a second consecutive game due to hip soreness.

“Yeah, I think this was good for him,” he said, with the Heat’s next game after Friday not until Monday night against the visiting Portland Trail Blazers. “It’s really been just more maintenance.”

Listed as questionable for Friday night’s game, center Bam Adebayo said he was pushing through a knee bruise.

“I mean, just knee to knee, something minor,” Adebayo said after the morning shootaround. “I woke up the next morning, it was kind of sore, and I told the training staff.

“If I can walk, I feel like I can play. That’s just how I feel, me personally. I’ve been like that since I got in the league.”

With the Heat having previously listed Butler, Jovic, Victor Oladipo and Omer Yurtseven as out for Friday, the Heat summoned undrafted rookie Jamal Cain back from their G League affiliate, the Sioux Falls Skyforce.

“It was definitely surprising,” said Cain, who is on a two-way contract, eligible to be active on the Heat roster for a maximum of 50 games. “It was right after a Sioux Falls practice and just got the call that I was going to be leaving in like two hours. So it was definitely a surprise. But like I said, man, from the beginning I just wanted to stay ready and just be ready for my opportunity.”

Spoelstra said the goal remains to have Cain available for the Skyforce for Saturday’s G League opener on the road against the Iowa Wolves.

“Where we are right now in the vicinity,” Spoelstra said, “I think he’s still going to be able to get there for the opener. It’s really just for this game because we weren’t sure fully about Bam and Dewayne [Dedmon, who has been dealing with foot issues], and then Niko is out and Omer is not ready.

“So we just wanted to have another body. It was a pretty easy flight. He actually got here shortly after we did [Thursday] night.”