‘I’m focused on what I can do better’ – Boston Herald 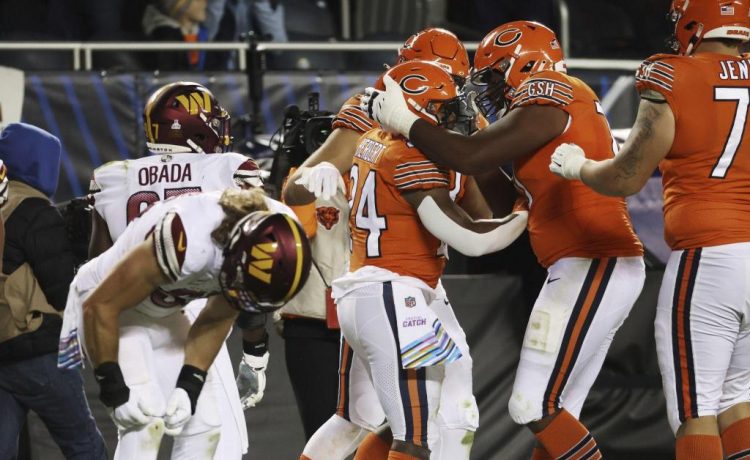 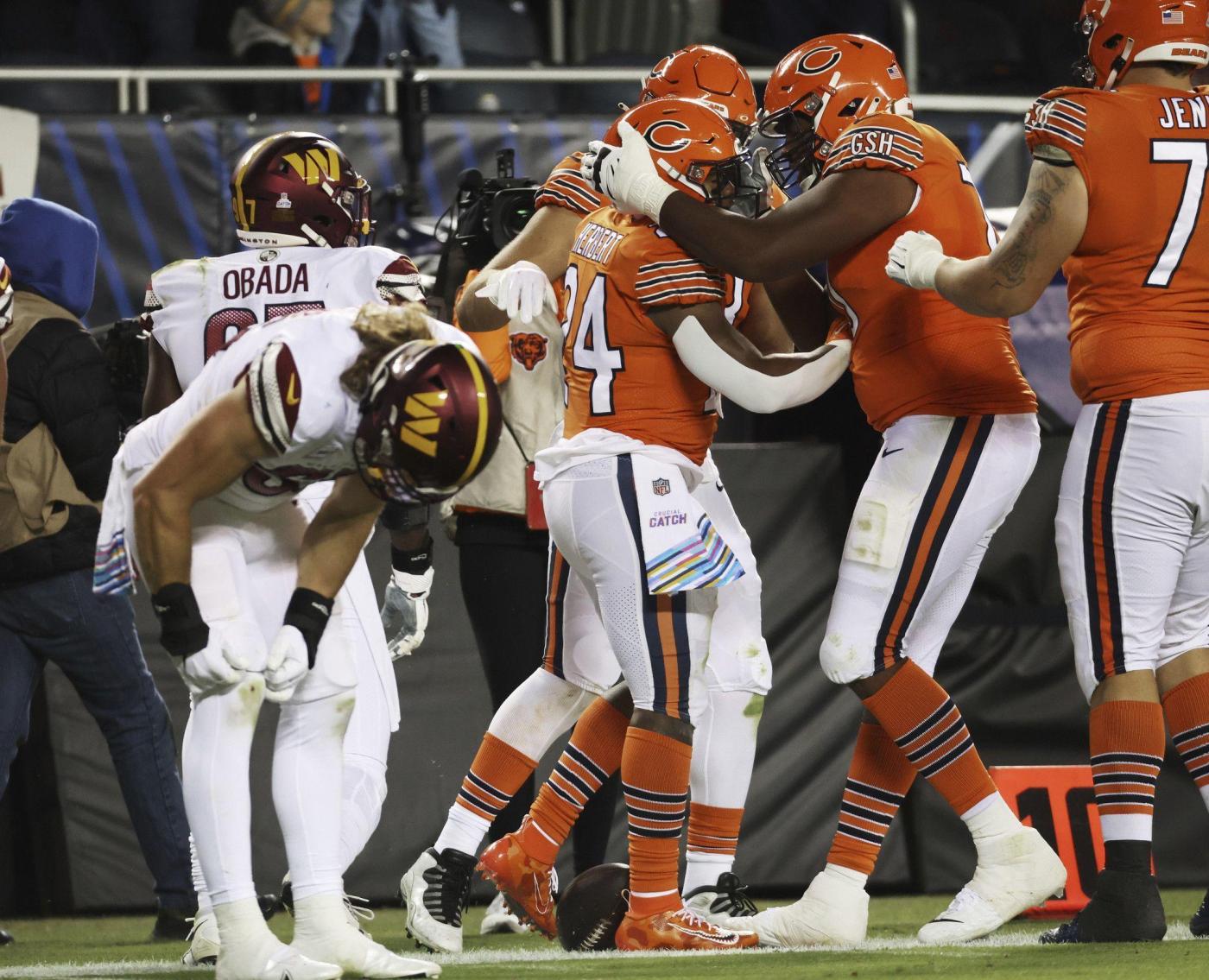 The clock moved past 1 a.m., then 2 then 3 on Friday, and Chicago Bears running back Khalil Herbert still was stirring, still restless, still obsessing over one play.

The Bears’ 12-7 prime-time loss to the Washington Commanders wasn’t sitting well, in particular because of the golden scoring opportunities the Bears let slip. Most notably for Herbert, a fourth-and-goal play from the 1 in the second quarter left him agitated.

Five hours after the game, Herbert jumped out of bed and went for his tablet, compelled to review the sequence one more time. Then twice. Three times.

Taking a handoff from Justin Fields, Herbert charged up the middle toward the goal line. But the offensive line’s push wasn’t substantial enough, and somewhere in a swarm of bodies, his momentum was swallowed inches shy of the end zone.

Instead of a touchdown for a 6-0 lead, it was a turnover on downs. Commanders ball.

That was one of three trips inside the red zone Thursday night in which the Bears failed to score, one of 11 snaps from the Commanders 6-yard line or closer that they failed to take into the end zone.

“I’m still thinking about the play,” he said Tuesday. “Really I’m just trying to figure out what I can do differently if I’m presented that situation again. How can I get in?”

For a moment or two, Herbert thought of Bears great Walter Payton and all those over-the-top leaps for touchdowns.

“That’s what I was thinking in my head as I kept watching the play,” Herbert said. “Might try and do that next time.”

Admittedly, though, that’s not his forte.

“I’ve never been a hurdle or jump guy,” Herbert said. “I feel like I’m better with both my feet on the ground. So that wasn’t my first thought. But watching that play over and over again, I might have to add that in the bag.”

For a 2-4 team that hasn’t won in October and heads to Gillette Stadium for a “Monday Night Football” clash against the New England Patriots, the Bears have been doing a lot of solution seeking in recent days. Herbert is trying to take care of his share, looking for any individual tweak or improvement to energize a Bears offense that ranks 28th in the NFL in total yards (293.7 per game), last in passing yards (122.8) and 31st in scoring (15.5 points per game).

Herbert is having an encouraging second season. He leads the Bears in rushing with 403 yards through six games. His 6.4 yards per carry leads all NFL running backs with at least 40 attempts. His 64-yard explosion on the first play of the Bears’ third possession Thursday was the longest run of Herbert’s career and the Bears’ longest play from scrimmage this season.

“The O-line just did a good job of letting me get to the second level,” Herbert said. “Once there, it’s our job to make that last guy miss. The whole cutback lane really just opened up and I was able to see it and hit it.”

Off he went, all the way down to the Commanders 3-yard line.

But when asked Tuesday to identify areas of his 2022 season to date that he’s pleased with, Herbert cut in a different direction.

“Honestly, I don’t really have too much that I’m pleased with,” he said. “I’m more focused on what I can do better, what I need to improve to help us win, to find ways to get the ball in the end zone.”

Herbert stressed the need to become more reliable in pass protection, to become a better receiver out of the backfield and to make the first tackler miss more consistently. He again emphasized helping the Bears reach the end zone and lamented that second-quarter play last week that fizzled.

“The play is designed to go where it’s designed, and you’ve just got to hit it and hope guys get a push and that you’re able to get in,” Herbert said. “I don’t really have too much time to sit there and decipher where I’m going to go. You’ve just got to get the ball and go.”

Next time, Herbert believes he’ll figure out a way to finish. And he’s hopeful that his continued production can lead to more opportunities.

Coach Matt Eberflus vowed Tuesday to continue splitting backfield time between David Montgomery and Herbert. The Bears rushing attack has been one of their strengths this season. Eberflus also offered this: “We’re just going to go with the hot hand.”

Herbert will continue working to turn up the temperature of his game to make the Bears offense more potent. He knows the urgency — and will sacrifice sleep if it helps.