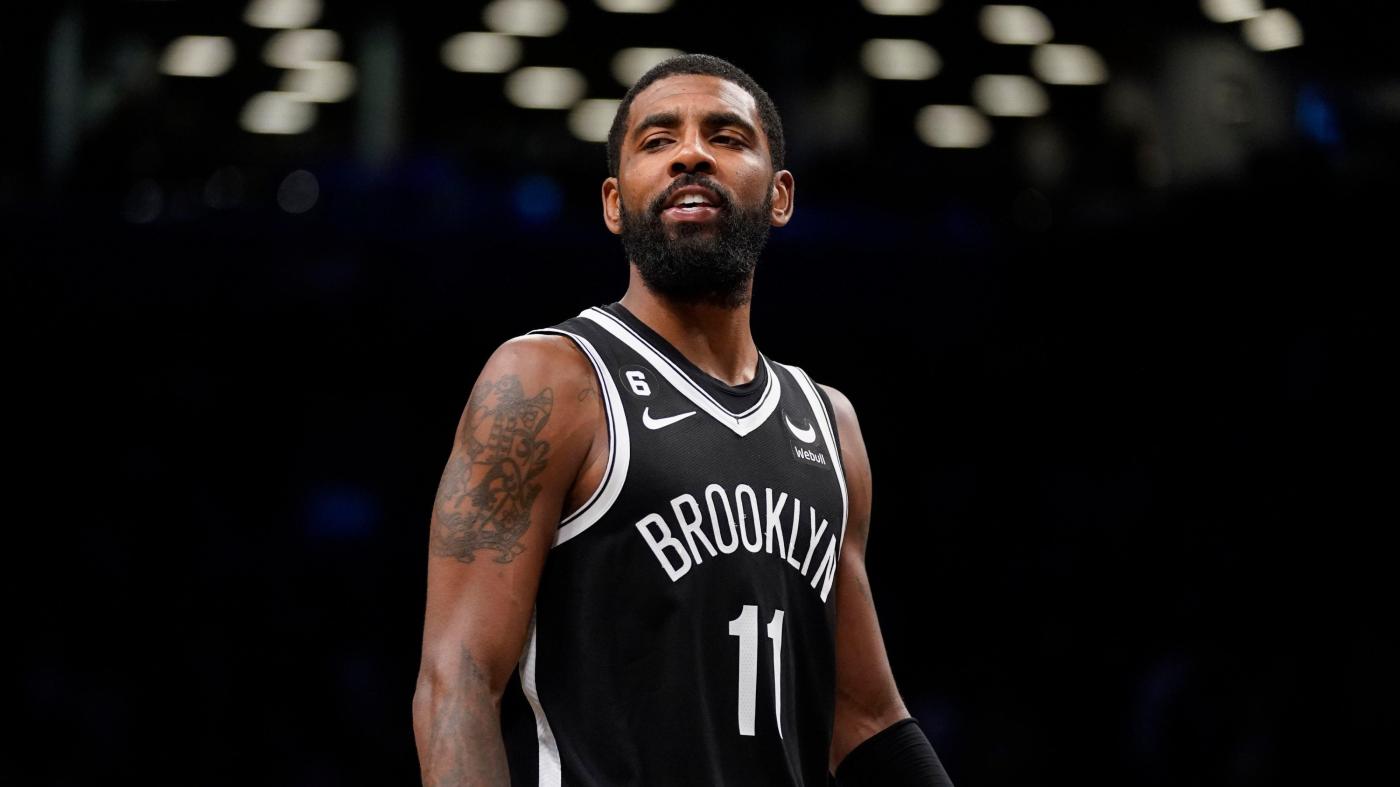 Nets star Kyrie Irving doesn’t believe he did anything wrong by posting ‘Hebrews to Negroes: Wake Up Black America’ on his social media channels – a move that was met with much backlash because of its antisemitic implications, even public backlash from Nets owner Joe Tsai.

Irving, after the Nets lost their fourth straight game, said he does not agree with the notion he was promoting antisemitic material.

“I embrace all walks of life, and you see it on all my platforms. I talk to all races, all cultures, all religions,” he said. “And my response would be, it’s not about educating yourself on what Semitism is or what Antisemitism is. It’s really about learning the root words, or where these come from, and understanding that this is an African heritage that is also belonging to the people. Africa is in it, whether we want to dismiss it or not.

“So the claims of antisemitism, and ‘who are the original chosen people of God?’, and we go into these religious conversations, and it’s a big no-no. I don’t live my life that way. I grew up in a melting pot. And I say the melting pot of all races: white, black, red, yellow, Jewish, Christian, Muslim, and you see the way I live my life now. I’m not here to be divisive, so they can push their agenda — I don’t want to say ‘they’, because I’m not identifying any one group or race of people — but I’m in a unique position to have a level of influence on my community, and what I post does not mean that I support everything that’s been said, or everything that’s being done, or (that) I’m campaigning for anything. All I do is post things for our people in my community, and those that it’s actually going to impact. Anybody else that has criticism that obviously wasn’t meant for them.”

The Rolling Stone described the movie/book as “espousing ideas in line with more extreme factions of the Black Hebrew Israelites, which have a long history of misogyny, homophobia, xenophobia, Islamophobia, and especially antisemitism.”

Irving denied he did anything wrong by posting the documentary because it’s available on Amazon Prime Video.

“It’s 2022. It’s on Amazon, a public platform,” Irving said. “Whether you want to watch it or not is up to you. There’s things being posted every day. I’m no different from the next human being, so don’t treat me any different. You guys come in here and make up this powerful influence that I have [sic] (and say) you cannot post that. Why not? Why not?

“Everybody posts everything else. You saw the word n—-r going up on Twitter, right? I don’t hear uproar over that. I’m not hearing people being divisive of what’s going on or this or that. I’m not comparing the Jews to Blacks. I’m not comparing the whites to Blacks. I’m not doing that. That conversation is dismissive and it constantly revolves around the rhetoric of who are the chosen people of God? I’m not here to argue over a culture or a person or a religion and what they believe. This is what is here. It’s on a public platform. Did I do anything illegal?

“Did I do anything illegal? Did I hurt anybody? Did I harm anybody? Am I going out and saying that I hate one specific group of people? So out of all the judgment that people got out of me posting – without talking to me – and I respect what Joe (Tsai) said, but there has a lot to do without ego or pride with how proud I am to be of African heritage but also to be living as a free Black man here in America knowing the historical complexities for me to get here. So I’m.”

Irving also said he does not agree with Alex Jones’ stance that Sandy Hook victims were crisis actors, but he stood by the 20-year-old clip he posted on Sept. 15 of Jones promoting the New World Order, a conspiracy theory about secret societies in the government, which also has its roots in antisemitism.

“That was a few weeks ago. I do not stand by Alex Jones’ position, narrative, court case that he had with Sandy Hook or any of the kids that felt like they had to relive trauma or the parents that had to relive trauma or to be dismissive to all the lives that were lost during that tragic event,” he said. “My post was a post that Alex Jones did in the early 90s or late 90s about secret societies in America, of occults – and it’s true. I wasn’t identifying with anything being a campaign for Alex Jones or anything. It’s just here are posts…and it’s funny, it’s actually hilarious because out of all the things I posted that day that was the one post everyone chose to see. It just goes back to the way our world is and works. I’m not here to complain about it. I just exist.”

On his way off the podium, Irving said of the outrage of the post: “I wish we felt the same about Black reproductive rights, and all the things that actually matter (instead of) what I’m posting.”

Irving said he went home to get ready for the Nets’ Thursday matchup against the Dallas Mavericks and as part of his usual routine, he wanted to “watch a program or show that’s education first that either talks about history or finance, talks about the state of the world” because he “didn’t get it in school.”

“All I did was get seven hours a day being indoctrinated and brainwashed on a history that doesn’t belong to me or my ancestors,” he said.

Irving said he searched the meaning of his name on Google and found that his name, ‘Kyrie,’ translates to ‘a title given to Christ,’ or in Hebrew, ‘Yahweh.’ He said he then typed ‘Yahweh’ into Amazon Prime and found the documentary that caused Nets owner Joe Tsai to publicly condemn him on Twitter.

“History is not supposed to be hidden from anybody, and I’m not a divisive person, when it comes to religion,” he said before acknowledging he watched the documentary. “I watched it. I watched it and read books. I had a lot of time last year to read a lot. To read a whole bunch, good and bad about the truth of our world.”

Irving’s comments and explanation come after Tsai tweeted his disappointment with the movie Irving decided to share on his social media platforms.

“I’m disappointed that Kyrie appears to support a film based on a book full of anti-semitic disinformation,” Tsai wrote. “I want to sit down and make sure he understands this is hurtful to all of us, and as a man of faith, it is wrong to promote hate based on race, ethnicity or religion. This is bigger than basketball.”

The NBA also condemned Irving’s post with a public statement, though that statement initially misspelled the word antisemitism.