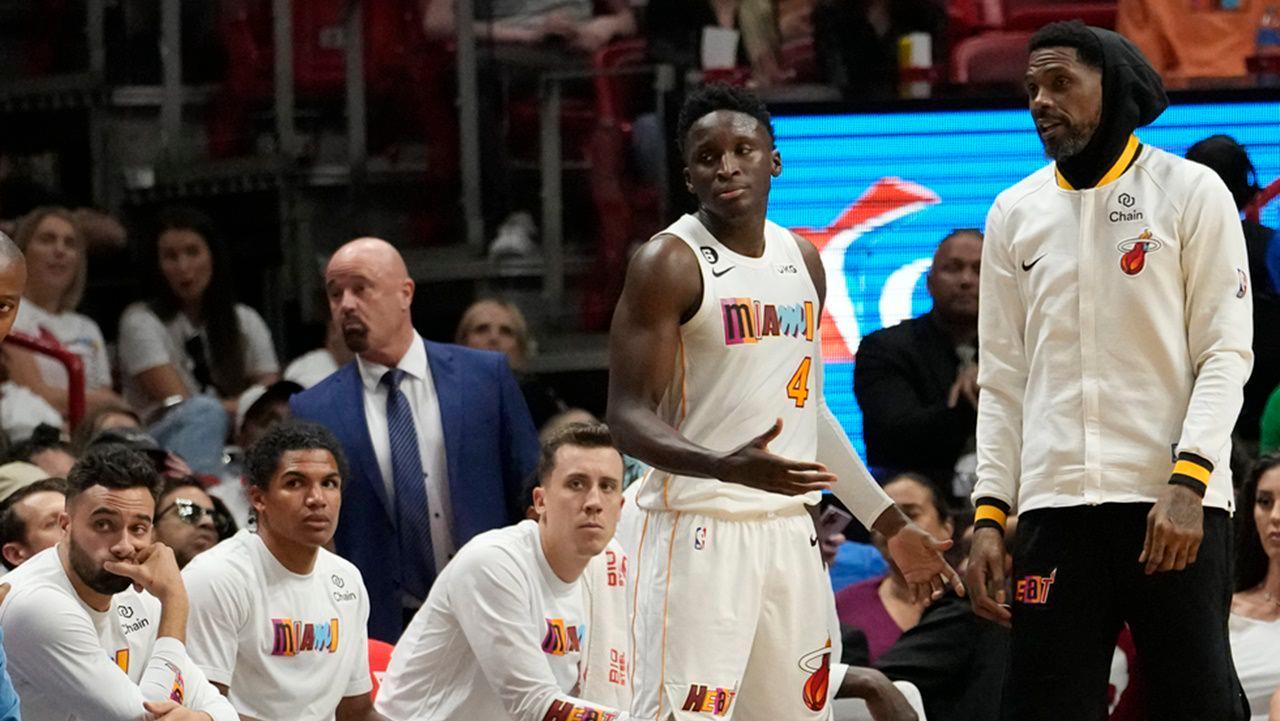 The schedule ultimately balances out, with a home-and-home series against each opponent in the Western Conference, four games apiece against the other teams in the Southeast Division, and then three or four games against the remainder of the East.

Yet when it comes to sizing up the Heat in the conference race, even at this late-December date, it remains problematic.

The Heat have yet to face the Brooklyn Nets and won’t open that three-game series until Jan. 8

The Heat have yet to face the Milwaukee Bucks and won’t open that four-game series until Jan. 12.

The Heat have yet to face the New York Knicks and won’t open that four-game season series until Feb 2.

The Heat have yet to face the Philadelphia 76ers and won’t open that three-game series until Feb. 23 (!).

And even the four-game season series against the Cleveland Cavaliers has three games remaining, with that series not to resume until Jan. 21.

In other words, taking the temperature of the Eastern Conference playoff race remains an abstract for Erik Spoelstra’s team beyond the Boston Celtics, with the Heat down 2-1 in that season series that concludes Jan. 24.

To put into perspective how imbalanced the Heat’s schedule has been, consider that with Tuesday night’s game against the Chicago Bulls, only one game remains in that three-game season series, and that Friday’s meeting with the Indiana Pacers on the second night of this four-game homestand will leave only one remaining meeting in that four-game season series.

The disproportionate build of the schedule is such that by Jan. 6 the Heat will have completed season series against the Portland Trail Blazers, Golden State Warriors, Sacramento Kings, Phoenix Suns, Minnesota Timberwolves, San Antonio Spurs, Los Angeles Clippers and Los Angeles Lakers . . . before facing for the first time the the Nets, Bucks, Knicks, 76ers, Orlando Magic, New Orleans Pelicans and Dallas Mavericks.

With that imbalance comes an imbalance in the Heat’s strength of schedule.

And that’s where recent optimism runs straight into a somewhat sobering reality.

According to the math of PowerRankingsGuru.com, the Heat, going into Tuesday, faced the NBA’s fourth easiest schedule to this point, next to face the fourth most difficult schedule the balance of the season.

According to Tankathon, the Heat face the fourth toughest remaining schedule, with opponents with a .513 aggregate weighted winning percentage.

According to ESPN’s Relative Percentage Index, the Heat went into Tuesday having played the NBA’s second softest schedule to this stage, ahead of only the Denver Nuggets.

Schedule aside, what the Heat have in their favor is the possibility of having their preferred starting five in place for more than the 11 such games entering Tuesday, when they open with Bam Adebayo, Caleb Martin, Jimmy Butler, Tyler Herro and Kyle Lowry.

“They’ve been our best, most consistent defensive lineup,” Spoelstra said. “First and foremost, I think we’ve been able to establish our game more often than not. And they’re continuing to find that continuity offensively to bring out the best in each other.

“That’s ultimately the goal, five guys making each other better, and making it a positive on the scoreboard, which they’ve been able to do.”

That’s where health also could overcome the challenges of the schedule ahead, with Butler, Adebayo and Herro all entering Tuesday averaging at least 20 points.

“I love the efficiency of the guys that are doing it,” Spoelsta said. “Bam is one of the most efficient guys in the paint. He’s really establishing himself as a pain presence. Jimmy is having the most efficient year of his career, so far. Tyler just continues to grow in terms of his shot creation, but also his playing, which is really important.

“Outside of them, we’re working to improve our overall consistency and flow offensively. Throughout the course of the game, can we continue to put pressure on teams and put points on the board.”