Todays Though > News > In a ‘microwave society,’ patience is required to evaluate QB Justin Fields — especially with the Chicago Bears offense around him – Boston Herald
News

In a ‘microwave society,’ patience is required to evaluate QB Justin Fields — especially with the Chicago Bears offense around him – Boston Herald 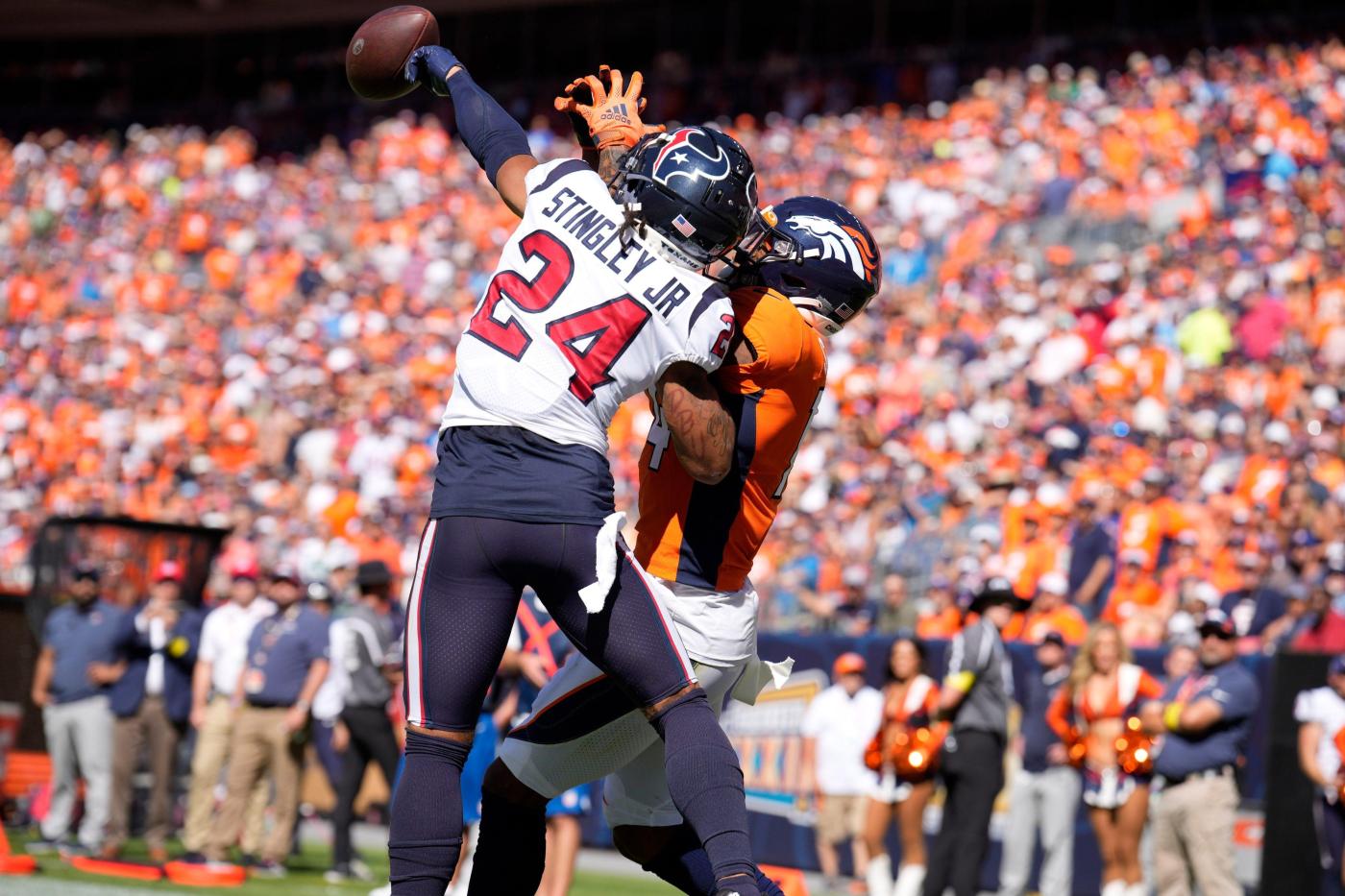 It has been a rough week for Justin Fields, so much so the Chicago Bears quarterback went out of his way to clarify comments that required no explanation.

Fields said after Sunday’s 27-10 loss to the Green Bay Packers at Lambeau Field that the loss hurt in the locker room more than it did for Bears fans.

Sure, maybe Fields could have omitted the final part, but no clarification was needed — and any grief he received since should be performance-based, not the result of a perceived slight. This is miles away from when former Bears first-round pick Cade McNown in 2000 suggested disgruntled fans at Soldier Field “save their boos for TV” following a three-interception game. Imagine if that occurred during the age of social media.

Fields didn’t commit a turnover in the Week 2 loss to the Packers until the last play, but he attempted only 11 passes, threw for just 70 yards and was sacked three times. The Packers did a good job of pinning him in the pocket, limiting him to only 20 yards rushing on eight carries, including a 3-yard touchdown.

After two weeks, including a victory over the San Francisco 49ers in a driving rainstorm, the Bears are at or near the bottom of the league in many key passing categories. Coach Matt Eberflus said in April that the new scheme would be “very quarterback-friendly,” but wide receiver Darnell Mooney has four receiving yards and tight end Cole Kmet doesn’t have a catch a year after being targeted 93 times.

Offensive coordinator Luke Getsy said the lack of pass attempts in Green Bay was more a function of the offense having only 42 snaps than anything else (the Bears have 97 for the season, ranking 31st). Getsy said he called “19 or 20″ pass plays with Fields running on an RPO or scrambling factored in too. So the planned run-pass mix was closer to 50/50 than actual results.

The Bears need to be more productive offensively to balance out an attack that has been profitable running the ball. Forget winning games. The Bears are not going to be competitive averaging anything close to the 90.5 passing yards each week.

The offensive struggles have amplified conversations about whether Fields is the long-term answer for the organization, but one personnel man was adamant that it’s premature to pass judgment.

“We’re living in a microwave society,” he said. “People want things now as opposed to allowing it to go in the oven, bake over time and come out to be a perfect meal that tastes really good. These young quarterbacks, people need to stop demanding immediate results, particularly the ones that are on bad teams.

“You look at Jalen Hurts in Philadelphia. He’s throwing to freaking A.J. Brown and he’s got a young guy on the come in DeVonta Smith, who was the Heisman Trophy winner. And he’s got a young tight end in Dallas Goedert, and the offensive line there is one of the best in the league. If you put Fields behind that line, how good would he look?

“If you look at the Bears roster, they are awful. They are not built for Fields to have success. The receivers are a hodgepodge of guys. I like Mooney but after him, who is he throwing to?”

That raises questions about the job first-year general manager Ryan Poles did in building a structure around Fields with linemen and skill-position talent. There were not any significant investments.

“Look at what he inherited,” the personnel man said. “A bad salary-cap situation and an awful offensive line. The best receiver (Allen Robinson) was disgruntled, so he had to let the guy go in free agency. The Bears were short on draft picks. That’s not on Poles. The cupboard was bare. That’s why Poles is there.

“Everybody has to pause and realize the Bears are in a rebuild no matter what Poles says or Eberflus says. They are doing the smart thing by not putting the young quarterback in harm’s way and making him throw a ton behind that offensive line and without offensive weapons. That’s smart. They don’t want to hurt the kid’s confidence like Houston did with David Carr when it had nobody around him. Pump the brakes. It’s only two games.”

The Bears should be able to attack the Houston Texans more Sunday at Soldier Field after what appeared to be a plan to stay in the game against Aaron Rodgers and the Packers. The Texans rank 30th in run defense, so holes should be there for David Montgomery and Khalil Herbert, and the play-action passing game should have life. The Texans, unlike the Packers, have a bottom-tier roster.

It will be the 13th start of Fields’ career, and there is a long way to go this season. No one was realistically expecting to have a clear picture of his career arc after two games this season. Still, there is an uneasy feeling with a bumpy start. Fields is the focal point — but multiple factors must be considered when assessing him.

Stingley, 6-foot, 195 pounds, was drafted No. 3 out of LSU this year — ahead of some talented offensive tackles and wide receivers as well as pass rushers.

Stingley has been credited with 15 tackles — 11 solos — through two games and has three pass breakups with two coming last week against Denver Broncos QB Russell Wilson.

“The addition of Stingley is kind of driving Lovie Smith’s game plan in terms of how he is setting his coverages,” the scout said. “Traditionally, they are zone heavy, Cover-2, single-high with zone pressure. Their man-coverage rates are going up. Their blitz rates are going up. I think he’s doing that because he has a corner who has premium traits. Stingley is incredibly sticky in coverage. He’s aggressive. He’s competitive. He can be a little grabby, which he is going to have to work through in the NFL. Really fluid lower body and has the ball skills to make the plays.

“I think Houston graded him based on what he can be in the NFL. At LSU, he had the phenomenal freshman year. You watched the tape and said, ‘This is a top-10 player right now.’ He played high-level SEC competition and shut people down. Then he went through a period where he had injuries, people questioned his effort level. But the Texans got the player they wanted.

“He can play man. He can play zone. He’s got backfield vision to pedal off the ball and read inside to the quarterback. He’s extremely physical when you want to play Cover-2. They left some really good players on the board to take Stingley, who I also think is very good.”