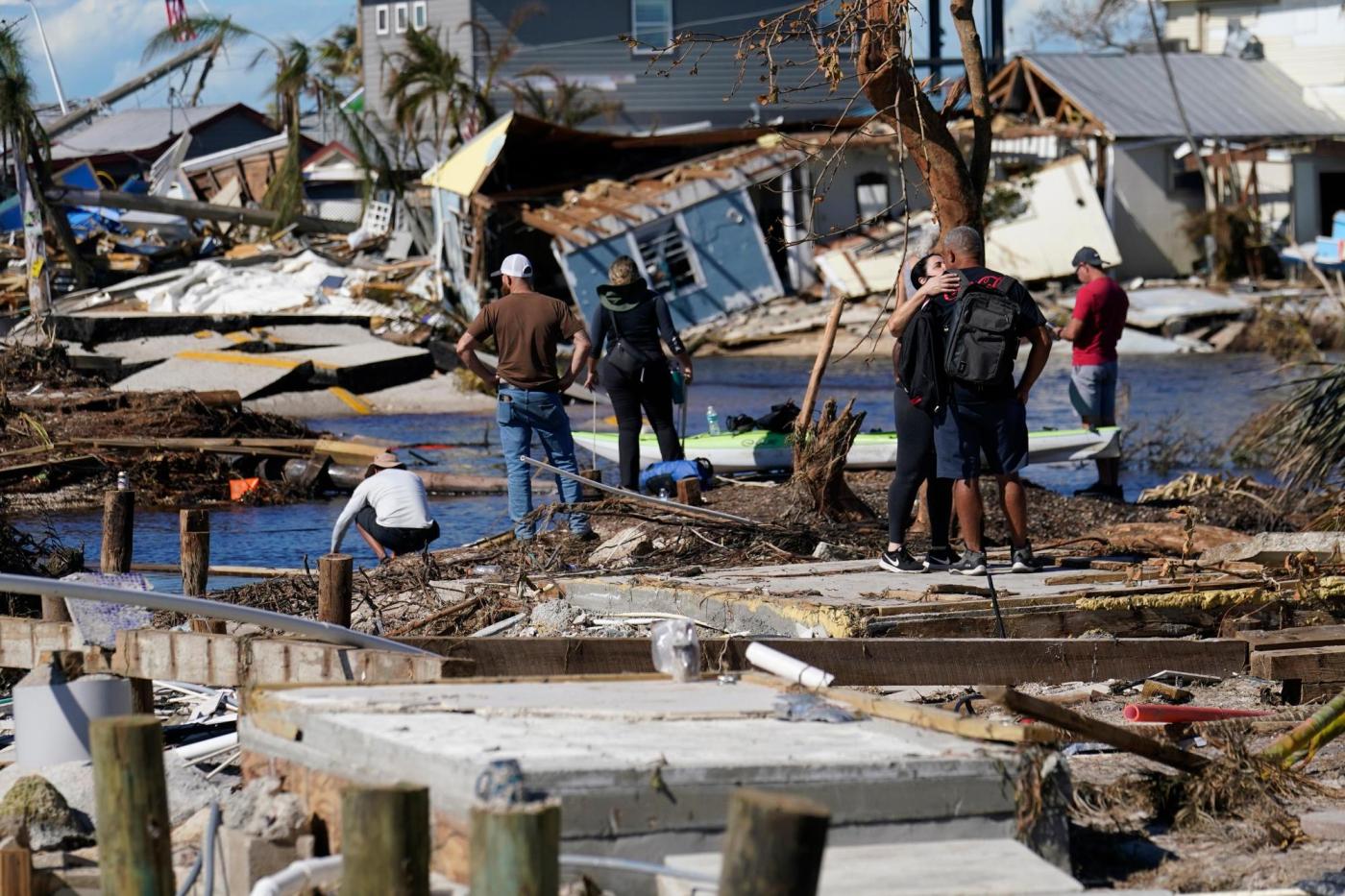 FORT MYERS, Fla. (AP) — Days after the skies cleared and the winds died down in Florida, Hurricane Ian’s effects persisted Monday, as people faced another week without power and others were being rescued from homes inundated with lingering floodwaters.

Frustrations mounted in the path the storm cut through Florida, and the hurricane’s remnants, now a nor’easter, weren’t done with the U.S.

The mid-Atlantic and Northeast coasts were getting flooding rains. Forecasters said the storm’s onshore winds could pile even more water into an already inundated Chesapeake Bay and threatened to cause the most significant tidal flooding event in Virginia’s Hampton Roads region in more than a decade.

Norfolk and Virginia Beach declared states of emergency as they watched to see how bad Monday’s high tides would be. Coastal flooding was possible from North Carolina’s Outer Banks to Long Island, the National Weather Service said.

At least 68 people have been confirmed dead: 61 in Florida, four in North Carolina and three in Cuba since Ian made its first landfall on the Caribbean island on Sept. 27 and in Florida a day later.

Search and rescue efforts were still ongoing Monday in Florida. More than 1,600 people have been rescued statewide, according to Florida’s emergency management agency.

Fort Myers Beach Mayor Ray Murphy told NBC’s “Today Show” that residents who evacuated were largely being kept away from their homes because of searches likely to last a few more days.

Washed-out bridges to barrier islands, flooded roadways, isolated cellphone service and a lack of water, electricity or the internet left hundreds of thousands still isolated. The situation in many areas wasn’t expected to improve for several days because waterways were overflowing, leaving the rain that fell with nowhere to go.

Many residents in the rural county of about 37,000 people could only be reached by boat. What roads remained above water were blocked, according to the Nassau County Sheriff’s Office, which was assisting with the efforts.

“Right now we working on creating teams to help find stranded residents and we are dispatching ATVs to help get rid of debris on roadways that were impossible to travel over,” deputies wrote in a Facebook post.

Joe Gunn said the first two days without power at his Punta Gorda home weren’t bad because he, his wife and 4-year-old daughter like to camp.

But then they ran out of gas, Gunn said as he waited for an hour for $20 worth of premium fuel from a Bonita Springs station, one of the few open in the area. The family then drove to get supplies and a hot meal.

Gunn was preparing for another stressful night, worried someone might try to steal his supplies. “I am constantly listening to the generator. It’s pitch black outside of the house,” he said.

About 600,000 homes and businesses in Florida were still without electricity on Monday morning, down from a peak of 2.6 million. But hat is still nearly the same amount of customers in all of Rhode Island.

The current goal is to restore power by Sunday to customers whose power lines and other electric infrastructure is still intact, Florida Division of Emergency Management Director Kevin Guthrie said Monday. It does not include homes or areas where infrastructure needs to be rebuilt.

In Virginia, the U.S. Navy postponed the first-ever deployment of the U.S.S. Gerald R. Ford, the nation’s most advanced aircraft carrier, according to a statement from the Navy’s 2nd Fleet. The carrier and other U.S. ships were scheduled to leave Norfolk on Monday for training exercises in the Atlantic Ocean with vessels from other NATO Countries.

Coast Guard, municipal and private crews have been using helicopters, boats and even Jet Skis to evacuate people over the past several days.

After moving across Florida, Ian made another landfall in the U.S. in South Carolina as a much weaker hurricane. Officials said Monday that crews were finishing removing sand from coastal roads and nearly all power had been restored.