Todays Though > News > ‘In my opinion, we are going to be able to’ sign the MVP candidate – Boston Herald
News

‘In my opinion, we are going to be able to’ sign the MVP candidate – Boston Herald 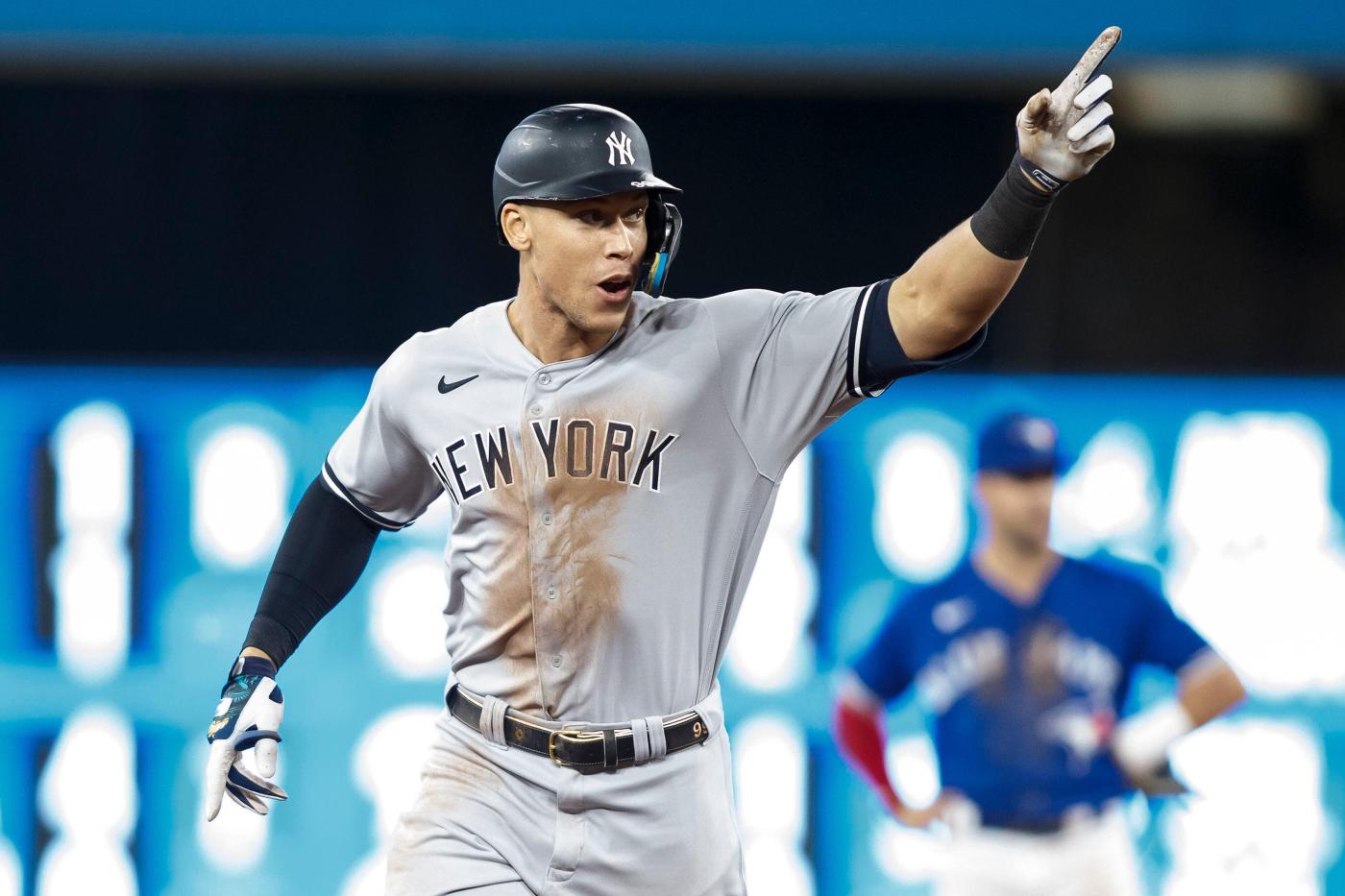 In Hal Steinbrenner’s opinion, Aaron Judge will be back in pinstripes.

Steinbrenner told reporters on Tuesday at the MLB owners meetings that “in my opinion, we are going to be able to” sign Judge.

The Yankees’ chairman and managing general partner is of the few whose opinions truly matter pertaining to Judge’s free agency as he is the one who writes the checks and has also met with the star free agent multiple times.

“I’m not going to allow this negotiation to play out in the media. We’ve had several conversations, and they were all positive conversations, he and I, just the two of us…

“Aaron may want to stay with the Yankees,” said Steinbrenner when asked if he had to make a pitch to Judge. “I’m not going to get into our conversations and what they are, but he’s a very important part of this team.

The right fielder is evidently the priority this offseason for the Yanks, and Steinbrenner’s actions have indicated such.

The owner has placed himself at the forefront of the negotiations, which is not something that he typically does when trying to retain one of his free agents.

“Normally, not as good as I should, probably,” Steinbrenner said when asked how often he gets involved in negotiations. “Usually this is between the agent and the general manager and that’s where most of the conversations lie.

“But I really wanted Aaron because of what he means to the organization. Lifelong Yankee he’s been from the beginning all the way until now. I wanted him to know how I felt in case there was any lack of clarity on his part.”

The possible lack of clarity may have stemmed from the public release of the initial seven-year, $213.5 million offer the Yanks made to Judge prior to the start of last season, which became a historic season for Judge when he slashed .311/.425/.686 while hitting 62 home runs to set the single-season American League record.

The 31-year-old expressed some displeasure with the team for releasing the details of their negotiations. However, Steinbrenner indicated that there has been no mention of bad blood in the recent discussions.

“In the conversations we’ve had, it has not come up,” Steinbrenner said. “It might, but I will explain to him that it was my call, be mad at me.

“It’s something I approved when [Brian] Cash[man] brought it to me. Aaron and I have not discussed that. But it’s something I definitely approved. I approve everything. I think Cash’s idea was, it’s going to get out anyway, let’s be transparent about it so the correct information gets out there to our fans.”

If Steinbrenner’s opinion is correct, not only will Judge likely be a very, very rich man, he may also be etched into Bronx royalty as the next captain.

During an interview with the YES Network on Monday night, Steinbrenner said that naming Judge captain would be something he would consider should he re-sign. The 52-year-old owner reiterated on Tuesday that Judge could be the 16th captain in Yankee history.

“I don’t know if it [being named captain] was discussed as a specific item,” said Steinbrenner. “We knew what Aaron was last March, he came up through our system, we drafted him, which is very special. A very special guy, a good leader, a great player.

“Was it discussed specifically as this is going to be a part of the deal? I don’t think so. That’s a good question for Cash. But, it’s certainly been discussed and that shouldn’t be a surprise to anybody.”