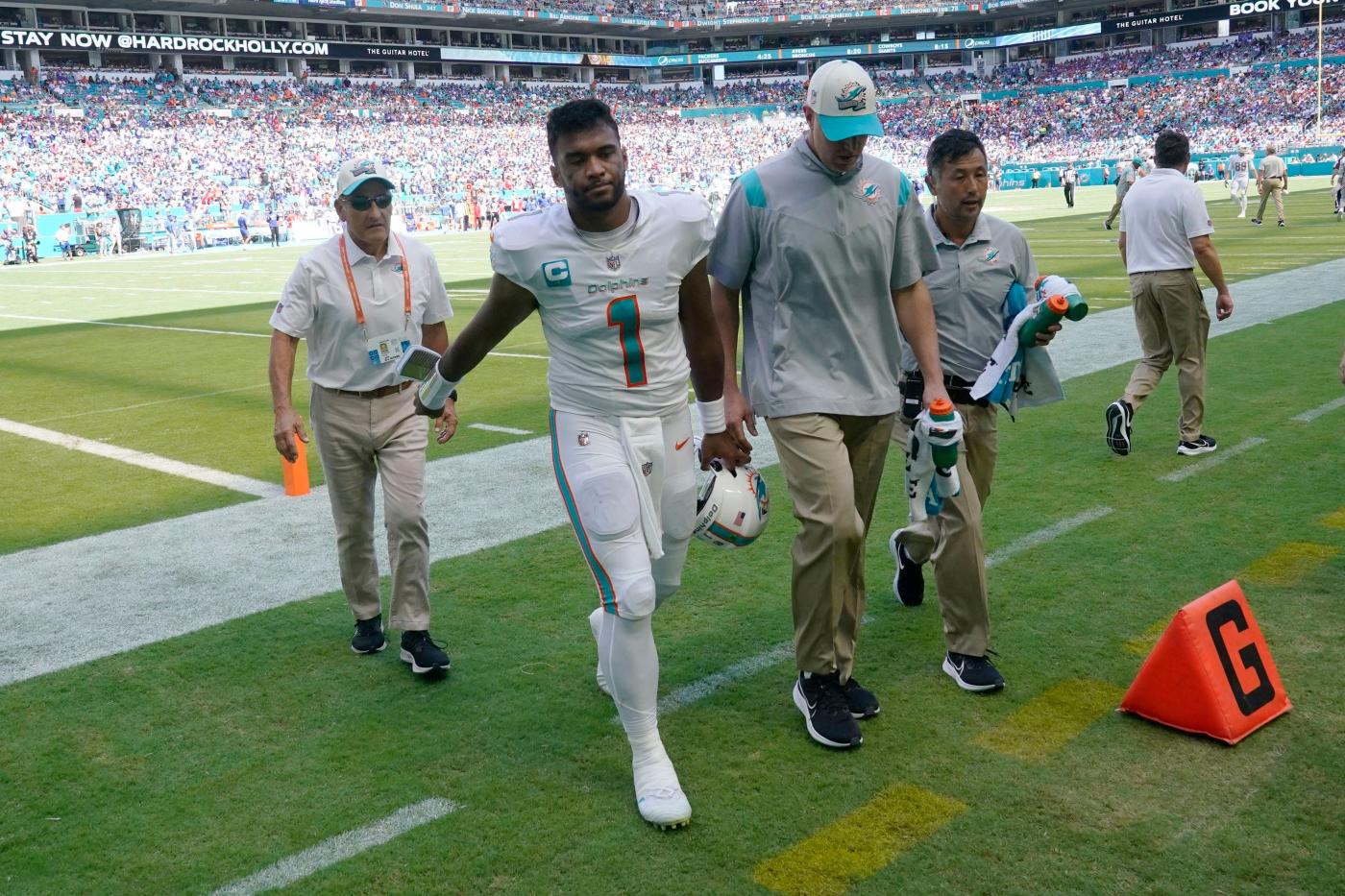 Reports stated from NFL Network ESPN and others stated, according to a source, that “several mistakes” were made by the independent doctor in allowing Tagovailoa to return for the second half against Buffalo.

Tagovailoa had two concussion scares within the past week, the second of which knocked him out of Thursday night’s loss at the Cincinnati Bengals. A blow to the head against the turf on a sack by Bengals nose tackle Josh Tupou caused Tagovailoa to get taken away on a stretcher to University of Cincinnati medical facilities. Dealing with a concussion among the head and neck injuries Tagovailoa sustained on Thursday, he was dispatched from the hospital and cleared to travel back to South Florida with the team that night.

Whether Tagovailoa would play on Thursday was in question in the four days from the Sunday win over the Bills to the game in Cincinnati. On the Dolphins’ official injury report, the team listed back and ankle injuries for Tagovailoa’s questionable status to play.

When Tagovailoa initially left the Sunday game versus Buffalo, he was announced as being checked for a head injury by the team before Tagovailoa and coach Mike McDaniel said postgame it was actually his back that was the concern.

When Tagovailoa fell back and hit his head from the whiplash of a push from Bills linebacker Matt Milano on Sunday, he initially grabbed at his head, got up, appeared to try to shake his head and stumbled on the field in a woozy state. Doctors checked him on the field at the first half’s two-minute warning and then escorted him to the locker room for further testing before getting cleared to return in the second half.

The unaffiliated neurotrauma consultant works independently from the Dolphins. That doctor and a team doctor from the Dolphins are to work in conjunction in clearing a player that is being checked for a concussion, according to league protocol.