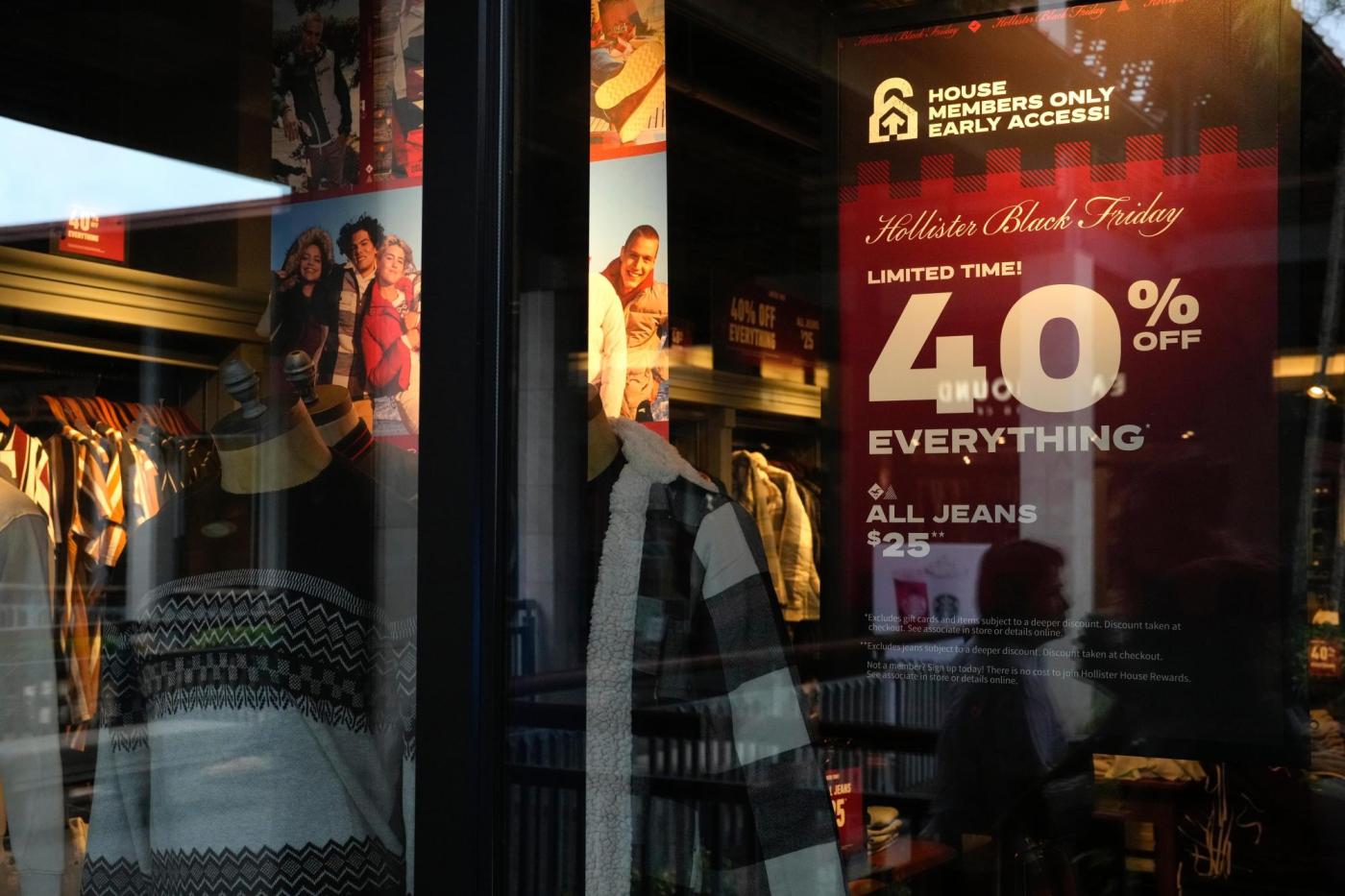 Due to elevated prices for food, rent, gasoline and other essentials, many people were reluctant to spend unless there was a big sale.

Shoppers were being more selective, selecting cheaper options, dipping more into savings and turning to “buy now, pay later” services that allow payment in installments. Some were also running up their credit cards at a time when the Federal Reserve is hiking rates to cool the U.S. economy.

Sheila Diggs, 55, went to a Walmart in Mount Airy, Maryland early Friday looking for a deal on a coffee maker and to see what else was in the aisles. She said her family is being more cautious about their holiday spending this year. Usually, all the adults in the family would exchange gifts. But this year, everyone is drawing names and selecting one person, because things cost so much more, she said.

“Everything’s going up but your paycheck,” said Diggs, who manages medical records at a local hospital.

This year’s trends are a contrast from a year ago when consumers were buying early out of fear of not getting what they needed amid supply-network clogs. Stores didn’t have to discount much because they were struggling to bring in items.

Online discounts rates were 31% on Thanksgiving, up 7% from the previous year, according to Salesforce data. The steepest discounts were in home appliances, general apparel, makeup and luxury handbags. Online sales on the holiday rose 9% over last year.

“Retailers have finally stepped up the discounting game and consumers are responding in kind,” Garf said.

Macy’s Herald Square in Manhattan, where discounts included 60% off fashion jewelry and 50% off select shoes, was bustling with shoppers early Friday.

He said that bestsellers from Macy’s online sale, which started last weekend, included 50% off beauty sets. Last year Macy’s, like many other stores, had supply chain issues and some of the gifts didn’t arrive until after Christmas.

Sophia Rose, 40, a respiratory specialist visiting Manhattan from Albany, New York, was heading into Macy’s with big plans to splurge after scrimping last year when she was still in school. She put herself on a budget for food and gas to cope with inflation but had already spent $2,000 for holiday gifts, and plans to spend a total of $6,000.

A Best Buy store in Manhattan had TVs stacked up high including Samsung 50-inch TVs marked down to $297, a savings of $82.

Delmarie Quinones, a 30-year-old health home aide from the Bronx, was only there to pick up a laptop and printer she ordered online at $179 — down from $379 — as part of a Black Friday sale.

Quinones said that higher prices on food and other expenses are making her reduce her spending from a year ago, when she had money from government child tax-credit payments.

“I can’t get what I used to get,” said the mother of five children, ages 1 to 13. “Even when it was back to school, getting them essentials was difficult.”

Major retailers including Walmart and Target stuck with their pandemic-era decision to close stores on Thanksgiving Day, moving away from doorbusters and instead pushing discounts on their websites.

But people are still shopping on Thanksgiving — online. Garf said online sales spike in the evening during the holiday, suggesting people went from feasting to phone shopping. And with holiday travel up, he said a greater share of online shopping occurred on mobile devices this year.

“The mobile phone has become the remote control of our daily lives, and this led to an increase in shopping on the couch as consumers settled in after Thanksgiving dinner,” Garf said.

Against today’s economic backdrop, the National Retail Federation — the largest retail trade group — expects holiday sales growth will slow to a range of 6% to 8%, from the blistering 13.5% growth of a year ago. However, these figures, which include online spending, aren’t adjusted for inflation, so real spending could even be down from a year ago.

Adobe Analytics expects online sales to be up 2.5% from Nov. 1 through Dec. 31, a slowdown from the 8.6% pace last year, when shoppers were uncertain about returning to physical stores.

Analysts consider the five-day Black Friday weekend, which includes Cyber Monday, a key barometer of shoppers’ willingness to spend, particularly this year. The two-month period between Thanksgiving and Christmas represents about 20% of the retail industry’s annual sales.