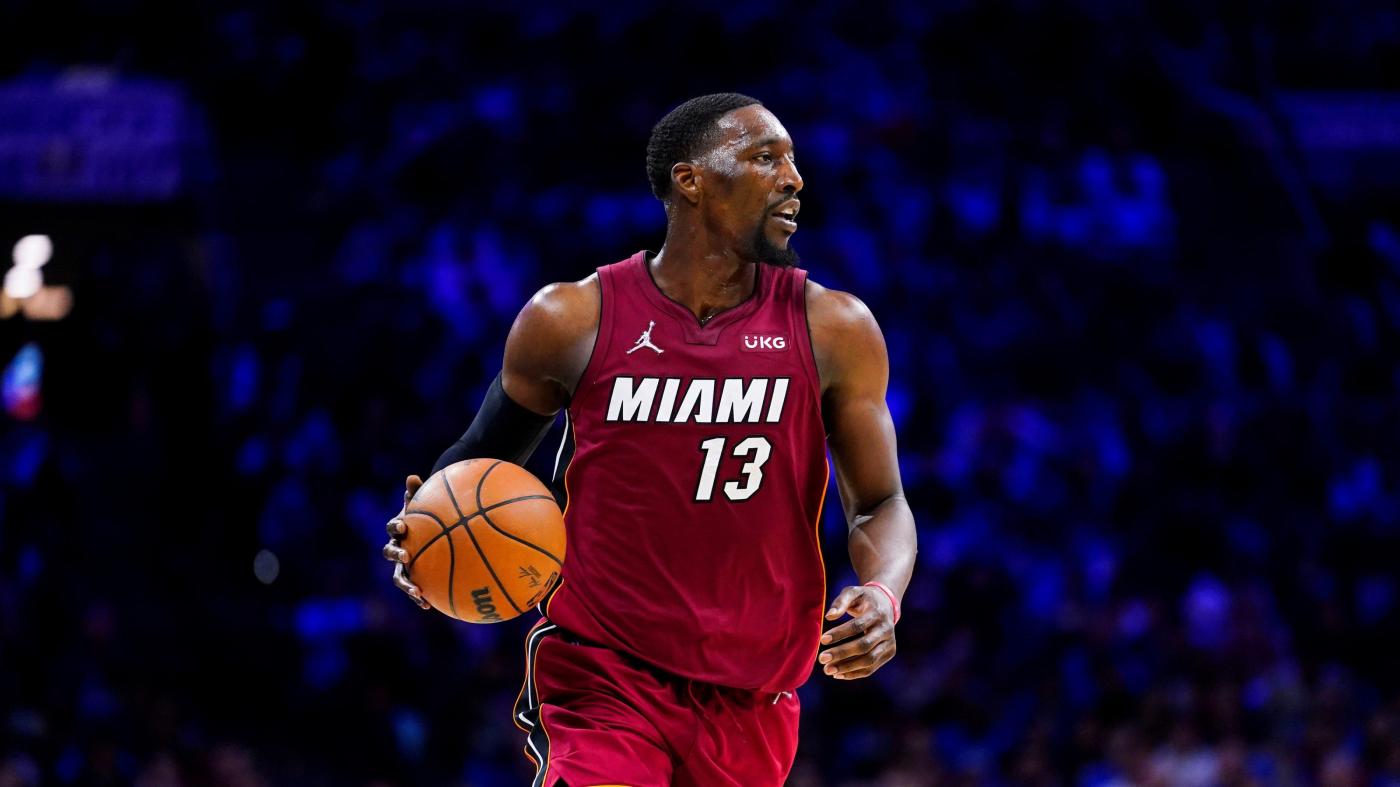 Q: The question for the Heat going forward is whether Bam Adebayo can be a point forward like Draymond Green, Giannis Antetokounmpo and LeBron James. While Erik Spoelstra’s small ball has been effective, Bam is undersized against the Embiids and Jokics in today’s game, and with Spo’s defense, the Heat are left undersized when Bam switches out front without a rim protector/rebounder behind him. I feel Pat Riley envisioned Bam as a power forward playing alongside Hassan Whiteside when he drafted him. Maybe it’s time for Spo to revisit Bam’s role. – Michael, Boca Raton.

A: Except, and I know this goes against much of Erik Spoelstra’s position-less ethos, I believe much of Bam Adebayo’s advantage in quickness is mitigated when he goes against opposing power forwards. Where the Heat have thrived is when Bam has been able to at least draw opposing big men to the elbow with his screening and playmaking. Cast him as a power forward, and much of the advantage he has built in recent years is neutralized. Beyond that, it often is just as much about getting your best players on the court, particularly at closing time. I’m not sure that Omer Yurtseven or Dewayne Dedmon (the current other options at center) stand among the Heat’s best five. Still, there would be absolutely no reason not to experiment with such alignments during the preseason or even occasional early-season games.

Q: Would Omer Yurtseven and Dewayne Dedmon be ready to at least partially make up for the loss of Bam Adebayo if he were to be traded? – Bill, Palm Beach Gardens.

A: That only becomes an issue if Bam Adebayo is included in a trade. And the only trade Bam would be included in would be one for Kevin Durant (if even that). So with a lineup that includes Durant, Jimmy Butler, Kyle Lowry, and perhaps even Tyler Herro, yes, you certainly could get by with a placeholder center until you move to smaller ball during the course of games. But if you did deal Adebayo for Durant, you likely also would prove attractive to either free-agent centers or those hopeful of coming free at the NBA trading deadline.

Q: Maybe the best moves from the Heat will be internal ones. Now that we have a true point guard in Kyle Lowry, Tyler Herro can be moved into the starting lineup as our shooting guard. – Carlos, West Park.

A: But if a deal becomes available, it likely would come before any opportunity to significantly experiment with an opening alignment of Jimmy Butler, Kyle Lowry and Tyler Herro in the same starting five. In theory it could work, because you still would have plus defenders such as Butler, Lowry and Bam Adebayo in that alignment. But until you know, you don’t know.