Todays Though > News > Is Gavin Newsom a realistic presidential candidate in ’24?
News

Is Gavin Newsom a realistic presidential candidate in ’24? 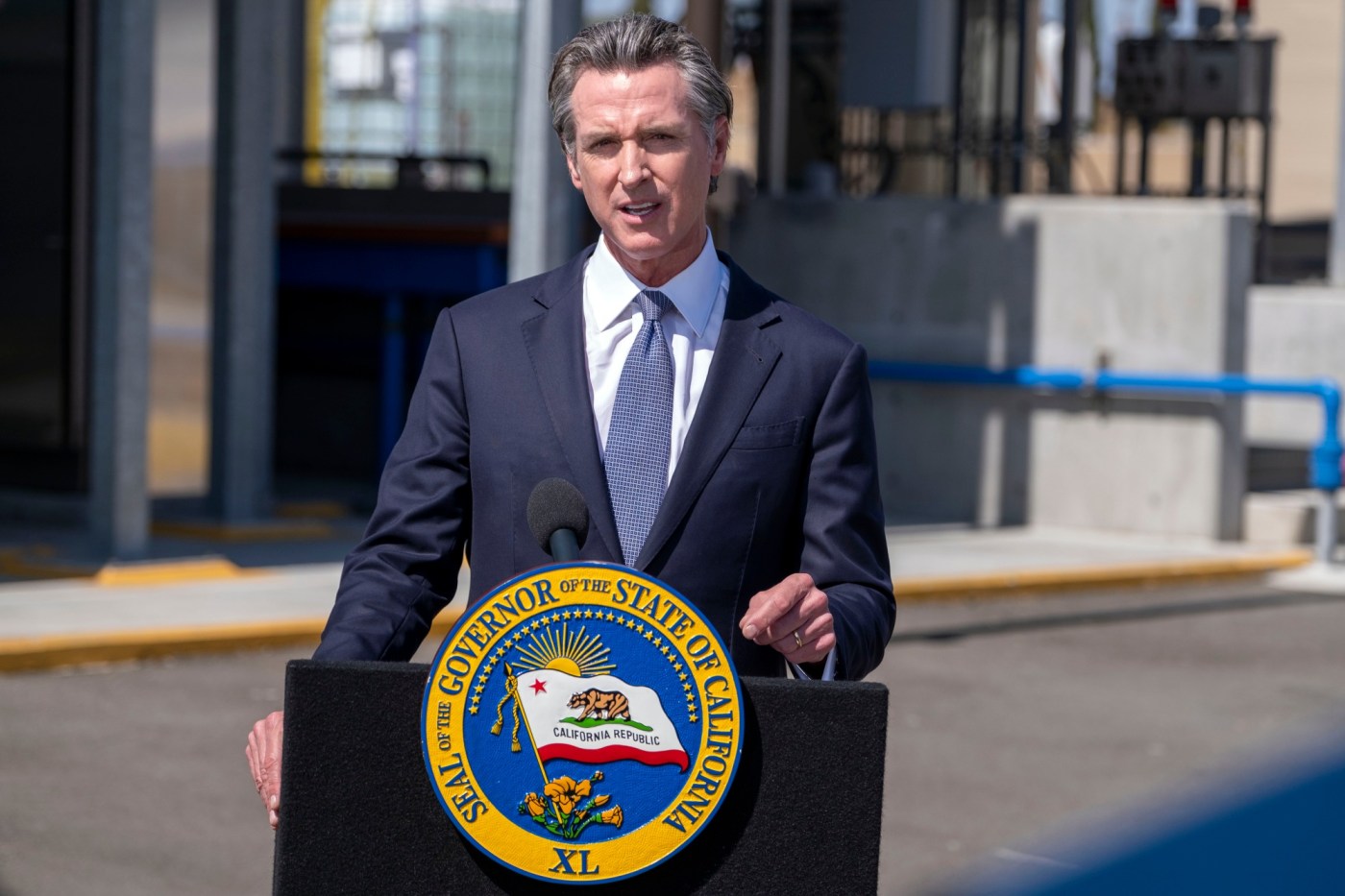 The escalating public feud between California Gov. Gavin Newsom and Florida Gov. Ron DeSantis leads one to wonder if we’re witnessing a precursor to the 2024 presidential election.

Last week, Newsom released an attack ad against DeSantis on Fox News in Florida, in which he declared to Floridians that “freedom is under attack in your state,” and criticized the DeSantis administration for restricting voting rights, limiting speech in classrooms and criminalizing some abortions. The video garnered millions of views online and received a great deal of national media attention.

Although Newsom — who is expected to easily win re-election in 2022, as is DeSantis — has rejected rumors that he is eyeing a 2024 presidential run, his smear campaign against DeSantis suggests otherwise.

By going after DeSantis — whose star is on the rise within the Republican Party, as he is quickly becoming the 2024 pick of establishments and elites — Newsom is clearly working to distinguish himself as a top contender for 2024 in the absence of another clear Democratic candidate.

President Biden insists he is running for re-election in 2024 and does not take kindly to suggestions otherwise. However, some Democratic officials are quietly indicating that they would like to see the party go in a different direction, and nearly two-thirds (64%) of Democratic voters prefer a different nominee in 2024, including 94% of Democrats under 30. Yet, Biden’s natural successor, Vice President Harris, remains unpopular and has had her fair share of political missteps.

At the very least, by attacking DeSantis, Newsom wants to put himself on the radar of Democratic activists and donors, who are dubious of President Biden’s capacity to run for a second term and are wary of Vice President Harris’ ability to carry the torch if it is passed onto her.

Of course, Newsom running for president in 2024 is entirely dependent on President Biden not seeking a second term, which is becoming increasingly likely.

At the same time, Newsom would need to ensure that Kamala Harris — who is not only the current vice president, but is also a former California senator – does not run as well. Though, given that Harris’ polling numbers are even lower than Biden’s, she seems to be less of a factor than a sitting vice president would be in this type of circumstance, where the president is unable or unwilling to run again.

Supposing Biden does step aside in 2024 and Harris is not specifically chosen as his successor, how realistic is Gavin Newsom as a presidential candidate in 2024?

It is not unreasonable to say that Newsom could fare well in a Democratic primary contest, depending on the other candidates in the field. Not only is he governor of the largest state, but he is a political fighter — a trait that Democrats are desperately seeking in light of the letdowns of the Biden administration, as well as the Supreme Court’s decision to overturn Roe v. Wade.

As David Axelrod recently described, Newsom is “young and politically muscular, which may be just what the market will be seeking post-Biden.”

Newsom made national headlines recently when he called out his party for not mounting a forceful enough response to Republican culture warriors, who — in the absence of a counterstrategy from the left — have been successful at steadily restricting rights at the state-level for women and LGBTQ individuals. To be sure, this is a sentiment that many Democrats across the country likely share.

“Where the hell’s my party?” Newsom said. “Where’s the counteroffensive?”

Further, this week, Newsom signed a law in California allowing gun violence victims to sue firearms manufacturers for damages. This law was intended as a response to the string of high-profile mass shootings across the country, and comes just weeks after the Supreme Court ruled that Americans have a constitutional right to carry guns in public for self-defense, a decision that will likely lead to more Americans being armed.

Clearly, Newsom is trying to show Democrats that he is not only speaking to the cultural issues they care most about, but moreover, is ready to take the fight to the Republicans — and DeSantis is indeed the perfect political foil for Newsom.

DeSantis has aggressively led the charge on the national Republican culture wars — by attacking critical race theory, championing the “Don’t Say Gay” bill, tightening voting access, and restricting abortion access — and played politics with Florida’s business interests by feuding with Disney and pushing back against Silicon Valley companies interested in relocating to Florida.

That being said, Newsom has some major political vulnerabilities that could upend his chances in a presidential campaign — whether he is competing in a general election against DeSantis, or in a primary against a full-field of candidates.

Under his leadership, California is experiencing a homelessness crisis, rising crime and heightened cost-of-living expenses. He also faced a recall election last year and, though he survived, his public standing has yet to fully recover.

Another challenge for Newsom — one that is more problematic in a Democratic primary — is that he is a white male who is perceived as elitist, especially after he flouted his own COVID-19 rules at a lavish restaurant in Sonoma during the height of the pandemic.

Given the value that the Democratic Party places on racial diversity and economic justice, Newsom could find himself running against a range of equally qualified contenders who do fulfill the electorate’s unspoken quotas.

To be sure, there is still a long way to go until the 2024 primary campaign, and we won’t be able to say anything with certainty until well after the midterm elections.

However, the level of national intrigue in a Newsom vs. DeSantis 2024 contest — all while a Biden vs. Trump re-match is still within the realm of possibility — is emblematic of the internal chaos and lack of leadership that is currently plaguing both parties.