Todays Though > News > Is Heat’s Kyle Lowry about to show off his body of work? – Boston Herald
News

Is Heat’s Kyle Lowry about to show off his body of work? – Boston Herald 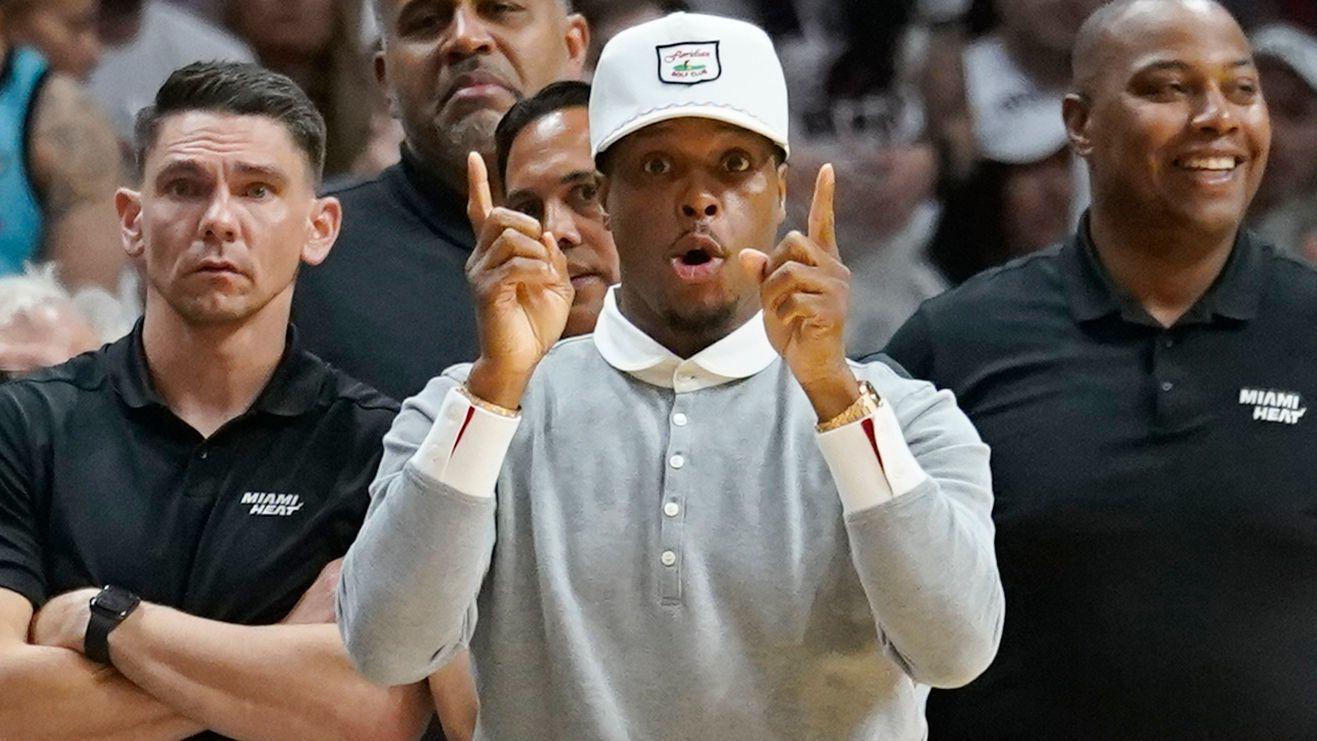 Q: Ira, yesterday I saw a short video on Twitter showing Kyle Lowry working out,and if what I saw was real, Pat Riley is going to love him in training camp and so am I. Seriously, he looked quite different to me. Can’t wait for training camp because that could be huge for our starting five. – Brent, Wellington.

A: Even more than Pat Riley’s words resonating with Kyle Lowry about his conditioning is the way last season ended for Kyle and the Heat. That, alone, figures to drive him to keep up with Jimmy Butler and teammates left to play alongside a Kyle that was a shell of himself by the end of the playoffs. While there has to be perspective about social-media posts regarding offseason workouts, the mere fact that they have been placed on Kyle’s timelines speaks volumes. The first statement is made during the offseason. But the most significant statement when it comes to conditioning comes during camp. It appears safe to say that Kyle will be there in both mind and body.

Q: The Heat still have $4 million of the non-taxpayer mid-level exception available, and they are $3.2 million under the apron. Maybe they could get Montrezl Harrell at one-third his previous salary, if he has nowhere else to go. Yes, it would put them in the luxury tax, but Pat Riley has said that he couldn’t ask Micky Arison to pay the tax, unless it makes them a true championship contender. I believe Montrezl would make the difference. – Morgan, New Orleans.

A: The Heat have no remaining means to sign an outside free agent beyond the minimum scale without winding up in a hard-capped position, needing to then utilize either the remainder of their mid-level exception or their bi-annual exception. Using either means a hard camp. And it would be awfully difficult to justify losing P.J. Tucker because of a reluctance to be hard-capped and then turning around and winding up in that situation because of Montrezl Harrell.

Q: Erik Spoelstra seemingly prioritized Bam Adebayo’s development on the defensive side to the detriment of his offense (i.e., his emphasis on small ball resulted in refusal to play Bam and Hassan Whiteside together). If Omer Yurtseven shows improvement during preseason such that he can be a rotational player, do you think Spo will pair them together at least early in the season? He could modify his defensive sets to keep Yurt closer to the basket while Bam does the switching out front. By reducing Bam’s defensive responsibilities somewhat, that could free him up to be a more aggressive offensive player. – Michael, Boca Raton.

A: I know the answer you’re looking for, and it is not one I can offer. Not based on Erik Spoelstra’s seeming refusal to play dual center types, dating, as you note, to Hassan Whiteside’s time on the roster. Now, perhaps someone shows enough range to play as a Kelly Olynyk type alongside Bam Adebayo. But Kelly was a player who arrived to the Heat as a bona-fide 3-point threat, not one the Heat experimented with at the 3-point line.