Todays Though > News > Is Heat’s Nikola Jovic on course for a waiting game? – Boston Herald
News

Is Heat’s Nikola Jovic on course for a waiting game? – Boston Herald 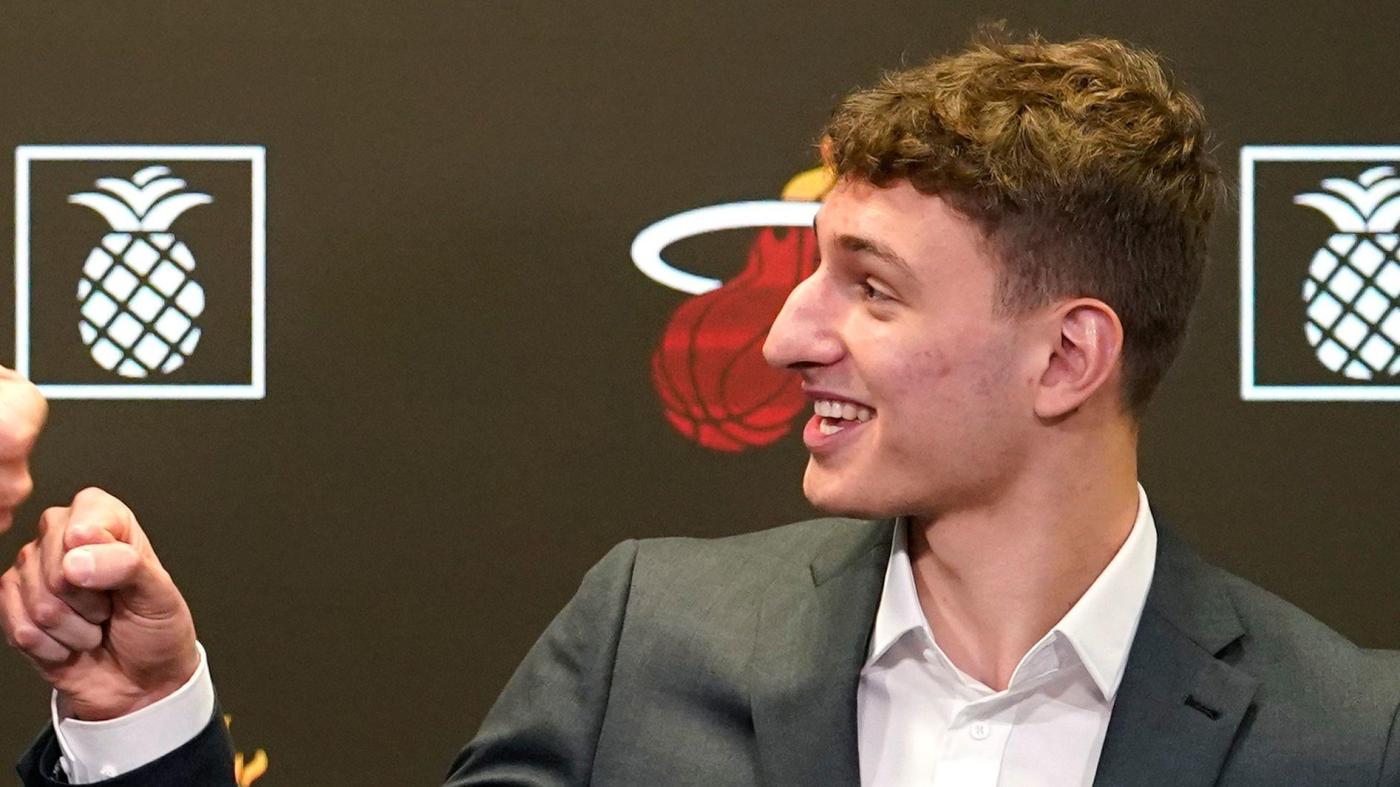 A: Actually, Nikola Jovic was all of one year old when Kyle Lowry began his collegiate career in 2004, but that’s besides the point. What is most relevant is the contrast in ages and how the Heat are in win-now mode because of Kyle’s age. It is why that even for all the pleasantries that Kyle and Erik Spoelstra had Friday for Nikola, Jovic’s prime time for the Heat (if he remains with the Heat) could well come after Kyle’s Heat tenure expires. Nikola is raw but eager. His time will come. Just not now. That doesn’t mean that there can’t be moments this season, just that it would be wise not to expect too many.

Q: Tyler Herro deserves to be paid, especially if we have Duncan Robinson at $90 million riding the bench, with Tyler having outplayed him. Wouldn’t be mad if he left. – Lowell.

A: First, Tyler Herro is under contract for this season, so he isn’t going anywhere unless the Heat send him somewhere. And the Heat aren’t sending him anywhere unless a blockbuster presents itself. In the end, Tyler’s deal, whether from the Heat or elsewhere, will come in at an average far exceeding Duncan Robinson’s five-year deal. It’s just that once extended, he cannot be traded, which is why the delay. Nothing to get made about.

Q: Ira, I can’t help but to think that the Heat could save considerable dollars on Tyler Herro by signing him before the season starts. My thought would be that chances are pretty good that he will increase his signing value if he has this season to do that. Therefore, don’t you think they should go ahead and sign him and maybe save a little money, and, most importantly, secure Tyler Herro? Your thoughts? – Brent, Wellington.

A: There is a risk-reward element from both sides. If the Heat act now, then perhaps they could get ahead of Tyler Herro’s growth curve. But if Tyler waits for that growth curve, an injury could leave him with regrets. Victor Oladipo, and previous money not taken, is a stark example within clear view for Tyler. So, again, for both sides, risk-reward.