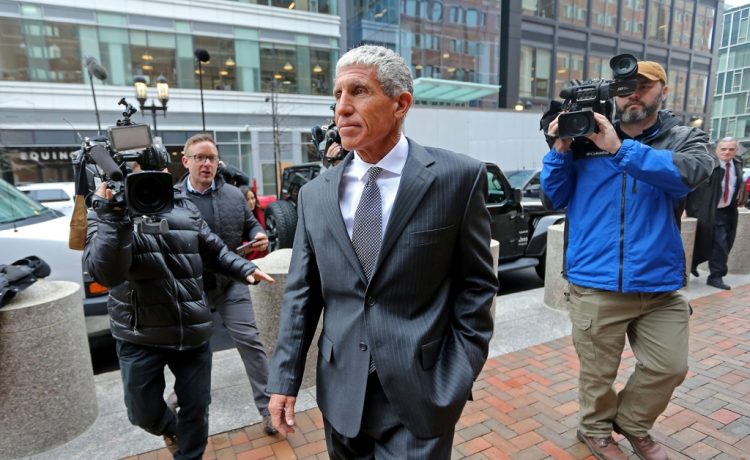 The former college admissions consultant who cooked up a multimillion-dollar scheme to fraudulently admit kids of wealthy clients, including Hollywood celebrities, into elite U.S. colleges was sentenced to 3 1/2 years in prison earlier this month, closing a sordid chapter on the unfair world of university admissions.

William “Rick” Singer, the mastermind of what prosecutors called the nation’s largest college admissions fraud, pleaded guilty in 2019 to several charges including racketeering and money laundering. Prosecutors had sought a six-year sentence, but the judge took into consideration Singer’s cooperation with authorities, which enabled them to indict 53 people in the far-reaching case. Among those previously sentenced to jail were actors Lori Loughlin and Felicity Huffman.

The “Operation Varsity Blues” investigation uncovered a complex web of relationships that Singer developed with coaches, parents, testing proctors and others to take advantage of the lack of controls in college admissions systems at the University of Southern California, Stanford, Georgetown, UCLA and other universities. During court proceedings, Singer detailed the three “doors” to gain admittance into these colleges: a front door for students taking the proper steps; a back door for those whose parents could donate to a university’s endowment; and a side door he created for parents willing to pay six-figure sums for their kids to be admitted as fake athletes.

The scandal highlighted the essential unfairness of college admissions. Parents with financial resources don’t have to break the law to get a leg up. They can choose from an array of pricey services to help their kids that lower-income families can’t afford.

And who’s to say that there isn’t another “consultant” like Singer who’s figured out other ways to game the system?

USC, which cooperated with the U.S. attorney’s office in Boston, has adopted a number of admission reforms in recent years, including adding more oversight to recruiting and admitting student-athletes. Stanford commissioned an external review of its policies and procedures that resulted in various reforms, such as adding more controls into verifying student-athlete credentials and to the university’s process of accepting monetary donations.

Other changes have taken place as well by university admissions and recruitment officials to create a more level playing field for students who lack resources, many of them an acknowledgment of academic difficulties faced by students during the pandemic. Many top schools stopped requiring SAT or ACT scores for admission in recent years, and some say they may never again require those scores again.

It’s good that universities have taken steps, but it’s not clear they will be enough to prevent future admission schemes.

University administrators who want to preserve the integrity of their admissions process must ensure the system is as fair as it can be for all students regardless of who their parents are, and how far they are willing to go to get them into an elite college.