Todays Though > News > Is there an actual desire by Kevin Durant to play for Heat? – Boston Herald
News

Is there an actual desire by Kevin Durant to play for Heat? – Boston Herald 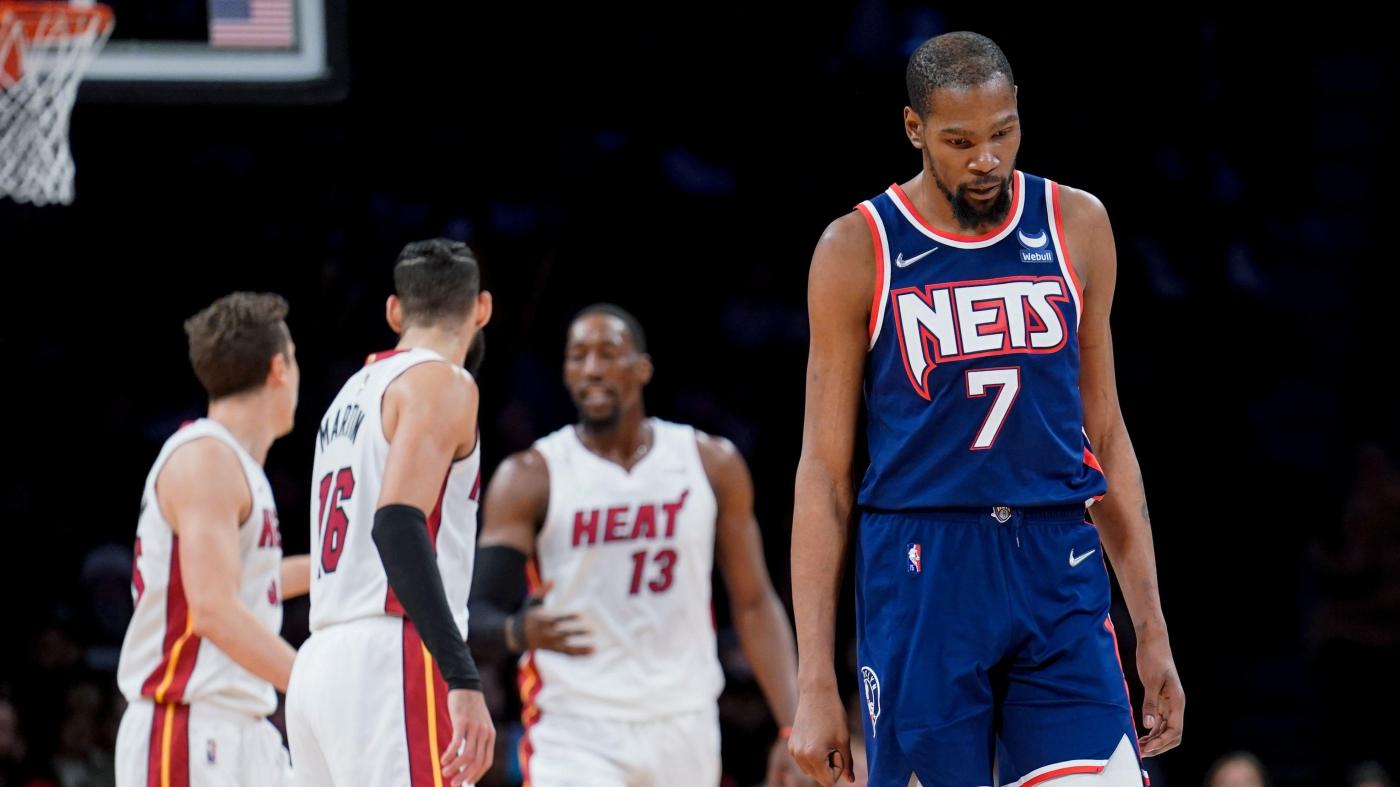 Q: Alonzo Mourning wanted to play for Pat Riley, Shaquille O’Neal wanted to team up with Dwyane Wade. Jimmy Butler wanted to be part of Heat Culture. Don’t you think if Kevin Durant told the Nets that he truly only wants to play for the Miami Heat, this deal would have been done already? I agree with the majority of your readers. It is time to move on and look elsewhere. – Greg, Jacksonville.

A: Apples to oranges. Alonzo Mourning and Shaquille O’Neal both were approaching contract years, so their teams recognized they might soon lose both for nothing in return. That is called utilizing leverage. Jimmy Butler was a free agent, so he had the right to chart his course. Kevin Durant still has four years left on his contract. So what he wants is secondary to the Nets to what they believe they are entitled to in return. But, in the Heat’s current mode, the only time you move on is if it impacts your preparations for the season. As of now, it appears they are comfortable to take their current roster into camp. And they still have until the start of the regular season to deal with a Tyler Herro extension. So while it all might seem fatiguing for such a waiting game, there is absolutely no reason at the moment for the Heat to tell the Nets they are closed for business.

Q: My feeling is whoever trades for Kevin Durant will give away more than they get in return. Your thoughts? – Brent, Wellington.

A: And at the moment, that might well be the case. But, as noted above, there is no need to rush to any type of judgment at the moment. So you wait until you believe an equitable deal is at hand. Then you move. Otherwise, you sit back and watch the Nets deal with their mess, getting the popcorn ready for the Nets’ Sept. 26 media day.

Q: What’s all this talk about Kevin Durant? Don’t the Heat already have a de facto top-level acquisition, in the rehabilitation of Victor Odalipo, who at least anticipates returning to the top-star level he played at 3-4 years ago? – Duke, Salt Lake City.

A: Because there is good, better and best. And Kevin Durant arguably would be, if acquired, the best player on the Heat roster. And if you have that opportunity, as stated above, then you at least stay in the game until you are definitively ruled out. The Heat have not reached that point yet.