Todays Though > News > Is there anywhere for Heat to turn internally for rotation support? – Boston Herald
News

Is there anywhere for Heat to turn internally for rotation support? – Boston Herald 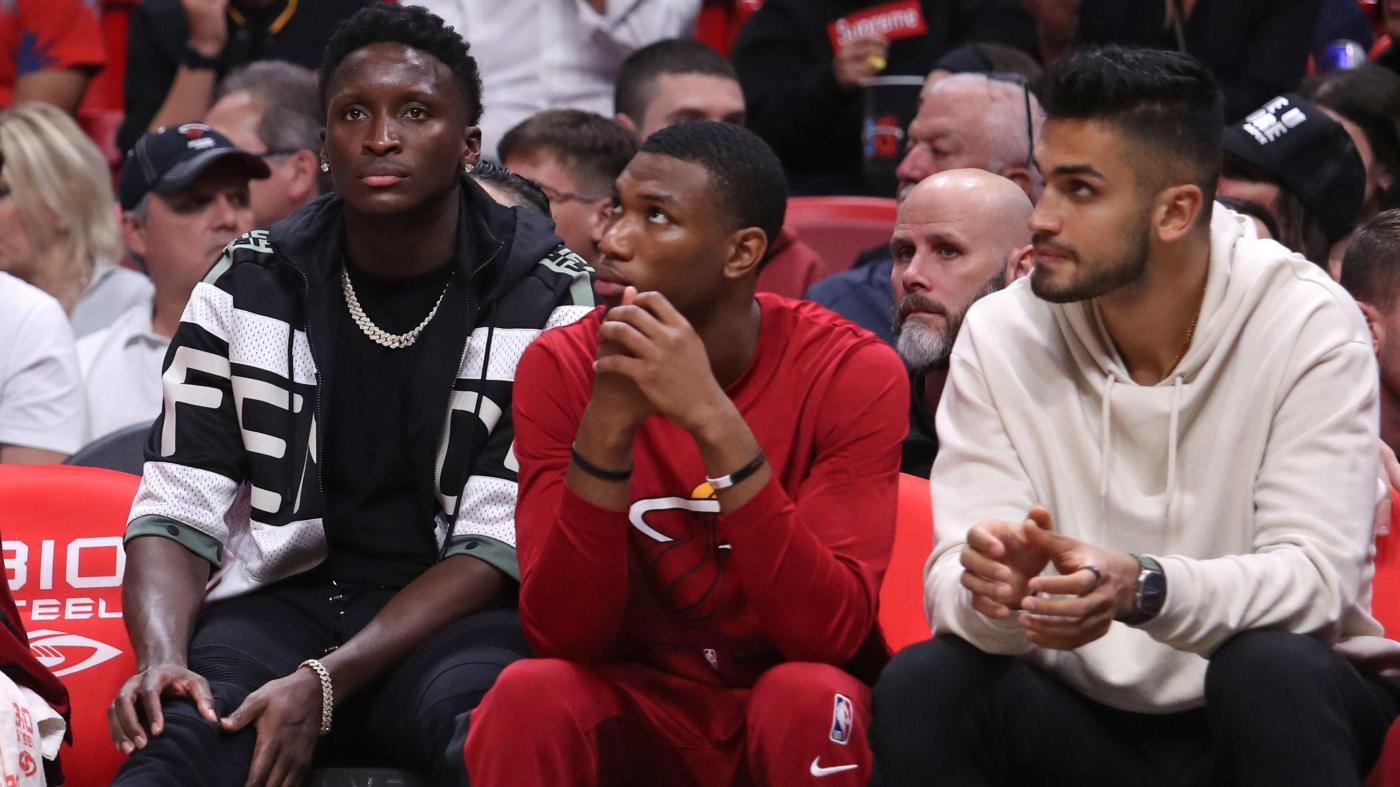 Q: Ira, missed second-half shots seems to be the Heat’s biggest problem. Maybe go a little deeper into the bench and the guys will be fresher in the fourth quarter. – Chuck.

A: To who? They’ve tried Haywood Highsmith, with uneven results. So you’re basically down to Nikola Jovic, otherwise. Yes, I could see spot minutes for Nikola. But with the Heat only carrying 16, with Victor Oladipo and Omer Yurtseven sidelined, with Udonis Haslem almost solely as mentor, and with Jamal Cain in the G League for needed seasoning, the only players on the outside of the mix at the moment are Highsmith, Jovic and Dru Smith. Otherwise, the other nine have been playing.

Q: The Milwaukee Bucks and Cleveland Cavaliers are comfortably at the top of the East. The Miami Heat are already five games back in the loss column. How do the Heat turn things around? – Stuart, Miami.

A: By appreciating the level of competition in the conference and appreciating that these early-season losses to the likes of the Kings and Pacers can exact a toll. The Bucks we knew about. But with the way the Cavaliers are playing, if you also factor in the Celtics, this could be an all-out scramble for the final homecourt spot in the first round of the playoffs. And right now, the Hawks are looking like they could be in the top four in the East, as well.

Q: Jamal Cain is lighting it up with 40 points and 21 rebounds in his first two Sioux Falls Skyforce G League games. Don’t you think the Heat should fast track him into the rotation, just like they did with Caleb Martin last year. We could really use his energy off the bench right now. – Greg, Jacksonville.

A: The Heat fast-tracked Caleb Martin because he was getting it done on the NBA level, and already had done so with the Hornets. Jamal Cain is on a far different timeline. We’re talking two games into a G League season. Maybe later this season, but first we need to see more of a sample size.