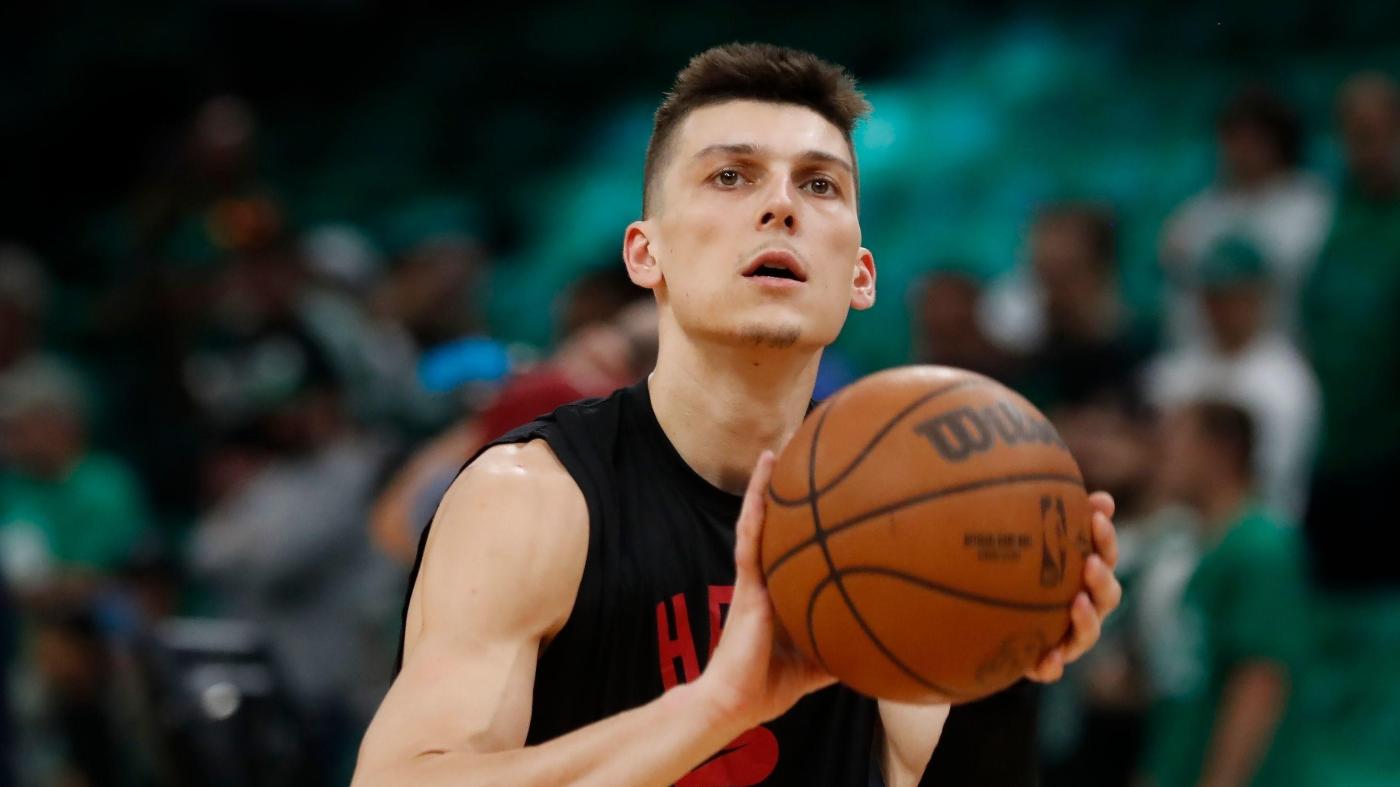 Q: So in regards to the Tyler Herro extension, is Tyler going to be bummed he’s having to wait on it? Or do you think he wants another season to try and play his way to a max deal? I think the Heat are holding off more than just to preserve a trade chip. I think they want another season to determine his value. – John, Ocala.

A: Actually, both can be true. Keep in mind that if the Heat wait on an extension, it means Tyler Herro remains trade eligible at any point during the season, potentially a chip to put in play at the February NBA trading deadline. The risk is losing Tyler as a restricted free agent next summer. But that also almost never happens, as evidenced this summer with the Suns and Deandre Ayton. Either way, it appears it will be a decision that will come much closer to the Oct. 18 extension deadline. There simply is no urgency from the Heat’s perspective at the moment.

A: Sure, but to this point, Erik Spoelstra has shown no such inclination to pair a pair of big men in his lineups. Plus, Omer Yurtseven proving capable of Erik Spoelstra-level defense and Bam Adebayo turning into a Chris Bosh clone are easier said than done. Ultimately, Spoelstra will play his best players and most cohesive units. So, more than anything, it will come down to Omer proving both his value and ability to mesh.

Q: OK, that’s the final straw. For years I have been hearing and occasionally reading about how the NBA doesn’t like the Heat. Normally, I simply pass it off as just a whiff of b.s. This year the Christmas schedule convinced me. Of the top eight teams in the playoffs last season only the Heat are missing from an otherwise very interesting slate of games. Of course the NBA had to include the dynamic, twin powerhouses of the Knicks and Lakers instead. I can only accept the Lakers because of LeBron James, but the Knicks have no big star. They are an also-ran since Jeff Van Gundy left. The Heat were the winners of the Eastern Conference during the regular season and made a very, very respectful showing in the playoffs, to say the least. – Roland, Borrego Springs, Calif.

A: The one saving grace of the NBA schedule is that, other than the Christmas schedule, games can be flexed onto the national schedule. So there remains the chance of the Heat increasing their exposure with another solid season. The reality is the Heat are very good at minimizing drama, which the NBA seemingly has prioritized. So maybe next summer the entire roster should demand trades or produce outlandish TikTok videos.