Todays Though > News > Isaiah Likely has the Ravens’ attention. Where he fits is just as intriguing.
News

Isaiah Likely has the Ravens’ attention. Where he fits is just as intriguing. 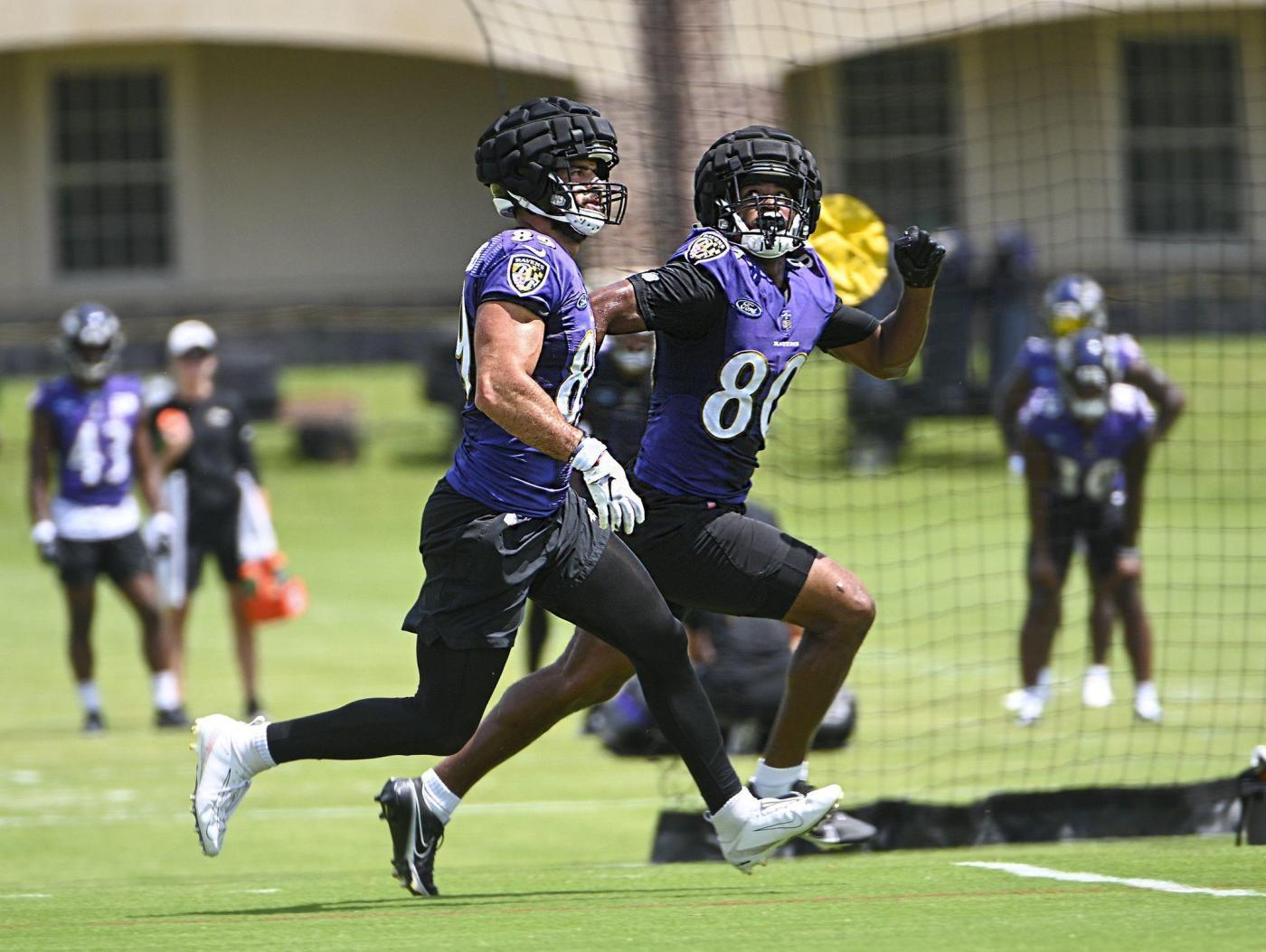 The comparisons started early in training camp. The day before the Ravens took the field for their first full-team practice in late July, tight end Mark Andrews said rookie Isaiah Likely has “got a little bit of me in him, for sure.” Two days later, after hitting Likely for a 55-yard touchdown pass, quarterback Lamar Jackson called him “a baby Mark right now.”

There are worse things than having two Mark Andrews in one tight end room. Through two preseason wins, Likely has dominated as if he were the reigning All-Pro, not a late-fourth-round draft pick. He has 12 catches on 12 targets for 144 yards and a touchdown and is averaging 5.0 yards per route run, a measure of his efficiency as a receiver. Los Angeles Rams wide receiver Cooper Kupp, by comparison, led the NFL last year with 3.1 yards per route run.

“He gets open,” quarterback Tyler Huntley said of Likely after the Ravens’ 24-17 win Sunday over the Arizona Cardinals. “He knows what’s going on around him. He knows the plays, and like Coach [John Harbaugh] said, when he makes a mistake, he’s not going to make that same mistake again. He’s going to try to get better at everything, and it just shows in his work and his production. He catches the ball, and he runs after the catch.”

Preseason stars are often relegated to regular-season anonymity, but Likely’s skill set could leave him with an outsize role in a passing offense lacking established wide receivers. His emergence also raises the question of how Andrews best fits with his rookie doppelganger — and where tight end Nick Boyle and fullback Patrick Ricard now stand in coordinator Greg Roman’s offensive picture.

In the Ravens’ passing offense, Likely’s preseason role has so far mirrored Andrews’ role last season. He’s lined up in the slot on 21 of the 30 passing plays (73%) the Ravens have called with him on the field, according to Pro Football Focus, starting the other nine as an in-line player next to the offensive line.

Andrews, in his record-breaking 2021, lined up in the slot 62.2% of the time. He also split out wide on 15.7% of his passing plays, a flexibility that Harbaugh on Tuesday said could extend to Likely as well.

“There’s personnel groups that you kind of imagine that you can put on the field,” Harbaugh said. “And wherever they line up, I don’t think it’s kind of a stretch to say they’ll line up outside. … I think they’ll be out there. They can run slants and fades and even deeper routes. So I’m excited. I can’t wait to see what comes out of the laboratory. They’re going to be weapons for us. It’s going to be fun.”

The Ravens are not averse to multiple-tight-end formations. In 2019, Roman’s first year as offensive coordinator, they deployed at least two tight ends on over 40% of their plays, according to Sharp Football Stats, and had the NFL’s best offense. Ricard, who effectively functions as a tight end in Baltimore, played over half of the Ravens’ offensive snaps in 11 games last season.

This season, with two gifted receivers (Andrews and Likely) and two versatile blockers (Boyle and Ricard) at Roman’s disposal, the challenge will optimizing their mixing and matching. At least one job looks like an easy call: Andrews played 75% of the offensive snaps last season, and on passing downs, Likely should keep secondaries honest when the team’s leading receiver is unavailable.

But how much could they overlap? And what might their on-field partnership look like? The Ravens often line up their receivers in condensed bunch formations, meaning Andrews and Likely could start their routes just yards away from each other and have easy access to the middle of the field, Jackson’s sweet spot as a passer.

Andrews, who’s developed into a solid all-around blocker, could see more time in 2022 as an in-line tight end, operating in the zones Boyle typically occupies before the snap. He could also play more out wide, lined up as a de facto “X” receiver, perhaps across from the defense’s top cornerback. Either alignment would free Likely to work out of the slot, keeping him away from the stronger defenders he’s struggled to block in the preseason.

It will be a balancing act all season long. Only Andrews can be penciled into most play calls. After two injury-riddled years, Boyle has to prove his durability as a blocker and respectability as a receiver. Ricard has experience in the slot but a limited route tree. Likely’s weaknesses as a blocker could be a tell for defenses. Then there’s rookie Charlie Kolar, still working his way back from sports hernia surgery.

“Every defense in the league wants to know what tight ends are on the field, because, ‘They love to do this when Andrews and Likely are on here; oh, it’s Ricard and Boyle; oh, it’s Ricard and Andrews,’” Roman said earlier this month. “There are tendencies you build, so you’ve got to work against those tendencies, and you’ve got to try to make the players as well rounded as possible, so you can kind of mask any tendencies.”

The more capable tight ends and fullback the Ravens have, the less they’ll need to lean on their wide receiver corps. While Rashod Bateman and Devin Duvernay impressed throughout camp, the team’s positional depth is still in development. James Proche II, a camp standout, has missed two weeks with a soft-tissue injury. Tylan Wallace is recovering from a knee sprain. New signing Demarcus Robinson was among the Las Vegas Raiders’ first wave of roster cuts and won’t be expected to take on a heavy workload.

Likely gives the Ravens some wiggle room. One of the first questions asked of Ravens officials after he was drafted was whether he projected as a big-bodied wide receiver. Now versions of that same question are being asked, only with more urgency and interest.

“He lines up as a receiver; he’s catching the ball as a wide receiver,” Harbaugh said of Likely in late April. “He lines up at tight end. They motion him. They run him in [play-action] boots … and he’s just really electric. He runs downfield. Sometimes he blocks people and knocks them off their feet downfield. It’s just an interesting guy, but you watch him, [and] it’s not like an obvious position fit. He’s just kind of a playmaker-type guy. So I think he’s really intriguing. We’re excited about trying to figure out exactly where he fits, but he definitely fits as a playmaker.”