‘It can’t be that much of a discrepancy’ – Boston Herald 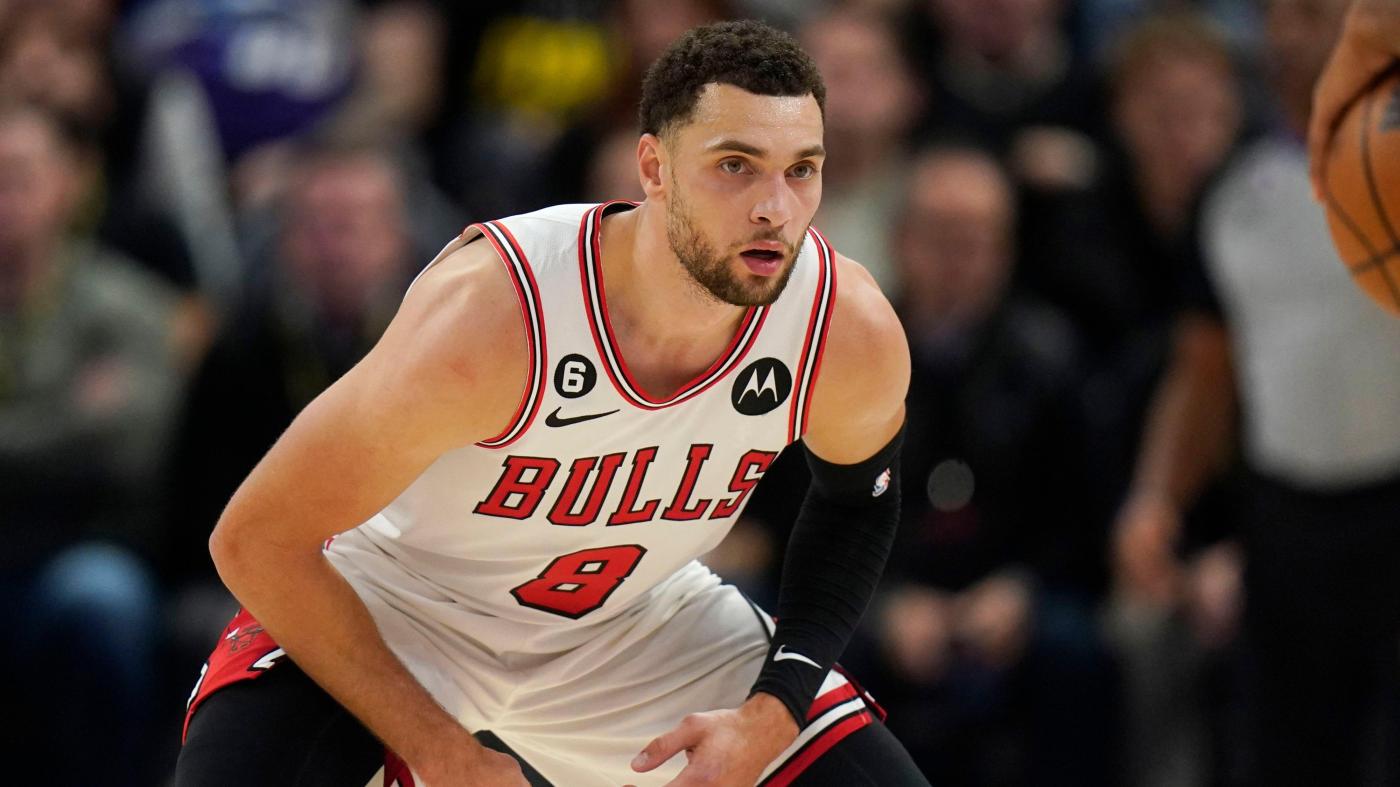 For the Chicago Bulls, the last week on the road against hot-handed Western Conference opponents has brought the team’s concerns from the 3-point line into sharper focus.

Despite their middling efficiency from behind the arc — 35.4% — the Bulls take the fewest 3-point attempts in the league (28.9 per game) and tally the fourth-lowest makes (10.2). But their issue doesn’t just derive from makes or misses.

Teams who don’t shoot many 3-pointers have a clear formula — if you’re not a long-range team, you can’t allow opponent to produce from behind the arc. For instance, the Golden State Warriors — the Bulls’ opponent Friday night — give up the sixth-most 3-pointers per game but still manage to outscore their opponents by an average of 3.1 made baskets from behind the arc.

The Bulls, however, have suffered the opposite in the opening quarter of the season. Opponents average 12.7 made 3-pointers against the Bulls, who allow the fourth-highest shooting accuracy from behind the arc at 37.9%.

This means the Bulls are being outshot by an average of 2.5 3-pointers per game, creating a significant 7.5-point deficit. Only two other teams have lower 3-point scoring margins: the New York Knicks (minus-2.6) and Minnesota Timberwolves (minus-2.8).

“If we’re not going to take or make a lot of them, we’ve got to eliminate them because it can’t be that much of a discrepancy,” guard Zach LaVine said after Wednesday’s loss to the Phoenix Suns. “It feels like it’s almost 10 to 1 some nights.”

The 3-point line isn’t always the make-or-break factor — for instance, the Bulls outshot the Milwaukee Bucks 18-12 from long range in a win last week, then outshot the Oklahoma City Thunder 12-7 only to suffer an overtime loss. But if the Bulls can’t reduce this disparity, they’ll struggle to keep their heads above .500.

The issue for the Bulls is split into halves: increasing their 3-point production and improving their perimeter defense.

Despite highlighting the 3-point line as a weakness in the offseason, the Bulls did little to address shooting in their acquisitions besides signing Goran Dragić.

“A lot of players on our team aren’t 3-point shooters,” LaVine said. “That’s not their MO. So the guys that do shoot 3-pointers, they’ve got to make them. Obviously I’ve got to do better and make more 3s, but we’ve got to do what we’re good at.”

This group has been beleaguered by both injury and inconsistency. Dragić is playing through a neck injury that forces him to attempt fewer 3-pointers and focus on ball distribution. White’s streaky shooting — 33.3% from behind the arc — has been exacerbated by an early-season quad injury.

Dosunmu is 2-for-15 on 3-pointers in the last nine games while LaVine has begun to show frustration by jacking up shots from long range. Caruso has been the most dependable shooter of late for the Bulls, going 10-for-19 from deep in the last seven games.

Ahead of Friday’s game — the fifth of a six-game trip — Dragić offered a seemingly simple solution for the group: shoot only open 3-pointers.

As a team, the Bulls are rarely successful shooting 3s from behind a screen or off the pick-and-roll. Dragić noted that only LaVine is a confident 3-point shooter in those scenarios — and even he hasn’t been sharp from those spots, shooting 18-for-50 in the last seven games.

To make open 3-pointers, the Bulls have to create open opportunities, requiring playing inside and fluidly using both pick-and-pop and quick rotational plays for catch-and-shoot chances.

“What I mean by an open 3 is the ball needs to get inside the paint and then we need to play for each other,” Dragić said. “It has to be like a string. When you go in, the other guy has to pull out.”

Because the Bulls don’t have the profile to consistently win a shootout, the other key to closing this gap will be slowing opposing teams on defense. The Bulls show two key areas of weakness against 3-point attempts — stopping long-range scoring in transition and completing rotations after multiple switches.

Both issues come down to communication and effort, areas the Bulls emphasized even before the season. Both will be evergreen talking points this season, but it has become clear that returning to a winning record will become more fruitless if the Bulls can’t adjust their defense to contain the arc.

“The games where we are good on the 3-point line, where we defend well and we make it tough on teams, we give ourselves a really good chance,” center Nikola Vučević said. “We just have to be more consistent with that.”