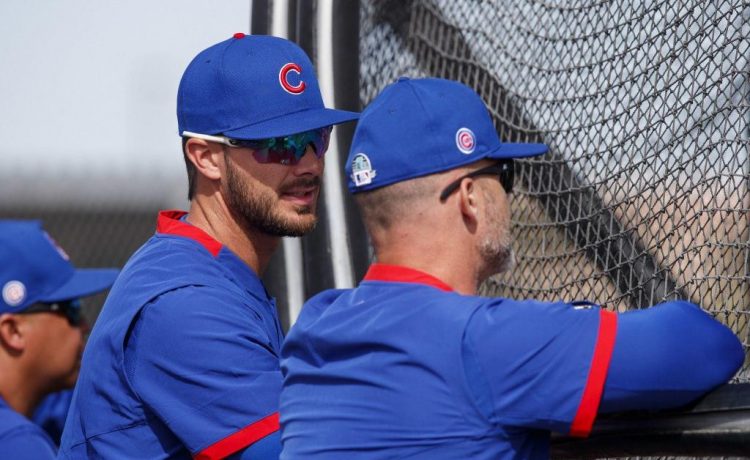 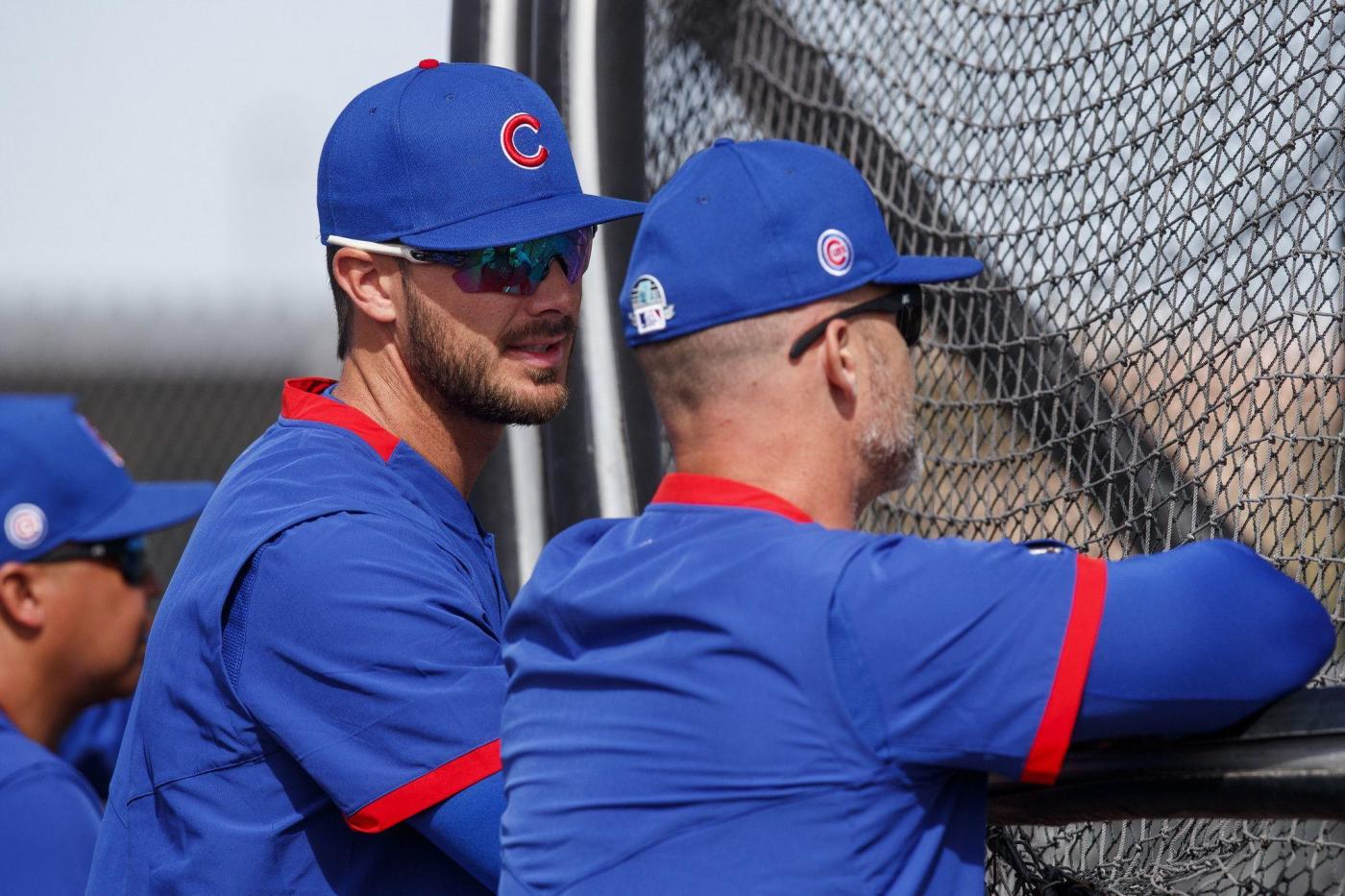 The iconic image of the first burst of celebrating Chicago Cubs players remains as fresh in your mind now as the day it happened almost six years ago in Cleveland.

Anthony Rizzo and Kris Bryant suspended together in midair.

Mike Montgomery grabbing on to Bryant.

The photo of the World Series Game 7 eruption can be found in bars and restaurants across Chicagoland, not to mention dens, living rooms and man caves around the world. When a once-in-a-lifetime event happens, you frame it.

Bryant’s return to Wrigley Field this weekend saw him rehabbing from a left foot injury that followed a back ailment that has limited his first season with the Colorado Rockies to only 42 games.

“Been a bummer, but I’m feeling better,” Bryant said Friday.

Bryant hopes to return before the end of this lost season but mostly is getting healthy for 2023. And though he perhaps is the most prominent of the former Cubs, he’s not the only member of the 2016 champs on a bummer.

The last three remaining Cubs from the championship team — Jason Heyward, Willson Contreras and Kyle Hendricks — were all on the injured list Friday, and Heyward was informed he’ll be released before the final year of his contract. The Toronto Blue Jays released Dexter Fowler in May after three games with their Triple-A affiliate, and Justin Grimm was released by the Oakland A’s the same month.

Albert Almora was let go by the Cincinnati Reds right after playing at Wrigley. Addison Russell played his second season in the Mexican Baseball League. Jake Arrieta officially retired after his disastrous return to the Cubs in 2021.

Montgomery is 2-10 with a 6.82 ERA with the New York Mets’ Triple-A affiliate. New York Yankees closer Aroldis Chapman was demoted to a setup role and has a career-worst 4.70 ERA. Javier Baez has struggled all season with the last-place Detroit Tigers with 24 errors and a .651 OPS.

Joe Maddon was fired as Los Angeles Angels manager in June in the midst of a 12-game losing streak.

The only three active players having successful season are sluggers Anthony Rizzo and Kyle Schwarber and Washington Nationals reliever Carl Edwards Jr. Even Rizzo was on the IL for the Yankees with migraines following an epidural to treat lower back tightness.

Six years after the reign, it poured.

Bryant knows that all too well. In a casual conversation Friday in the Rockies dugout, Bryant said he had “no regrets at all” over the way it worked out for him in Chicago, where he once was considered the face of the franchise.

He confirmed he had no “serious” discussions about returning to the Cubs as a free agent after the shocking sell-off in July 2021.

“I feel like once I got traded last year, I closed the book a little bit when I came back (with the San Francisco),” he said. “Getting that recognition was awesome, but it was on to the next chapter. It was great for everybody — the fans, myself, the team — so they could focus on their guys here and the young guys they’ve got coming up and try not to worry about the old farts that left.”

While Rizzo and Schwarber left feeling a bit betrayed by the Cubs, Bryant said he had no animosity for the front office or David Ross, saying it was their decision to do what they felt had to be done. He said he “respected” their decision to move on.

Bryant laughed, and though Epstein wasn’t around when Jed Hoyer dealt him, the former Cubs president made him wait an extra year until free agency with service-time manipulation that led to a grievance being filed.

Bryant has been going to some old haunts since his return this week, saying he stopped by the North Buena Deli & Wine store in Uptown to answer a sandwich craving. He also wandered down Clark Street to see if his mural was still on the wall of a sports bar, taking some pictures on his phone in case they someday decide to paint over his face.

He spent his final season as a Cub living in a home near Wrigley after residing in a high-rise for most of his career.

“I was always going up elevators,” he said. “Living close to the field my last year was such a game-changer for me. I felt so much more at home. In Denver I have a home with a backyard. That would be my biggest advice to anyone playing here — stay close to the field because it really does feel like home.”

Chicago no longer is home for Bryant, and he said he doesn’t pay enough attention to the Cubs to know what their future looks like. He was surprised to know that no one remained from the 2016 Cubs on the active roster because of injuries to Contreras, Heyward and Hendricks. The only one left is David Ross.

Being back at Wrigley on a warm September afternoon was another reminder of the days when everything seemed right in the world. As Miguel Montero once said after being booed upon his return with the Blue Jays: “Whether they hate me or love me, they’re going to remember me forever.”

Bryant doesn’t have to worry about his Cubs legacy. He saw many Cubs fans wearing his old jersey Friday at Wrigley. He might be gone, but the Cubs are still making some money off him.