Todays Though > News > ‘It means a lot’ – Boston Herald
News

‘It means a lot’ – Boston Herald 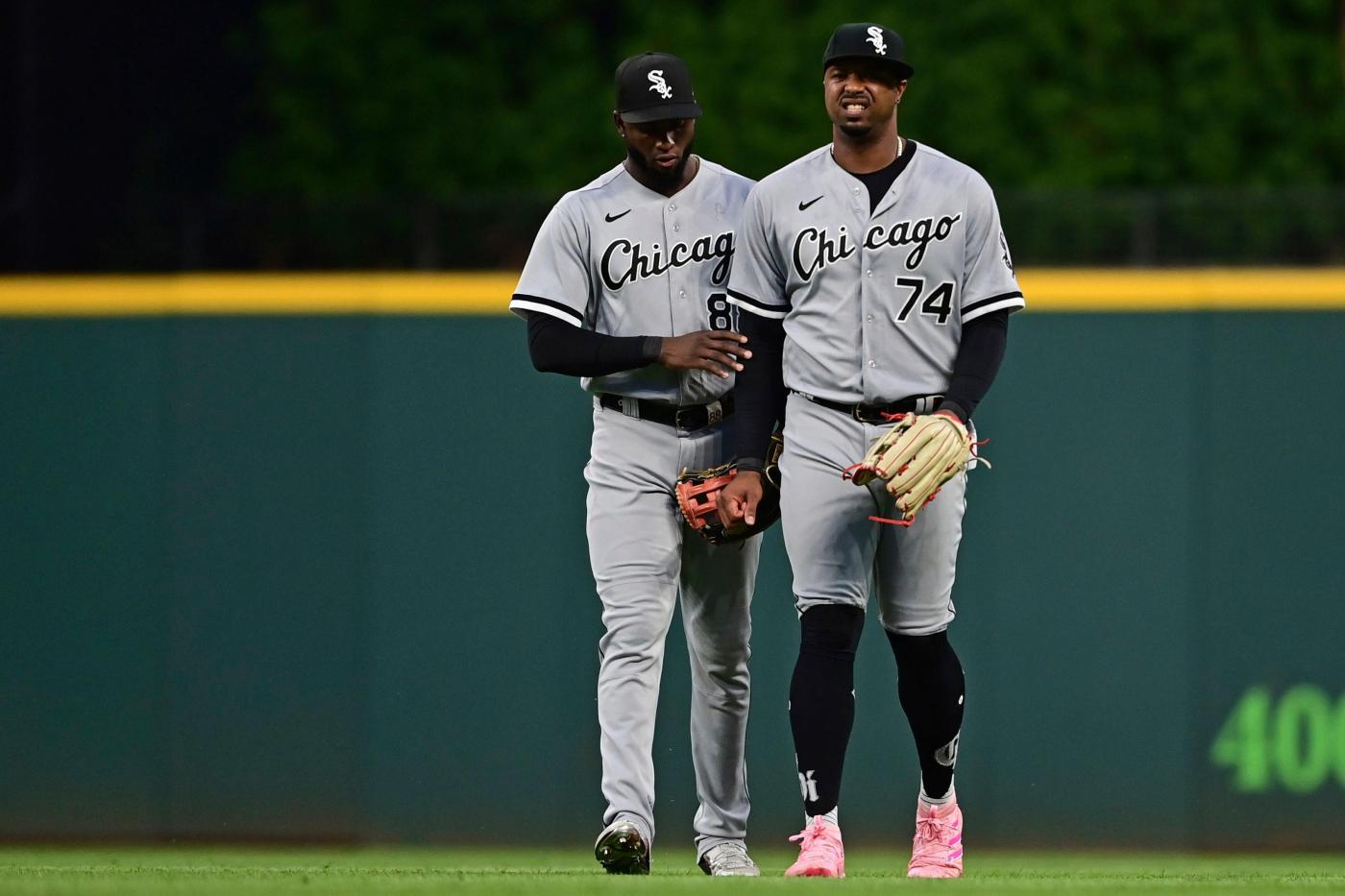 Oscar Colás was in shock when he learned he would be representing the Chicago White Sox at the All-Star Futures Game.

“I was like ‘What?’ I honestly couldn’t believe it,” Colás said through an interpreter Wednesday afternoon during a Zoom interview. “It was a nice moment.”

The outfielder will participate in the event, which highlights some of the top prospects in baseball, Saturday at Dodger Stadium in Los Angeles. Major League Baseball — in conjunction with MLB Pipeline, Baseball America and the 30 major-league teams — selected the players.

“It means a lot,” Colás said. “It’s a big step for my career. Just being (recently) promoted from (Class A) Winston-Salem to (Double-A) Birmingham, it’s a good opportunity.”

Colás has had success in his first season in the organization.

The Sox and Colás came to terms on a $2.7 million deal announced in January during the international signing period. He was ranked the No. 5 international prospect for 2021 and is the No. 2 prospect in the Sox organization, according to MLB.com.

The 23-year old from Cuba summed up his first few months by saying he was “surprised because all the results have been very good. I wasn’t expecting them to be as good as fast as it has been because I knew this was a process. But I’m definitely happy with the results and the adjustments I’ve made, and I plan to keep moving forward and get the results and development I’m hoping for.”

Colás slashed .311/.369/.475 with seven home runs and 42 RBIs in 59 games with Winston-Salem. He was promoted to Birmingham on Tuesday and went 4-for-9 with two doubles in his first two games.

His previous experience included playing in the Serie Nacional, Cuba’s top league, from 2016-20; the Japan Western League from 2017-19; and the Japan Pacific League in 2019.

“The biggest adjustment for me is how I was able to feel comfortable with a little bit of mechanics,” Colás said. “I used to have a leg kick when I was swinging and then by the end of spring training, we made adjustments just to not do that and just keep my foot on the ground, just to be able to reduce the strikeouts and have more contact with the ball.

“And it was a fairly easy adjustment, and the results were there right away. I was surprised because I was doing that since I was in Cuba and in Japan. I got good results but now not doing that I see I have better results and I’m able to see the ball better and that’s a surprise because I never thought that would be something I would feel comfortable with.”

Asked why the transition from Cuba has been smooth, he said adjusting overall “hasn’t been that easy, especially off the field. But on the field, the key has been just being myself. I’m the kind of guy that I don’t try to be anybody else. I just try to be myself and do what I know that I can do on the field.

“I have a lot of confidence in myself. I know what I can do. I don’t try to do more than what I can do. … It’s just trusting myself and believing in the things I can do.”

That has put him in position to go to Los Angeles for the Futures Game. He’s looking forward to sharing as much of experience as he can with his family.

“(I’ll) probably just to go there and call my family in Cuba and show them everything about the All-Star Game and everything around the festivities there,” Colás said. “When I was in Cuba, I wasn’t really thinking about it. I never thought about being an All-Star and being in an All-Star Game or anything like that because we didn’t have that information.

“Now that I’m going to be there and I’m going to be surrounded by some of the best players and prospects in the league, it’s something that, wow, I want to share with my family. … Hopefully just share that moment with them. It won’t be in person but I’m going to do all that I can just to show them how that is.”

Sox left fielder Eloy Jiménez was not in the starting lineup Thursday for the series opener against the Minnesota Twins at Target Field after leaving Wednesday’s road game against the Cleveland Guardians with tightness in his right leg.

Jiménez hobbled after making a running catch in left-center for the final out of the sixth inning at Progressive Field. La Russa didn’t rule out Jiménez playing at some point this weekend.

“See what it feels like in the next couple days, be careful with him,” La Russa said. “And (there is a) chance he might play this weekend. The scan didn’t show anything drastic happening.”

Jiménez was on the injured list from April 24 to July 6 after suffering a torn hamstring tendon behind his right knee running to first against the Minnesota Twins at Target Field. His rehab assignment with Triple-A Charlotte hit a brief pause for what the team called “normal leg soreness.”

“He actually felt something like this during his rehab in Charlotte,” La Russa said. “Rested a little bit and came back OK. That’s what we’re counting on.”