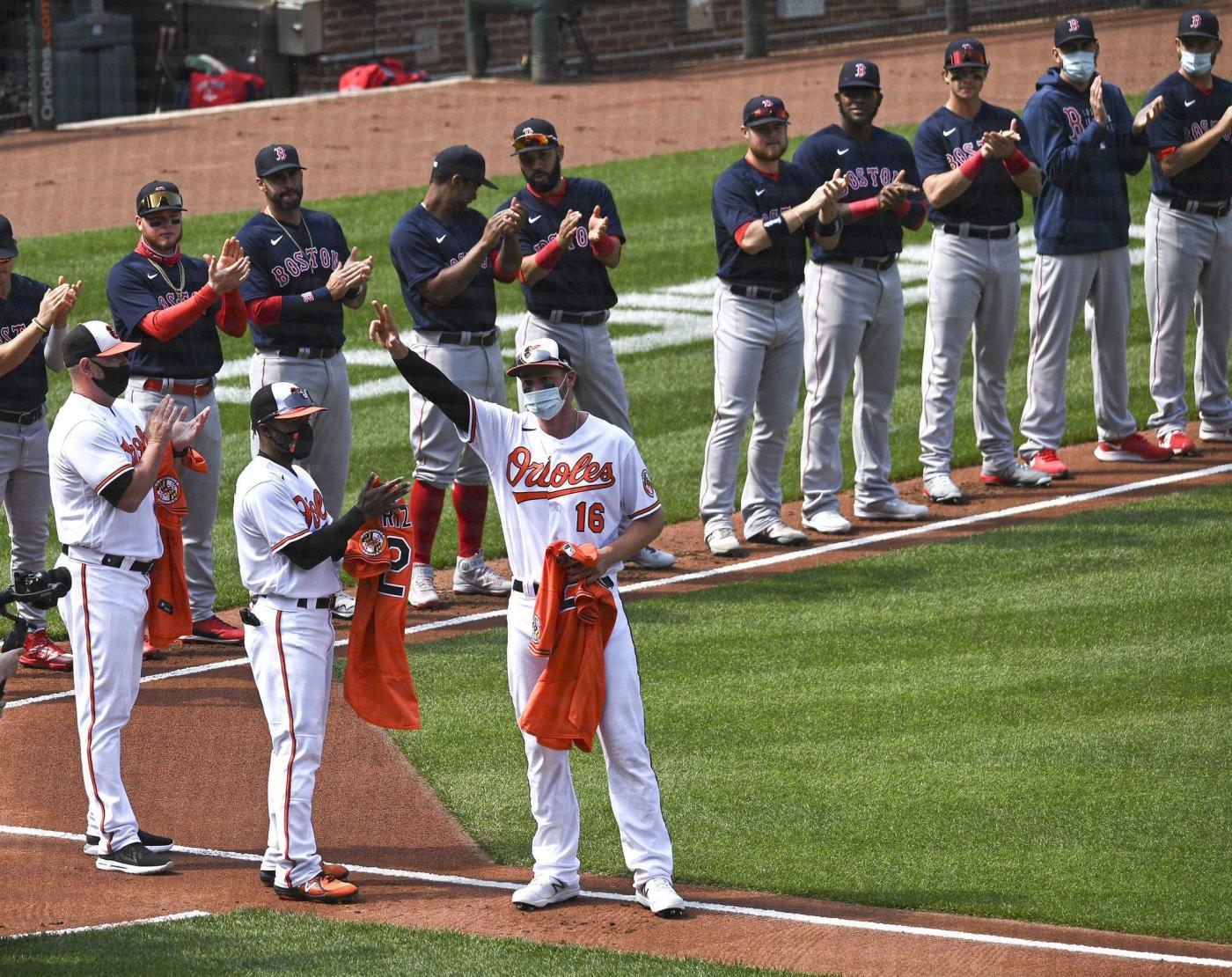 Even now, several days removed from the curtain call that marked the end of Trey Mancini’s career as an Oriole at Camden Yards, he and his fiancée Sara Perlman get goosebumps thinking about it. The crowd chanted Mancini’s name, eager for a way to say goodbye to a player who’s known no other home in the big leagues.

Mancini, who had just hit an inside-the-park home run on Mo Gaba Day on Thursday, popped his head out of the dugout. He waved to Perlman. He waved to the rest of the fans clad in orange. And then he ducked back into the dugout, knowing that might’ve been the end of a decade-long tenure with the Orioles organization.

“I told him after, I felt like that almost had to be his last home game,” Perlman told The Baltimore Sun on Tuesday. “It almost felt too poetic. It was insane.”

For Mancini and Perlman, the emotions of that moment haven’t waned. Mancini was traded to the Houston Astros on Monday, signaling Baltimore’s intentions to sell despite an above-.500 record entering Tuesday’s trade deadline. Perlman is flying to Texas this week to find housing and complete a move while Mancini acquaints himself with a new franchise.

But the couple is leaving behind the city where they met and grew as individuals and as a couple. And for all the excitement of what Houston might offer — with a postseason berth practically a lock and World Series aspirations, there’s plenty to be excited for — there’s still a hole where Baltimore fits.

It’s where they fell in love. It’s where Mancini fought and overcame stage 3 colon cancer. It’s where he became a fan favorite since his MLB debut in 2016.

“Baltimore’s just going to always be so special,” Mancini told The Sun on Tuesday. “My connection with the fans, my connection with the community, [Johns] Hopkins [Hospital] is there. And that’s where I met Sara. I spent a third of my life in the Orioles organization. That’s a long time. It’s still hard to put into words, but that’s the best I can do.”

Added Perlman: “I met Trey here. This city in itself holds a really special place in our hearts. Two, Johns Hopkins, arguably the most important aspect of this all. And also, when you go to Camden Yards, 50% of the stadium is wearing Mancini jerseys.”

Over the last month or so at Camden Yards, as the possibility of a Mancini trade grew, more and more fans approached Perlman in the stands. Some wanted hugs, or photos, or both. Others wanted to tell her how much Mancini’s journey through cancer — missing the 2020 season before a 2021 return that included a runner-up finish in the Home Run Derby and culminated with the American League Comeback Player of the Year Award — meant to them or their family.

Mancini’s influence went beyond the diamond, even as the 30-year-old’s .751 on-base plus slugging percentage made him an attractive option for several teams at the deadline.

“All of those things,” Perlman said, “are hard to have in a new city.”

When Mancini thinks back on his experience with the Orioles, his thoughts start with his first game for the Aberdeen IronBirds in 2013. An eighth-round pick out of Notre Dame, Mancini was impressed by how many fans in the crowd knew who he was. That never changed, with Mancini becoming the longest-tenured Oriole before Monday’s trade.

Playing here also held significance. Mancini’s mother lives in Bowie. His grandfather was an Orioles season ticket holder for two decades before his death. On the day he would’ve turned 79, Mancini homered in his Orioles debut.

The standing ovation he received after his final Oriole at-bat at Camden Yards felt like closure, he said.

“There’s not much else I can ask for,” Mancini said, who noted he’s leaving the organization on the “best terms imaginable.”

“I’m so lucky to have spent 10 years in the organization — an organization that I grew up watching and following,” Mancini continued. “It really was a dream come true for me to play for the Orioles.”

Mancini’s contract contains a mutual option for the 2023 season. It’s uncommon for the team and player to pick it up, which could mean Mancini becomes a free agent after the season. No matter what happens beyond 2022, Mancini and Perlman plan to remain connected to Baltimore.

Through the couple’s work with the Trey Mancini Foundation, and their connection to Mancini’s nurses and oncologist at Johns Hopkins, they’ll stay close to the city. When the Astros play the Orioles at Camden Yards in September, Perlman said one of the nurses plans to be at the game to cheer for Mancini.

But the immediate whirlwind for Mancini and Perlman is something they’ve never been through before. Mancini said goodbye to his Baltimore teammates, a group he felt “so thankful and lucky to be a part of.” And while he’s leaving a club on the cusp of a turnaround, that almost makes saying goodbye easier — “I know I’m leaving the Orioles in a really good spot.”

Then he reported to Houston, where the Astros are playing the Red Sox. Perlman, with the couple’s dog, is flying to Houston this week.

“When he comes back home to Houston — which sounds so weird out loud — I will hopefully have us moved in and set up for hopefully the next three months,” Perlman said.

It’s all different. It’s all new.

Baltimore meant so much to each of them — and even now that it’s in the rearview, their feelings for the city and its fans will never change.

“We’re both just really grateful,” Perlman said. “If Trey wasn’t drafted here and if I didn’t take a job here, we never would’ve met. Our lives probably would never have crossed paths. For so many reasons, we’re sad to leave but excited for the future.

“We will miss this city greatly. And truthfully, nothing but the most love for Baltimore and Maryland.”