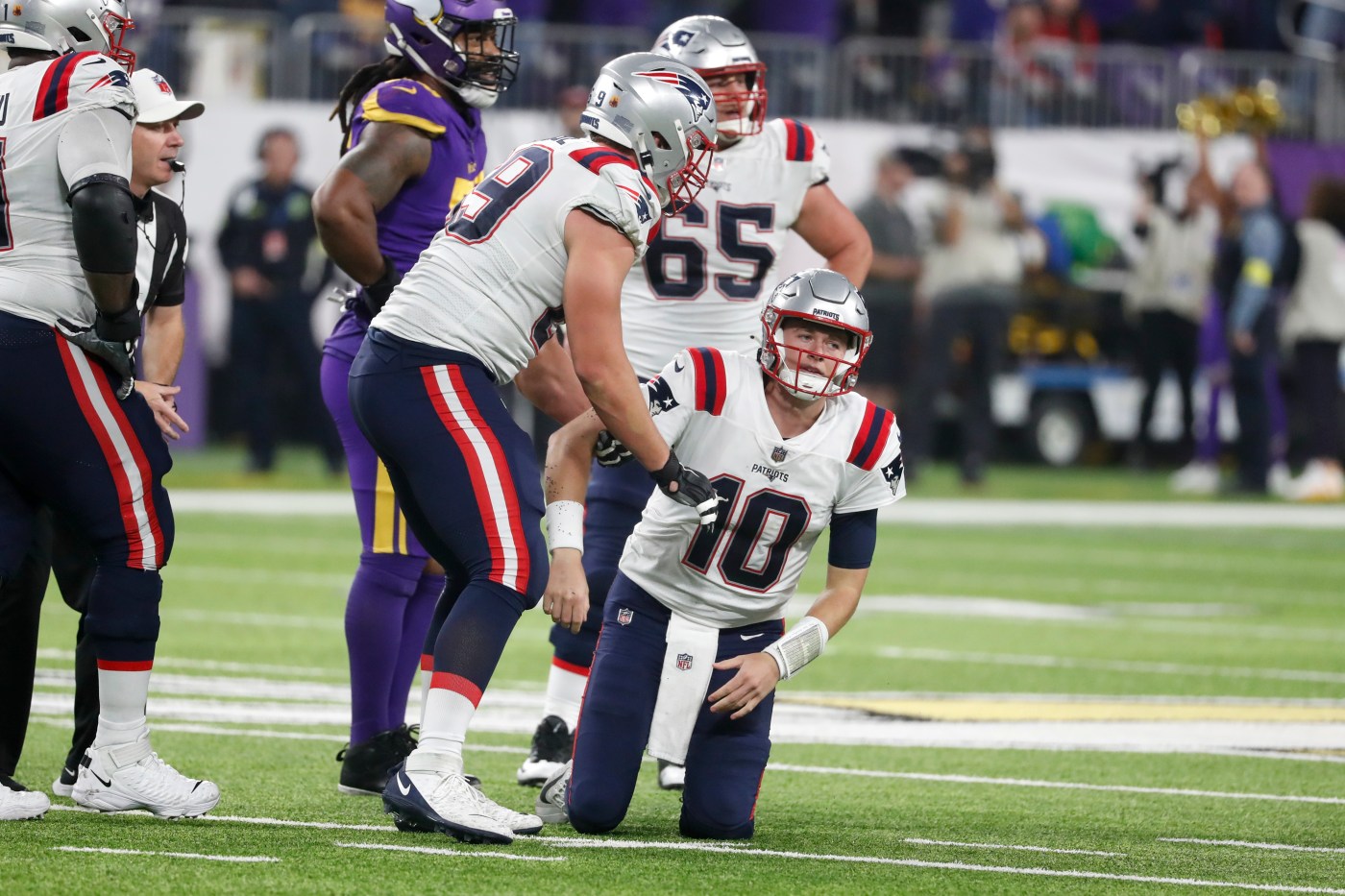 By the sound of their post-game comments, the Patriots are thankful they must turn the page after a tough Thanksgiving loss at Minnesota.

Because soon enough, the Bills will be in Foxboro for the biggest game of the season.

“Yeah, it’s a huge game. I think Buffalo is the top, top team in the league,” said Patriots quarterback Mac Jones. “Obviously they’re playing really well when you watch crossover film and things like that. Just a great team. We have to be able to play better to win. We know the challenge ahead,”

In their last two meetings, the Patriots famously failed to force a single punt from the Bills, who won 33-21 in New England last December and then 47-17 in a Wild Card playoff romp. The Pats know they can’t allow Buffalo to pass like the Vikings did Thursday night, when No. 1 receiver Justin Jefferson went off for nine catches, 139 yards and a touchdown.

Bills All-pro wideout Stefon Diggs, a former Viking, has averaged more than six catches and 94 yards per game in his career against the Patriots, with four touchdowns in five meetings.

“We’ve got another guy that’s pretty good next week, so we’ve got to look at what we can do to better handle a guy like that between Diggs and Gabe Davis next week,” Pats safety Devin McCourty said. “It will be a very similar challenge to what we got with Jefferson. If we play like that against No. 1 guys, it’s going to be a long year.”

Hours before the Patriots kicked off at Minnesota, the Bills eked out a 28-25 win at Detroit. Quarterback Josh Allen started a game-winning drive with 23 seconds on the clock, found Diggs for 36 yards and took a couple carries to position kicker Tyler Bass for a 45-yard field goal with two ticks remaining. The win pushed Buffalo to 8-3 and temporarily a half-game ahead of the Dolphins, who are slated as heavy home favorites versus Houston on Sunday.

Buffalo’s three losses have come by a combined eight points, including an improbable overtime defeat versus Minnesota two weeks ago. The Bills are considered the NFL’s most well-rounded team, having entered Thursday’s game with a top-6 ranking in offense, defense and special teams by Football Outsiders’ opponent-and-situation-adjusted metric DVOA. Allen was also viewed as a leading MVP candidate until he hit a rough patch to start November.

If the Patriots lose to the Bills, they’ll fall to 6-6 and their playoff odds will drop to 33%, per FiveThirtyEight’s NFL forecast. If they win, they’ll jump to 66% with a 7-5 record and two remaining division games versus Miami and at Buffalo in the season’s two final weeks.