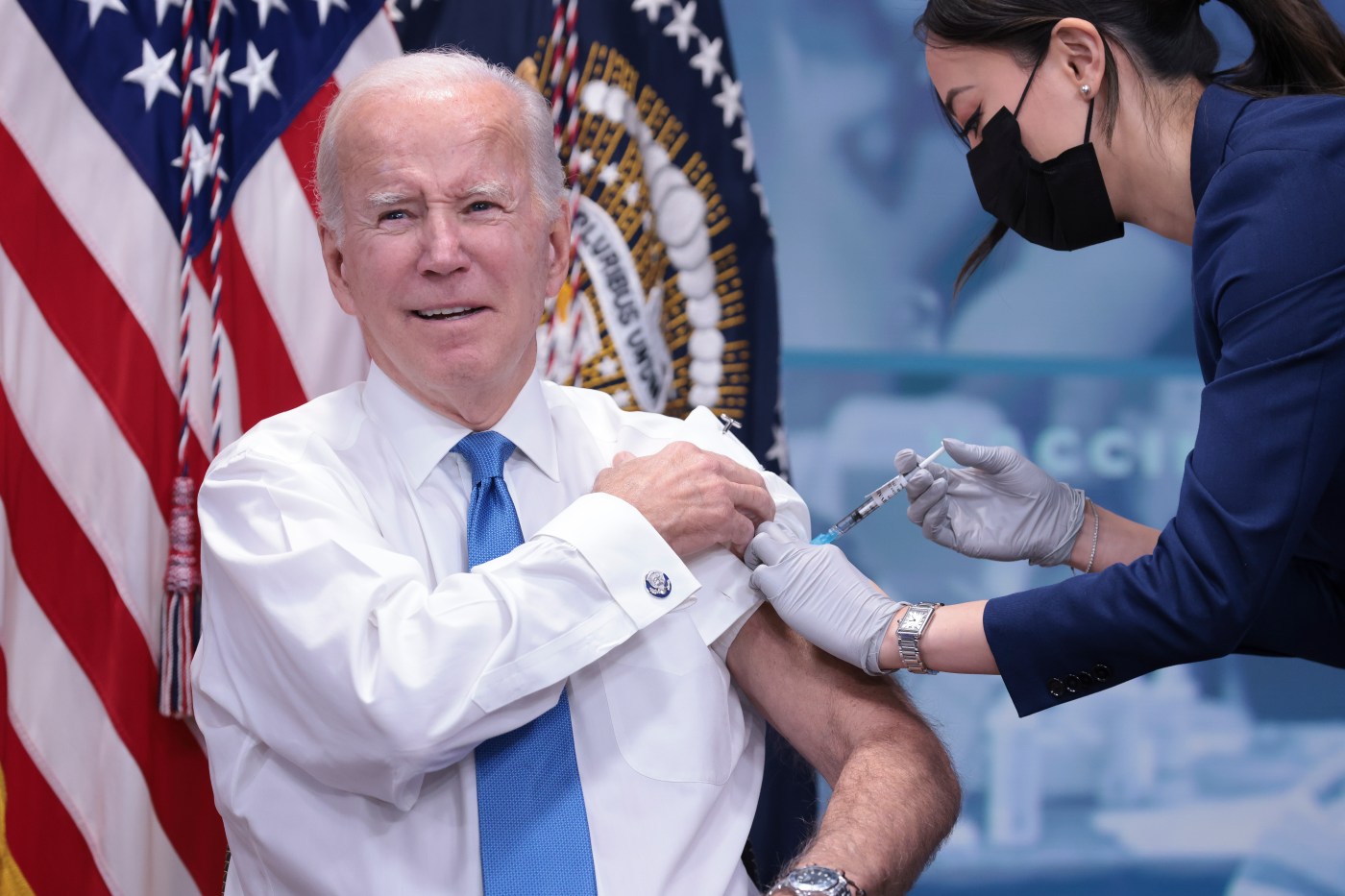 If you want to watch a low-info Democrat voter’s head explode, just ask them this one simple question:

It’s been a long time since anybody, even those with full-blown cases of Trump Derangement Syndrome, puffed out their chests and proudly proclaimed: “I’m with Brandon!”

Until recently, however, many Democrats could somehow avert their eyes from the dystopian dysfunction and devastation that their hero (or his caregivers at the assisted-living facility that is 1600 Pennsylvania Avenue) have wrought.

Somehow they were able to explain away their temporary insanity in November 2020 by blurting out, “But… Trump!” Or some variation thereof.

At this point, however, buyers’ remorse is sweeping even the deepest blue bastions of the trust-funded and the non-working classes. Even Democrat operatives with press passes are find it ever more difficult to sputter out even the lamest defenses of Dementia Joe Biden. Which is why they cringe when you pose the question to them:

It’s my go-to question now in certain social situations, at least if I want to end a conversation instantly. Last week, I was doing a radio hit with one of my affiliates, and I asked the 90-year-old host whom he had voted for.

“You’ve asked me that before!” he muttered. “I don’t have to answer that! This isn’t Nazi Germany!”

Nazi Germany? I asked him who he voted for, and suddenly I’m not even a fascist, or a semi-fascist (as Brandon described Americans last month). I’m a Nazi.

This is how desperate they’ve become with less than two weeks before the mid-term elections. The Democrats are becoming more and more unhinged.

Just last week, the MSDNC hosts were tut-tutting that if you were talking about inflation, you had to be a Nazi, because inflation was a big problem in Germany during the Weimar Republic just before you-know-who took over the country in 1933.

Of course, the highest percentage of votes the National Socialists (for that was indeed their name) ever got in Germany was about 33 percent. In the latest US polls, up to 89 percent of the electorate says inflation is a very big problem.

That means that by the standards of today’s state-run media, an awful lot of Nazis are lurking out there just waiting to vote on Nov. 8 – or maybe they’re even casting their ballots right now, this morning, at a city or town hall near you.

Their argument now is, if Democrats lose, democracy dies. Their way or the highway.

And to even ask them who they voted for two years ago is… triggering. It’s hate speech. Next they’ll be going into court to get cease-and-desist orders against any Mega-MAGA Republicans who dare ask it.

They’ll call it an existential threat to democracy. They’ll describe it as … voter suppression. Am I right, Stacey Abrams?

It’s been a rough week for these deadbeat hippies and the non-working classes. A court stopped the cancellation of the student loans they were contractually obligated to repay, until they weren’t, but now are again, maybe, pending further appeals.

In the meantime, though, how are the young Democrats going to pay for their new tattoos, or next weekend’s weed?

But why are Democrats now so reluctant to proclaim their allegiance to the Democrat party? They’re getting exactly what they voted for – good and hard, as H.L. Mencken once said. Biden himself bragged to someone from the MSNBC amen chorus last week:

“I have more substantive experience on the issues facing the country both in foreign policy and domestic policy than any president ever.”

Of course he does. He babbled about how he cancelled those hundreds of billions in student loans after a vote in Congress – except there was no vote.

He said that Republicans in Congress have been taking advantage of the PPP COVID relief loans, and that one of them actually cashed a check for “187 million (dollars) relief I forget the exact number.”

Can we quote you on that Mr. President? A Republican member of Congress got $187 million in COVID welfare? (I think he may have meant Rep. Marjorie Taylor Green, whose name he can never remember. Her business got $183,000, not $187 million.)

Numbers are not his strong suit, to put it mildly. Biden likes to brag about his, uh, legislative accomplishments.

That’s a lot of money. It’s amazing inflation is as low as it is with that much funny money being pumped into circulation.

Do you see why so many Democrats don’t want to talk much about those glory days of November 2020?

Then he saluted Kamala: “Happy birthday to a great president!”

That wasn’t the first time he’s done that either.

He also wants to outlaw ammunition with “more than eight bullets in a round.” That’s what Brandon calls “common sense” gun-law reform. Mr. President, can you put those eight-bullet rounds into one of those “AR-14’s” you talked about on the campaign trail?

Do you realize, Joe Biden is in the record books as having gotten 81 million votes less than two years ago. And yet today, the quickest way to clear a room of Democrats is to ask this simple question: