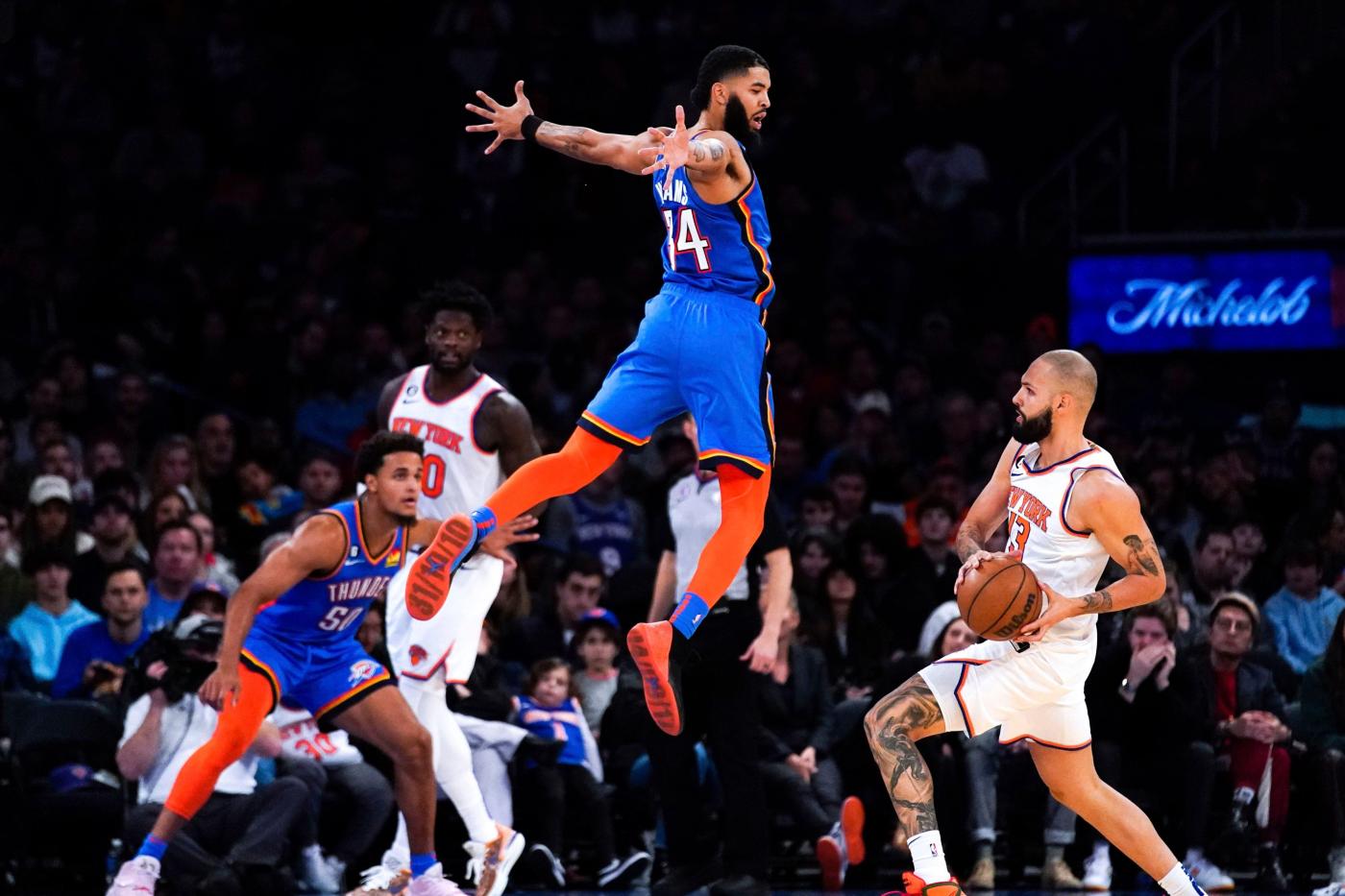 Like many of the Knicks moves lately, Evan Fournier’s demotion to the bench isn’t working out.

The Frenchman’s shooting slump has only worsened since he was pulled from the starting lineup earlier this month, with Sunday’s 0-for-5 effort drawing boos and grumbles from the Garden fans.

Fournier, who made just 6 of 31 attempts over the last seven games, acknowledged the uncertainty of his role has contributed to a misfiring shot.

“The thing is when you only shoot three times a game, it adds up. It adds up. And at the end of the season, you look at your percentage and it’s not good,” Fournier said. “But it’s just hard to find a rhythm right now. I think not knowing the rotation, what’s coming your way, etcetera, etcetera. I have to do a better job of all that and just being in the moment, being ready for whatever.”

As the temperature of Tom Thibodeau’s seat rises with every discouraging defeat — including Sunday’s embarrassment against OKC — the coach has become increasingly willing to alter his rotation.

The Knicks’ two eldest players have been caught off guard by reduced roles. Derrick Rose, 34, who was relegated to sparse minutes as the fourth or fifth guard, called his situation “the unknown.”

Fournier, 30, who is guaranteed about $37 million through next season, hadn’t come off the bench regularly in nearly a decade.

“I’m not gonna lie; I’m getting stiff on the bench now because I’m a little bit older. My knees can’t take it anymore,” Fournier joked. “But yeah, it’s not an excuse at all. I just have to figure it out myself so I can help the team. That’s all I can say, really.”

Fournier, who set the franchise record for 3-pointers last season, is averaging just 7.5 points on 36.5% shooting in 20 minutes. Those numbers are well below his career averages.

“There’s no reason for me to talk to (Thibodeau) about that,” Fournier said. “It’s not about me. It’s about us, winning games. And yeah, I’m gonna try to do my best with what I have.”

The Knicks left a day early for their five-game road trip and Fournier indicated it was to get better acclimated to the high altitude conditions of the first two stops — in Utah and Denver.

Those two Western Conference teams have the highest altitude homes in the NBA, which creates a disadvantage for lungs unaccustomed to the thinner oxygen.

The Knicks own just one victory in Salt Lake City since 2014. They haven’t won in Denver since 2006.

The Knicks face the Jazz on Tuesday and the Nuggets on Wednesday.

“It’s extremely hard to play (in Denver) in back to backs,” Fournier said. “My first year, my rookie year with the Nuggets (in 2012-13), we had the best record in the league at home. We won 39 games and we lost two that year, and we would just look at teams coming in on back to backs like, ‘They’re tired. We got this.’

The Knicks flew immediately after Sunday’s loss to the Thunder and planned to practice in Salt Lake City on Monday.

“I’m not gonna lie, I’m not happy about leaving my family a day early,” Fournier said. “But yes, it does help with (getting adjusted to the altitude).”