It’s Jets week, so Bill Belichick will have his Patriots ready – Boston Herald 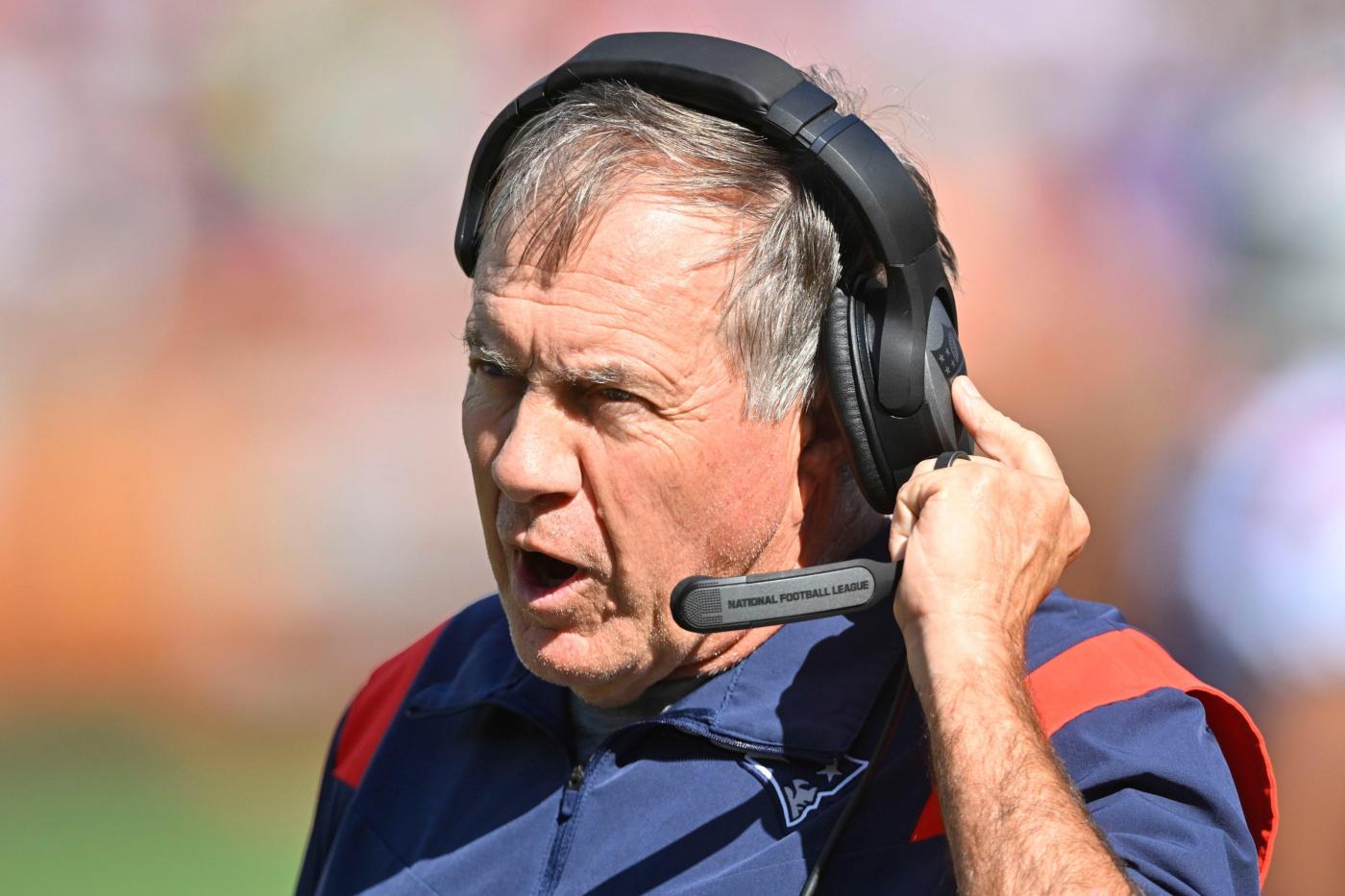 HANK’S HONEYS: As good and as fun as the Jets have been, we can’t ignore the Bill Belichick bounceback theory. He and his team were embarrassed by the Bears in prime time and over the course of his career, it never happens twice in a row. He’ll have the Patriots primed. The Jets are a running team and the Breece Hall injury is huge. Kudos for picking up James Robinson but it’s going to take more than a week to integrate him into the offense. Zach Wilson hasn’t shown enough to prove he can carry the offense himself. Belichick’s weird QB controversy aside, the Pats have the better offense right now.

IF I WERE A BETTING MAN: Patriots and the under.

HANK’S HONEYS: Underdogs again, the Giants just haven’t convinced many people even as they find ways to win every week. Even the matchups favor them here. Seattle has been yielding almost 27 points per game and the third-most rushing yards of any team. That will allow the Giants to run their offense through Saquon Barkley again. Meanwhile, Daniel Jones is picking up confidence with each game under an excellent coaching staff. Geno Smith has been good but this is the best defense he’s seen since San Francisco and he’ll be without D.K. Metcalf.

IF I WERE A BETTING MAN: Giants and the over.

HANK’S HONEYS: We were ready to hop on the Bears before they traded their All-Pro pass rusher Robert Quinn to the Eagles and that made us think about Dak Prescott having the time to throw with his rhythm back after a rusty but successful return to action last week. Even without Ezekiel Elliott, the Cowboys can run it against this front. The Bears are playing their second straight road game on a short week, no doubt a bit full of themselves after pulling off the upset in Foxboro and we are not convinced that Justin Fields has turned the corner. He’ll be up against an elite Dallas front that will have him scampering all day with the speed and quickness to run him down.

HANK’S HONEYS: The Eagles are, without a doubt, the best team in the NFC but they are reaching the overvalued stage. This is just too many points to give a Mike Tomlin-coached team. Kenny Pickett, who grew up at the Jersey Shore not far away, has been showing signs of why the Steelers drafted him as Big Ben’s successor. Interceptions are an issue, especially against this defense, but he’ll be coached out of that this week.

IF I WERE A BETTING MAN: Steelers and the over.

HANK’S HONEYS: This one seems too easy but we just can’t take the Texans on such a skinny line. True, the Titans have won four straight against weak competition but then what are the Texans? Ryan Tannehill’s ankle is a concern but if he can, he’ll gut it out and with the Texans’ last-place run defense conceding 164.7 rushing yards per game, Derrick Henry is set for a big day no matter the circumstances. He’s averaged 6.1 yards per lug against Houston, the most against any opponent. The under is a safe bet with two mediocre offensive units, which average 19.2 (Tiatns) and 17.7 (Texans) ppg.

IF I WERE A BETTING MAN: Titans and the under.

HANK’S HONEYS: The Vikings’ record and four-game winning streak just seems like fools’ gold to us. They covered only once during that streak, which was built against flawed Lions, Saints, Bears and Dolphins (without Tua Tagovailoa). Their offense has firepower but has been inconsistent at best. Kirk Cousins’ stats against pressure are poor and he will see plenty of blitzes from the Cardinals’ defense, which has rebounded from a poor start to the year. DeAndre Hopkins’ return was noticeable last week and his chemistry was Kyler Murray can only get better.

HANK’S HONEYS: It’s a huge game for Miami to get back on track in the AFC East and we see them taking advantage of the opportunity. Tua Tagovailoa should be in better rhythm with his receivers this week as he picks on a very poor Lions secondary and Jaylen Waddle and Tyreek Hill fly around that fast surface. The Lions’ offensive machine has slowed down with six points in the last two weeks. Jared Goff has been lousy and he may be missing top threat Amon-Ra St. Brown (concussion). The Lions usually fight hard but that gets a lot harder to do when things start to spiral downward.

HANK’S HONEYS: Taylor Heinicke stabilized the Washington offense last week, as he’s done in the past, and is an upgrade over Carson Wentz, who was run out of Indy. Now the Colts have given up on Wentz’ aged successor, Matt Ryan, and are allowing Sam Ehlinger to throw the first NFL pass of his career Sunday. That will permit the Commanders to load up against Jonathan Taylor. The Commanders’ running game is picking up and the Colts are hurting at linebacker.

HANK’S HONEYS: Aaron Rodgers is a double-digit underdog for the first time in his career. For good reason. His receiving corps has been decimated by injury, he has no one to stretch the field and he’s thrown for under 250 yards in three straight games. He keeps griping about his supporting cast — not good for team chemistry and he’s going to have to turn it around against a Bills defense, allowing just 13.5 ppg and getting healthier. And we haven’t even mentioned Josh Allen against a Packer D that has been leaking oil for the last four weeks. The Bills Mafia should be rocking the place in a prime-time blowout.

IF I WERE A BETTING MAN: Bills and the under.

HANK’S HONEYS: The Browns have won seven of the last eight meetings SU, including a season-sweep last year but there is no use stepping in front of a Cincy train that is starting to regain its Super Bowl form. Joe Burrow is on fire and will now take aim at a bottom-five Cleveland defense that could be missing All-Pro CB Denzel Ward (concussion protocol) for the third straight game. The Browns give up big plays in the passing game, not a good tendency with Burrow in town. If the Bengals can force the Browns to abandon their running game, this one could get ugly.

HANK’S HONEYS: Will Kyle Shanahan’s mastery of Sean McVay continue? And what are we to make of either of these two teams who battled for the NFC title last year? Jimmy G is 7-0 against the Rams in his career but he’s making some awful throws that this ball-hawking secondary can turn around. The Rams continue to have protection problems and will have to deal with Nick Bosa. They also got some good injury news this week with C Brian Allen returning. The bye week should help the Rams get into the playbook deeper while the Niners lick their wounds after being thrashed by the Chiefs. Flip a coin and take the under.

CAN’T HELP YOURSELF? Rams and the under.

BRONCOS vs. JAGUARS in LONDON

IF I WERE A BETTING MAN: Saints and the over.

IF I WERE A BETTING MAN: Falcons and the under.