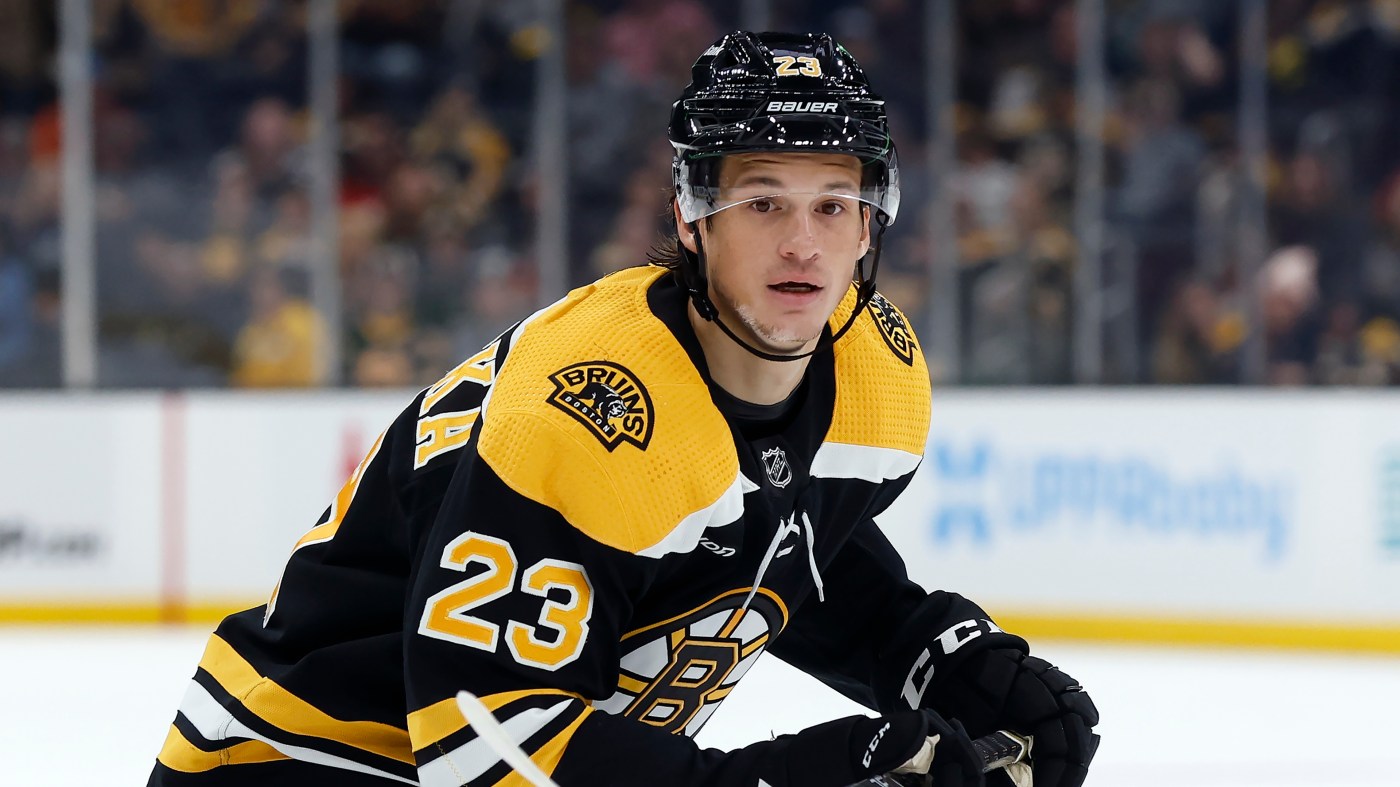 There was a time when the Bruins thought Jack Studnicka was a top six centerman of the future.

Somehow that future never lined up with Studnicka’s development and, on Oct. 28, GM Don Sweeney decided to free up some roster space by dealing Studnicka to the Vancouver Canucks for a goalie (Michael DePietro) and defense prospect (Jonathan Myrenberg).

On Sunday, Studnicka returned to the Garden for his first game against the team that selected him in the second round in 2017.

While it’s a new lease on his NHL life, Studnicka still needs to prove himself as an NHL centerman. Coach Bruce Boudreau has been using him primarily as a right wing. He’s liked what he’s seen from Studnicka as far as his skating and coachability go, but the jury is still out on where the player’s future lies.

“Right now, I don’t know what I envision him as. We could always use another centerman,” said Boudreau. “That spot is there, but it’s probably got to wait till he’s more familiar not only with this team but with the NHL in general. He’s only played a handful of games with the Bruins. But I think down the road he could become a good centerman.”

Studnicka’s pro career got off to an excellent start. In his first season, he posted 23-26-49 totals in 60 games with Providence. But when COVID hit, his development went sideways. The 2019-20 Calder Cup playoffs were canceled and then, in 2020-21, he was limited to just 31 games between Boston and Providence.

For two consecutive years, Studnicka had a solid training camp, only to run up against the B’s riches at the center position. He was sent back to Providence last season, but he required waivers this season so the B’s kept him in Boston despite not having a spot in the lineup for him.

Studnicka concedes that he didn’t do enough to force anyone out of the lineup.

“It’s on the player as well. I probably could have performed a little bit better,” said Studnicka. “But in the training camps, I thought I did my job and maybe wasn’t rewarded with how I thought I would be. But that’s life and some of that is on me. But it’s nice to get a fresh start.”

His one and only game with the B’s did not go well. In that Oct. 20 game against Anaheim, he played just 8:01, was on the ice for the only Ducks goal and he took two minor penalties in a game the B’s eventually won in a shootout, 2-1.

Studnicka had a sinking feeling that game might have sealed his fate with the Bruins.

“I had a hunch, maybe,” said Studnicka. “I know how the league works with roster limitations and such. I knew they had a lot of guys, so I knew it was definitely a possibility after that.”

Studnicka has a goal and an assist in six games with the Canucks, averaging a little over 10 minutes a game.

To Boudreau, Studnicka needs to recognize that he’s got a great opportunity in front of him.

“(Boston) is a tough lineup to crack and sometimes you get frustrated when you’re sitting there and, A, you’re not given the chance to crack it, or, B, you aren’t able to crack it because they’re very good,” said Boudreau. “If I was him, when I got moved, I’d be like ‘OK, this is just a breath of fresh air, this is a new life for me.’ Hopefully he takes it as it is.”

It didn’t take long for first-year coach Jim Montgomery to come to the same conclusion that former coach Bruce Cassidy did – that Patrice Bergeron, Brad Marchand and David Pastrnak are pretty good together. After reuniting them in Buffalo, he said prior to Sunday’s game that he was going right back with them against the Canucks.

“We haven’t been generating enough 5-on-5 and I’ve put them together a little bit and they’ve generated 5-on-5 goals for us. We need more production 5-on-5 in general. The (Tomas) Nosek-(Nick) Foligno line has been our most productive line 5-on-5 the last six games,” said Montgomery.

Montgomery is also pretty committed to the five-forward power-play unit, as the successes have far outweighed the shorthanded goal that was allowed on Saturday in Buffalo.

“It’s feast or famine, but we have four power-play goals in seven attempts. That’s pretty good numbers (since putting it together),” said Montgomery.

After seeing just 7:42 of ice time in Buffalo, Craig Smith was scratched for Sunday’s game and A.J. Greer got back in the lineup. …

From the obscure stat department: When Jakub Zboril scored the game-winner on Saturday in Buffalo, he became the first defenseman in Bruins history – and eighth player overall – to have his first career NHL goal be a GWG. The last Bruin to accomplish that was Ty Randell in 2015.