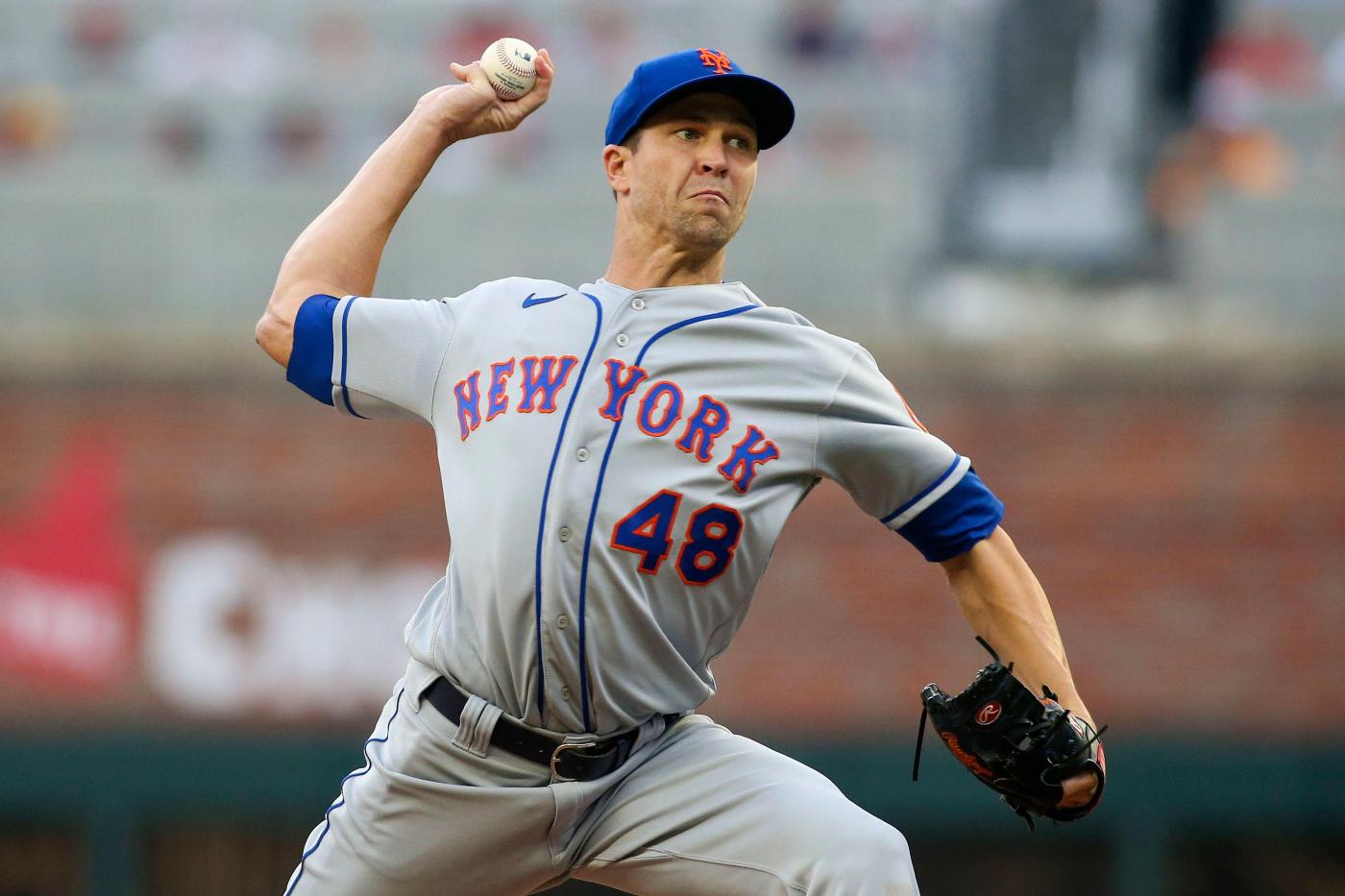 ATLANTA — There are times when you watch Jacob deGrom and think he may never give up a run again.

“Gosh, the level he pitches at, people expect perfection every time he cocks his arm,” Buck Showalter said.

Watching him give up three runs — two in the same inning, no less — can feel like witnessing an unnatural earthly phenomenon. When the Braves tagged him for three runs on Thursday night, the planet did not start spinning backward and rain didn’t fall upward, but the final baserunner he allowed wound up being the winning run in Atlanta’s 3-2 victory.

After this series kicked off with three bizarre games, two of which were interrupted by rain, Thursday’s finale was the marquee game that fans were promised. Max Fried matched deGrom in effectiveness and his bullpen dealt two innings of fire, putting a bow on a tight game that was fraught with tension throughout.

“We won four when we were back at our place,” Brandon Nimmo said, referencing last weekend’s series at Citi Field. “They won three when we were here. I’m not that disappointed.”

“It’s definitely disappointing,” deGrom countered. “I wanted to come in here and win all four games. I’m disappointed with it, but we’ve gotta go play tomorrow.”

Once the Braves got their second run on an Austin Riley RBI single, the Mets’ legend entered deGrominator mode. He set down the next 12 hitters in order, delivering strikeouts to five of them. The reign over Atlanta’s lineup ended when rookie second baseman Vaughn Grissom slapped an infield single that fellow rookie Brett Baty just couldn’t corral. It will live in the hypothetical world forever, but it’s not hard to imagine injured infielder Luis Guillorme — known in the Mets’ clubhouse as “The Bearded Magician” — making that play.

Playing in just his second MLB game, and not someone who’s known for their defense at all, the 22-year-old third baseman lunged to his left and made a diving attempt on the ball. As Baty tried to gather himself to throw across the diamond, the ball didn’t come with him. Instead, it sat next to him on the ground, having popped out of his glove to open a door that the Braves rammed through.

With Seth Lugo now pitching, Michael Harris II rolled a ground ball through the Mets’ infield shift. It was not hit hard, and with a normal defensive alignment it would have ended the inning. But with a full count and two outs, Grissom got a head start from first, and Brandon Nimmo’s throw to the plate left something to be desired. It had to get cut off by first baseman Darin Ruf, who wheeled and fired to the plate just as Grissom was slip n’ sliding across home.

“You hate going 3-2 in that count,” Showalter lamented. “You know you’re susceptible to things like that.”

“That ball was hit in the right spot,” Nimmo said. “Kudos to him for putting it in play. Good things happen when you put the ball in play. The only thing I wish I would have done, maybe, is let it rip to home plate.”

Lugo did his job in getting some weak contact on the ground, but that placement was just divine enough for the Braves to capitalize, creating the familiar situation of deGrom taking the loss in a game where he pitched wonderfully. For deGrom, the velocity is there, the demeanor never left, and the only question entering the night was when the Mets would feel comfortable extending him to a standard workload.

If there was ever a game to let him eat, this was the one. The Mets were playing their most direct competition for a top-two playoff seed, a team that had their best pitcher on the mound as well, and the Mets were looking to avoid losing the series. While they didn’t get that outcome, knowing that deGrom is not going to shrivel if he sees the seventh inning is another huge step in his comeback.

“It felt good,” deGrom said. “It felt like I still had it. I actually feel like my slider got better later in the game.”

Interestingly, deGrom used his slider as his primary pitch. He threw 48% sliders compared to 40% fastballs and somehow threw a slider at 96.1 miles per hour. The raw velocity numbers are becoming less and less eye-popping as the baseball world re-familiarizes itself with deGrom’s absurd arm. But the extreme confidence in the slider is worth monitoring, particularly as other teams pick up on this latest trick of his.

The Mets now escape Truist Park, a venue where they were rained on multiple times, lost three games and had two starting pitchers get hurt. The next time they come back will be the first weekend of October for their final road series of the year.

If anything can get football-obsessed Georgia to take their eyes off the gridiron for a weekend, it’ll be that.