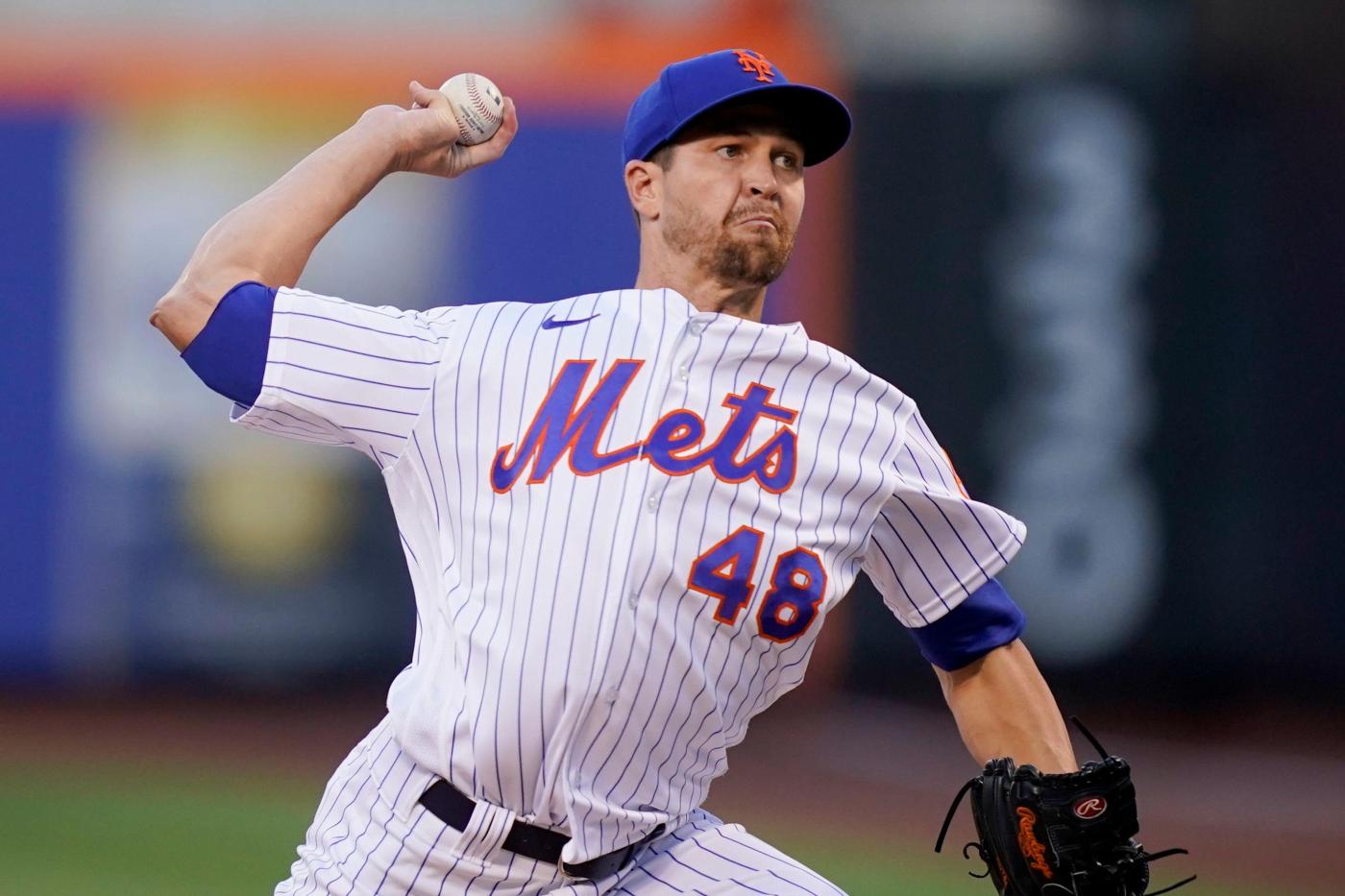 The funny thing about greatness, at least when it comes to starting pitchers, is that it can be defined by the things that don’t happen.

Rather than big, grand spectacles or heroic, one-off displays, a great starting pitcher is more metronomic, repeating the same thing over and over until it becomes wholly expected. Jacob deGrom is that. He is the sun rising in the east and setting in the west. He is the train that always arrives on time. When those things get out of whack, or when deGrom misses over a year with injury, their return to form restores balance.

In the Mets’ 1-0 win over the Phillies on Saturday, that’s exactly what deGrom did. The Mets lost a game on Friday, a rare occasion for this year’s team. No matter, deGrom ensured that everything would be back to normal on Saturday. Of course, normal for him is fastballs in the triple digits and sliders that are considered pornographic in many countries.

Those two pitches — which have become his main pitches as the changeup and curveball have moved to the back burner — put the Phillies in knots. In one particularly evil part of the night, 16 Phillies in a row went down without reaching base. After 76 pitches (tying the season-high he set in his last start), deGrom had 10 strikeouts, no walks, and six innings in the bag. Philadelphia had two hits, no runs, and a 1-0 deficit.

It’s hard to know at this point whether this is the deGrom that will be around for the rest of the season — he’ll definitely get a longer and longer leash, at the very least — or if he theoretically has another level he can reach. This is, after all, someone who’s now only pitched three times in the major leagues this year after various arm injuries kept him away for 391 days. If this is deGrom still in ramping up mode, hitters will be lucky to make any contact at all in September and October.

Consider that the hardest fastball he threw on Saturday was 101.7 mph, and the maximum velocity on his slider was 94.4 mph. Twins’ reliever Jhoan Duran has the highest average fastball velocity of any MLB pitcher this year, clocking in at 100.6. So, not only was deGrom’s hardest fastball on Saturday harder than the hardest throwers, his slider was also harder than the hardest slider throwers. Cleveland’s Emmanuel Clase’s typical slider flies in at 92.0 mph, mere child’s play for deGrom.

In getting through six innings, the Mets once again did not have to press the Joely Rodriguez, Adonis Medina or Trevor Williams button. All three of those pitchers have had good stretches at some point of the season — especially Williams, who’s been steely all year — but they are the three clear low-leverage relievers on the active roster.

Only having to use the high-leverage guys (as the Mets did on Saturday by calling upon Seth Lugo, Trevor May and Edwin Diaz) means two things. The first is that they had the lead, which is always what you want. The second is that their best pitchers for the situation are pitching when they’re supposed to, rather than putting someone slightly under qualified up there to protect a high-leverage guy from getting overworked.

They would have taken a bit more offense, and two straight nights of Diaz will likely keep him out of Sunday’s matinee after recording his 200th career save, but other than that the game unfolded very favorably for the Mets. They’ll always take a win against the Phillies, they’ll take any non-catastrophic deGrom outing eight days a week, and when he turns in a god-like performance as he did on Saturday night at Citi Field, any other micro-concern can be shelved.

The Mets’ lone run came all the way back in the first inning when Pete Alonso continued his ownership of Phillies’ starter Aaron Nola. Alonso has the most career home runs of any hitter against Nola, and while his RBI knock in the first inning stayed in the yard, it might have been even more painful for Nola. The Phillies’ righty went eight innings with eight strikeouts and only surrendered two hits after that first inning.

But with deGrom doing his thing, Nola had to settle for second fiddle status, taking a deflating loss. He should feel better knowing that it came against baseball’s most dominant force, who once again has harnessed his full potency.