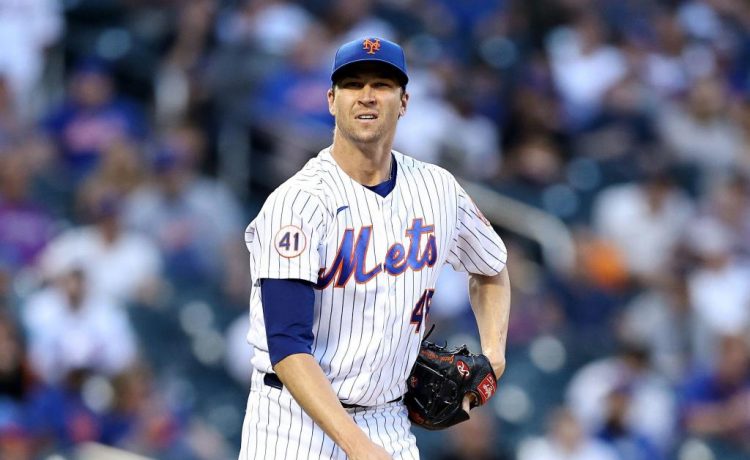 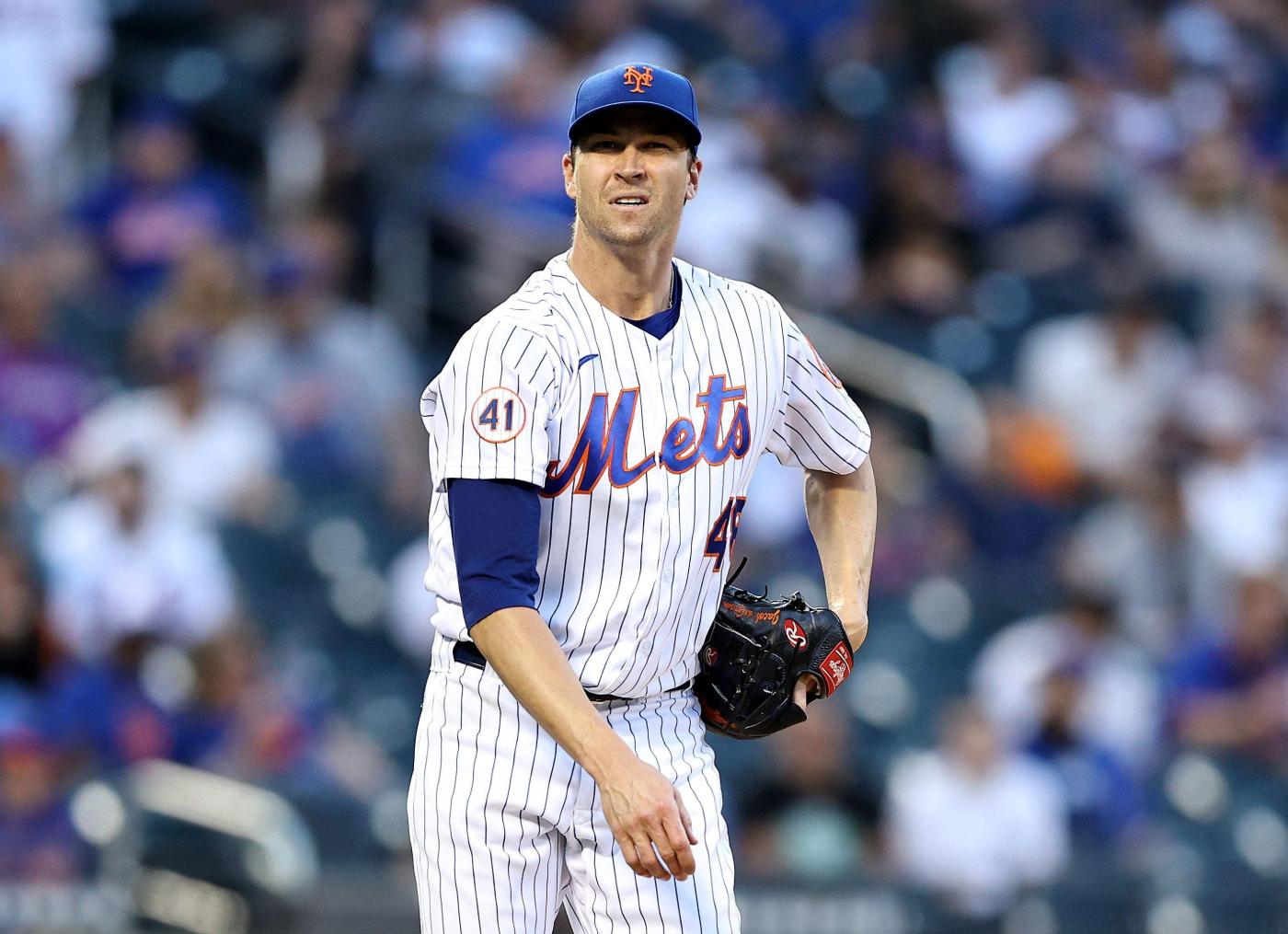 In fact, he threw many of them. Notoriously private, obsessively weary of the media, deGrom’s bullpen session happened long before anybody else showed up at Citi Field. DeGrom was also nowhere to be found in the clubhouse before the game or on the field during warmups.

“Jacob threw a side today,” Buck Showalter confirmed. “I talked to him a little bit. It seemed to go well. We’ll see how he feels tomorrow and then make a decision on where he goes, and when. The plan is for him to make a [rehab] start some time in the coming week.”

Showalter did not watch the session live, could not tell reporters how many pitches deGrom threw, and at the time of his pregame press conference, the manager had not watched video of deGrom either.

Each of the last few times Showalter has spoken about deGrom, he’s been consistent in his messaging that they’ll be touch and go with his physical condition, and if everything is feeling the way it should, deGrom will then start another game in the minor leagues to determine the next step.

Another pitcher, albeit a much less famous or important piece of the team, also made a step forward in his rehab on Sunday. Trevor May, who last pitched for the Mets on May 2, saw some action with the Binghamton Rumble Ponies.

“Trevor threw an inning today,” Showalter beamed. “It went well, 14 pitches, one inning, one hit, one strikeout. It sounds like he did well and felt well. We’ll see how he feels tomorrow, but he’ll pitch again, obviously, on rehab. We’ll probably try to get him back-to-back days somewhere in here.”

May had a stress reaction in his pitching arm that caused inflammation. He owns an 8.64 ERA in the 8.1 MLB innings he pitched before the injury. Then there’s James McCann, who’s been hanging out at Citi Field but is also making his way back from injury. The catcher had an oblique snafu that’s held him out since July 9.

“He’s moving pretty quickly,” Showalter said of McCann. “They’re very upbeat about it. He hasn’t gotten a concrete assignment date yet. They haven’t given me the sheet that has it mapped out, when and where. But it’s moving toward playing in games in the near future. I wish I could be more specific.”

Despite sweltering heat — the temperature was in the 90s for the entirety of Sunday’s pregame activities — a few Mets, including Jeff McNeil, did some hitting on the field. Showalter was asked if he dissuades players from spending unnecessary time in the sun.

“Yes, we’ve been doing that for about a month now,” he said. “In a lot of ways, I think we’ve made the facilities too good inside. I had three or four conversations with players today, and you have to do it inside.”

While the 66-year-old Showalter said the weather would be much less of an issue if he was a 26-year-old player, he’s taken notice of the extreme conditions.

Daniel Vogelbach’s first game as a Met was televised for a national audience on ESPN’s Sunday Night Baseball. Batting sixth, playing DH, and wearing No. 32, Vogelbach made his Mets debut. He was with the team at Citi Field on Saturday, but with the Padres starting a lefty, Showalter opted to give Vogelbach a day to get acclimated without having to play any baseball.

“I’m glad he got to do that,” Showalter congratulated himself. “You can tell he’s very familiar and comfortable. Who doesn’t like Daniel? He’s a very magnetic character. You can tell he’s really happy to be here.”

While Vogelbach got his first start on Sunday, the Mets sent their other recent trade pickup to Triple-A. Michael Perez, the catcher that came over from Pittsburgh in exchange for a big pile of cash, is joining the Syracuse Mets to get back into the rhythm of playing in games.

“We’re sending him down to get some at-bats,” Showalter said. “He hasn’t had any at-bats since the 14th [with Pittsburgh].”