Jakub Lauko trying to make it hard on decision-makers 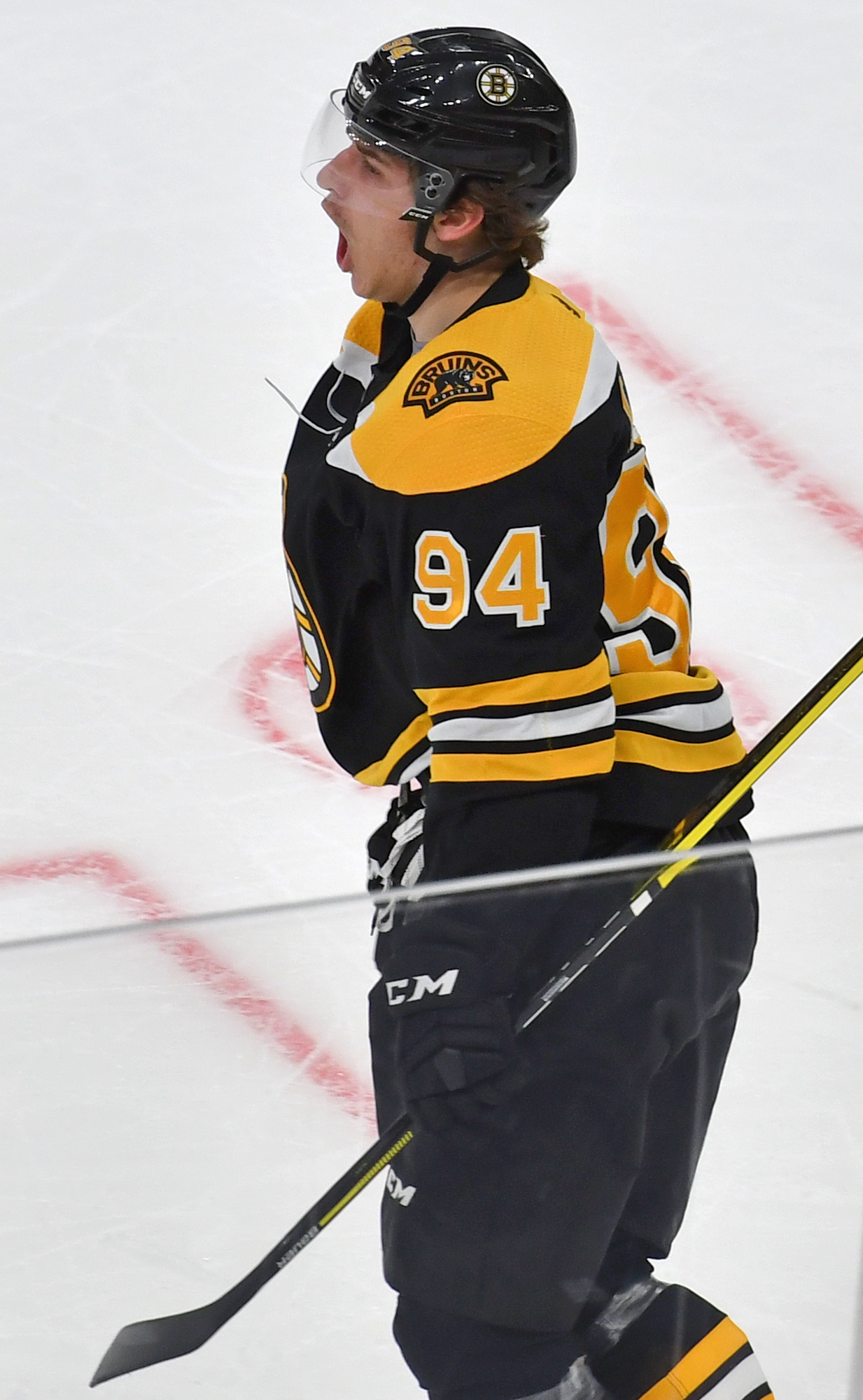 If Jakub Lauko is one of the final cuts by the time the Bruins have to get down to the 23-man roster limit on Monday, it would not be a huge surprise. The numbers crunch being what it is, and the fact that he’s still waiver exempt, make a trip to Providence understandable for the 22-year-old Lauko.

But the fact that he was still here on Saturday and getting one more preseason game will tell you that coach Jim Montgomery and management still see something in the 2018 third round pick.

Lauko is looking to shake off a fairly disastrous 2021-22 campaign in Providence, when he had just 3-13-16 totals and was minus-28 in 54 games, while missing a couple of months with a high ankle sprain.

Montgomery was not familiar with Lauko before he came here but said he feels Lauko’s taken the right step to get his career back on track by utilizing his all-important hard-to-play-against element.

“I don’t know what the communication was internally but I think the development team here did a real good job of letting him know how he needs to play because he’s done the things that I think builds momentum on the third or fourth line,” said Montgomery on Saturday.

“He’s using his speed, he’s attacking the net, he’s physical. And he’s lippy out there. He’s a little bit of an agitator. He gets under people’s skin.”

Lauko said he wanted to take the good from last year, whatever that may be, but admitted he needed a mental reset once the season was over. Among other things, he took a trip to Amsterdam with buddies to clean out any negative cobwebs.

“Last year, I don’t want to call it a complete disappointment because I learned a lot from that season. I know I had a big expectation for that season coming out of the Covid season. I felt really good on the ice and coming to the camp I thought ‘Hey, if I play the same way, I’m going to t make the team.’ But then I was just kind of struggling,” said Lauko. “I had a long-term injury and I was deep in the crap. I couldn’t drag myself out of it. But after the season, I took a big break, where I didn’t think about hockey at all. I was just with my family and friends. Everyone was asking me ‘How was last season?’ I was like ‘Don’t ask me now. Ask me in like three weeks.’ I took a big break with no hockey or anything. I was just playing soccer, maybe a little bit of tennis. I just wanted to enjoy the life a little bit. And then I went back to work. I had a great summer. I was working my (butt) off. I was working out three, four times a day just to be ready for this camp to make a statement after last season. Hopefully, it’s going to pay off.”

Jack Studnicka was scheduled to be back in the lineup for his fifth preseason game on Saturday and, going into the contest against the Devils, he’d done a pretty good job of earning his spot. That would be true even if he didn’t require waivers to be sent down.

He had a good training camp last year, too, but soon found there was no room in the lineup for him. Still, he feels like he’s in a better head space this year.

“I feel like I’ve grown a lot over the year, just approaching the game mentally. If I have a bad shift, I’m not going to sit there and think about the bad shift. I’m just going to keep playing hockey and play off my instincts. It’s been going good so far,” said Studnicka, now playing in a fourth line-type role.

“I think I’ve shown some versatility in teams of where to play in the lineup. The offense has been OK. I’ve contributed a little bit and I feel like I’ve been pretty sound in all other areas of my game.”

Studnicka, who still has a pretty narrow frame despite efforts to bulk up, did get blown up a couple of times against the Rangers and Montgomery said that he’s got to learn how to protect himself and the puck. He did pop right up, though, and Studnicka feels it’s all in the game.

“Everyone keeps talking about those. They’re good hits. They happen. It’s not a big deal to me,” he said. “I don’t look at a game and say I didn’t play very good because I got hit. I still played really good that game. It’s not a big deal to me, honestly. They’re going to happen. That’s hockey. I was just on the other end of them the other night.”

If Studnicka is in the lineup in Wednesday’s opener, Montgomery said he’ll have to contribute on the penalty kill. Studnicka is more than happy to pitch in there. With his long reach and speed, he was something of a shorthanded threat in Providence. He feels he’s been able to show his talents in that department in camp.

“I’ve killed penalties since I was a teenager and I know what it’s all about and I think I’ve done pretty well so far,” said Studnicka.

Craig Smith was getting bumped up to play right wing with Patrice Bergeron with Jake DeBrusk moving back over to his natural left side. Montgomery pointed to Smith’s speed and tenacity.

“Patrice Bergeron is a really talented grinder. And he likes to work and he needs workers with him. So that fits well. Obviously, it’s just a placeholder until (Brad Marchand) gets back,” said Montgomery….

Charlie Coyle was scratched for Saturday’s game for “precautionary” reasons but he’s expected to be ready for the season opener on Wednesday.