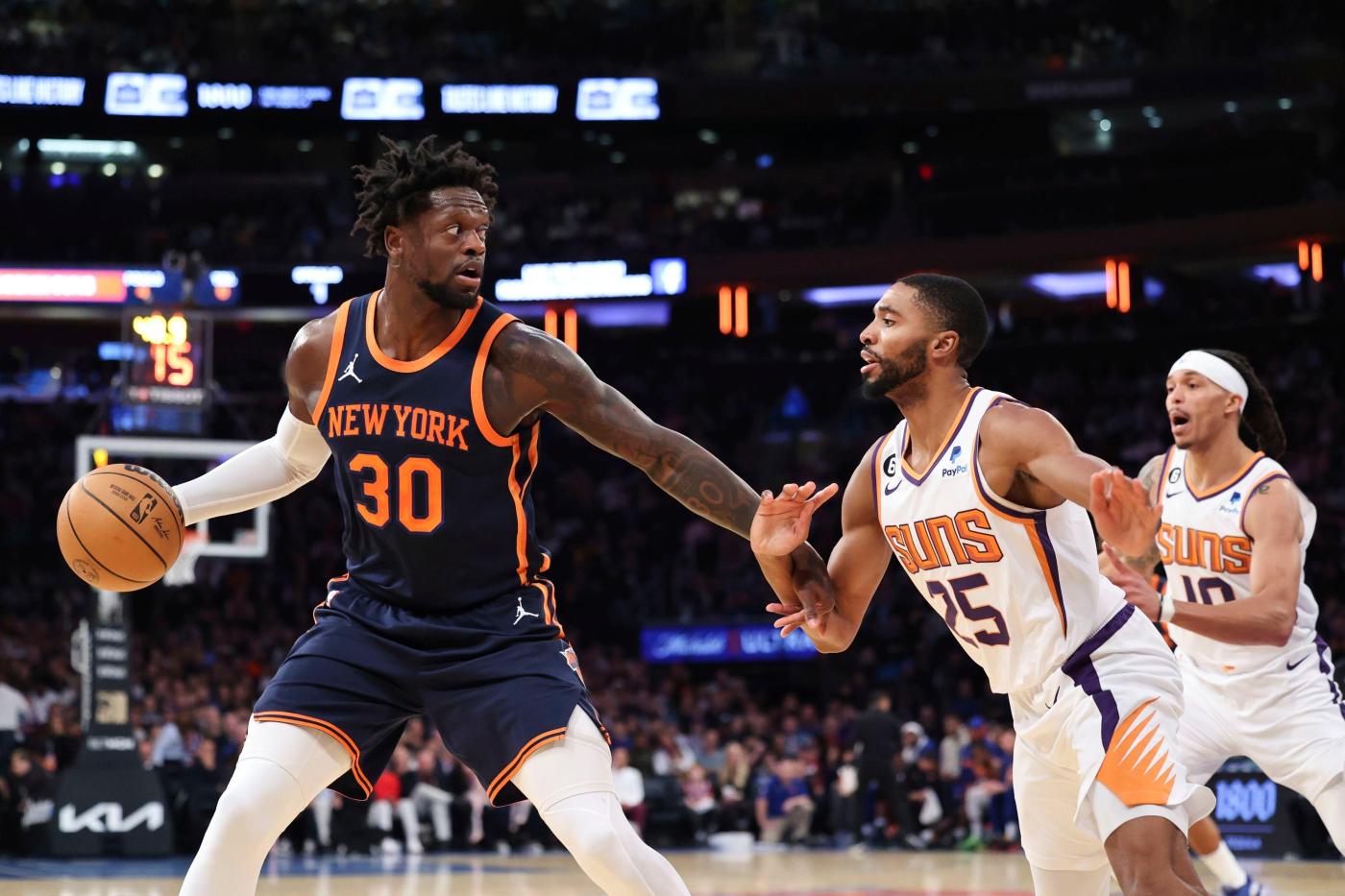 With Jalen Brunson making his return to the lineup, the Knicks steamrolled the Suns on Monday afternoon, 102-83, getting another monster performance from Julius Randle.

Randle, who is surging into the All-Star conversation after a fantastic December, heard MVP chants as he dropped 28 points with 16 rebounds. It’s quite a turnaround and redemption story after last season’s boos directed at Randle. In his last seven games, the 28-year-old is averaging 32.4 points and 12.9 rebounds.

Brunson, meanwhile, returned from a three-game absence because of a hip injury and didn’t miss a beat while scoring 24 points with six assists. He outplayed Chris Paul — who managed just 11 — as the Knicks (20-18) outscored the Suns by 20 points in Brunson’s 39 minutes.

“Just [missed his] overall leadership,” Thibodeau said. “That position is one of control and manage the game and the team. You guys have seen it. When you have an elite level point guard like that, he can provide what the game needs. I always say he’s a playmaker but not just in the sense of passing the ball. If we need more scoring, he’ll give us more scoring. He reads the game extremely well. He understands what our opponent is trying to do. He knows where the holes in each defense is. I think he has the ability to bring the best out of people. So I think all that stuff, and he’s got a great demeanor. The fourth quarter I always say is a lot different, the last five minutes of the game is a lot different and his poise under pressure is elite.”

The Suns (20-18), to be fair, are a mess. They’re missing Devin Booker, who sat his fourth straight game with a groin injury. Considered a pseudo contender before the season, they’ve lost 11 of their last 15 games.

Still, the victory was impressive from the Knicks for a couple reasons. No. 1, the sheer dominance: The Knicks basically won by the second quarter with a 21-0 run that put them up by 32. They held the Suns to 11 points in the first quarter, the Knicks’ lowest points allowed for that quarter this season

No. 2, the history: the Knicks entered with a nine-game losing streak to the Suns spanning five years. They lost by an average of 18 points in their previous four home games against Phoenix.