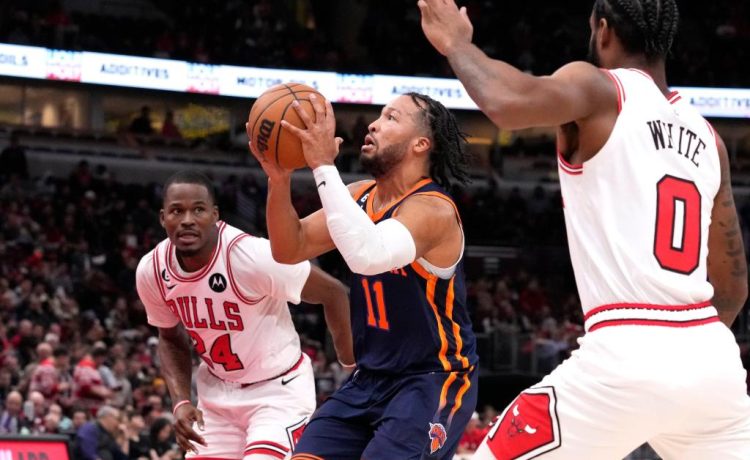 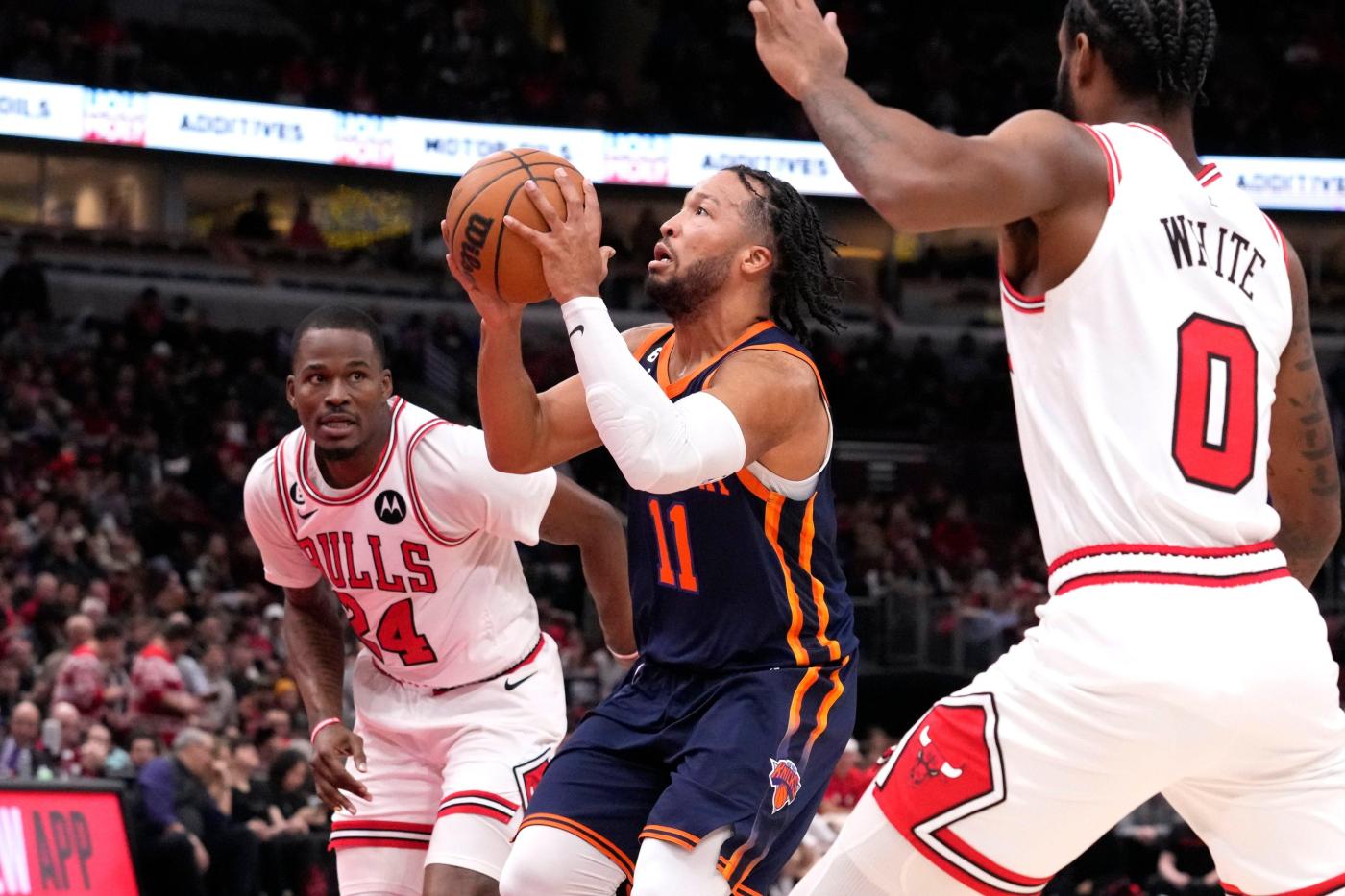 CHICAGO — Jalen Brunson and the Knicks own the United Center.

Two days prior, Brunson sent defender Alex Caruso to the ground with a crossover dribble before burying the dagger 3-pointer in overtime. Then on Friday — against the same opponent in the same arena — Brunson was a dead-eye marksman while nailing a career-high six 3-pointers, as the Knicks swept their two-game away series over the Bulls with a 114-91 cakewalk.

Brunson, who grew up in the Chicago area and won an Illinois State title at nearby Stevenson High, finished with 22 points, six assists and three steals Friday. Helped by RJ Barrett (27 points) and Quentin Grimes (22) and Julius Randle (19), the Knicks (16-13) won their sixth straight overall and represent the hottest team in the Eastern Conference.

It was a rough night for Bulls coach Billy Donovan, who did nothing with the film of Wednesday night’s loss to counter. The Knicks won again by controlling the glass and burying 3-pointers. The only difference was Friday being a blowout, with the Knicks sitting comfortably for the entire second half.

Dejected Chicago fans fled for the exits early in the fourth quarter. Then the boos rained down when the starters quit down 28 with 4 ½ minutes remaining.

The biggest cheers were directed at Knicks point guard Derrick Rose, who played the final 3 ½ minutes in his first action since getting pulled out of the rotation on Dec. 3. The former Bulls great was serenaded with a standing ovation and ‘MVP’ chants, then a raucous celebration after nailing a 3-pointer.

These days, it’s easier for Chicago fans to focus on the past over the present.

The Bulls (11-17), one of the NBA’s biggest disappointments, shot well enough Friday at 46.8% percent but again couldn’t keep the Knicks off the glass.

Brunson had 15 points in the first half while nailing 5 of 6 from beyond the arc.

At the urging of the Chicago media, Derrick Rose has been doing much reflecting and legacy debating during his extended trip back home.

Rose said he’s not close to retiring, but he was asked Friday about having his jersey retired at the United Center and becoming a candidate for the Hall of Fame.

On having his No. 1 jersey retired by the Bulls, Rose said, “Of course I’ve thought about it, but only from people asking me about it. Yeah, for me it wouldn’t be a big problem, but for my family members to see that and the people that have supported me all these years to be part of it, that would be cool. I know the love I’ve received, no matter if it’s here or somewhere else, that’s all I need.”

On the Hall of Fame, Rose, the former MVP and Rookie of the Year, said it’d be a nice honor but he’d still be forgotten eventually like the gladiators of ancient Rome and Greece, “Who wouldn’t want to make the Hall of Fame one day? But there are a couple ways you could look at it. I’d be very grateful for that, but at the same time can someone in here name a famous gladiator?

“I’m saying it in a way that like in 200-300 years, nobody is going to care about what went on. For me, the knowledge, the wisdom, the love, the capital I got from this sport allowed me to do a lot, and I’m very grateful and appreciative of that. The things I want to do after basketball I feel like is going to be bigger than what I do in basketball.”

Ryan Arcidiacono returned to the active list after a seven-game absence because of an ankle sprain. The Villanova point guard hasn’t scored a point all season.