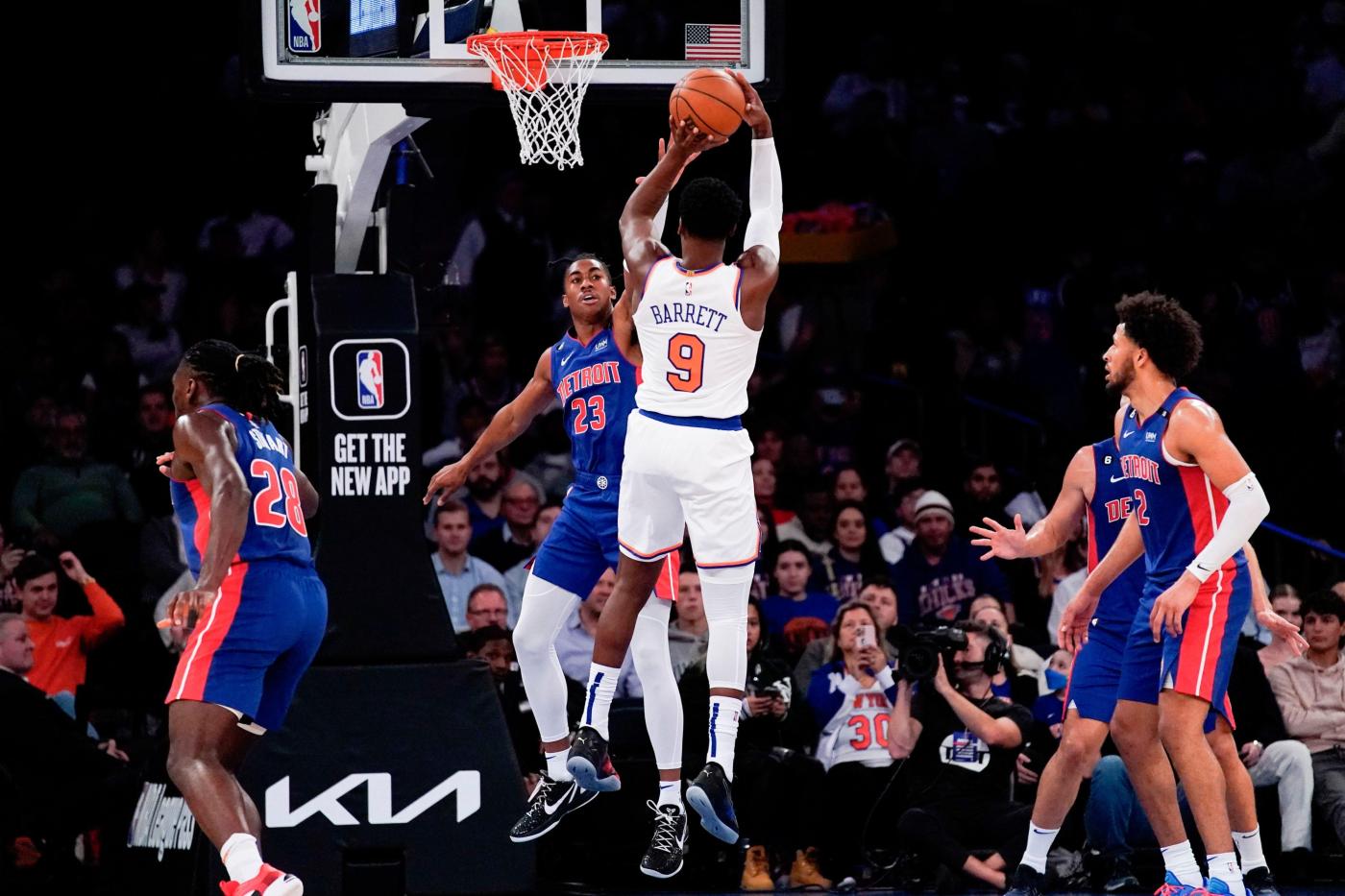 So this is what a real point guard looks like.

Jalen Brunson was impressive in his Knicks debut Tuesday, flashing the playmaking and organizing skills that have long eluded this franchise.

It was only 20 minutes in a 117-96 preseason victory over the Pistons, but the results were nothing but encouraging for Brunson. It started twenty seconds after tipoff with a drive and floater. It included 16 points on 7-for-9 shooting with five assists, a nifty reverse lay-up and, perhaps most notable given the circumstances of a meaningless preseason game, two charges drawn.

Brunson had the offense humming. When he was subbed out for the final time Tuesday, the Knicks had 84 points with eight minutes remaining in the third quarter.

“I think all aspects,” coach Tom Thibodeau said of Brunson’s impact. “I think the competitiveness, the leadership, the ability to play for the team, provide whatever the team needs. The ability to control and manage the game, you see that every day. I always say, the best leadership that you can have are the things that you do each and every day. And he’s tremendous. From the moment he signed, just being in the gym every day. He’s not a ‘rah rah’ type guy. He just does all the right things and when he gets out there, he’s ready to execute.”

Brunson’s arrival on a four-year, $104 million contract is the best reason to believe the Knicks will dramatically improve from last season’s dip to 11th in East. The rest of the roster remains largely the same, with RJ Barrett (21 points on Tuesday) and Julius Randle (15 points) expected to shoulder a heavy load.

But the group has lacked a reliable point guard. The Kemba Walker experiment was a failure last season. Elfrid Payton was strong enough defensively two years ago, but completely lost confidence in his shooting and devolved into unplayable. You’d have to travel back much further – all the way to Mark Jackson in 1989 – to find an All-Star Knicks point guard.

Of course, it’s premature to anoint Brunson anything but a hopeful who looked the part in preseason game No. 1.

Cam Reddish’s opportunity was cut short because of a sprained ankle.

The young wing suffered the injury after logging 11 minutes Tuesday, missing five of his six shot attempts. It’s unclear how the sprain occurred but it appeared to happen after he made contact with a referee near the sideline.

“It looked like something happened down there, it was like a transition play,” said Thibodeau, adding that Reddish will be re-evaluated Wednesday morning. “So I don’t know exactly what transpired.”

Reddish would likely be a third stringer in Thibodeau’s rotation but a foot injury to Quentin Grimes moved him to the second unit.

Reddish was acquired last season for a first-round pick but without a clear path to playing time.