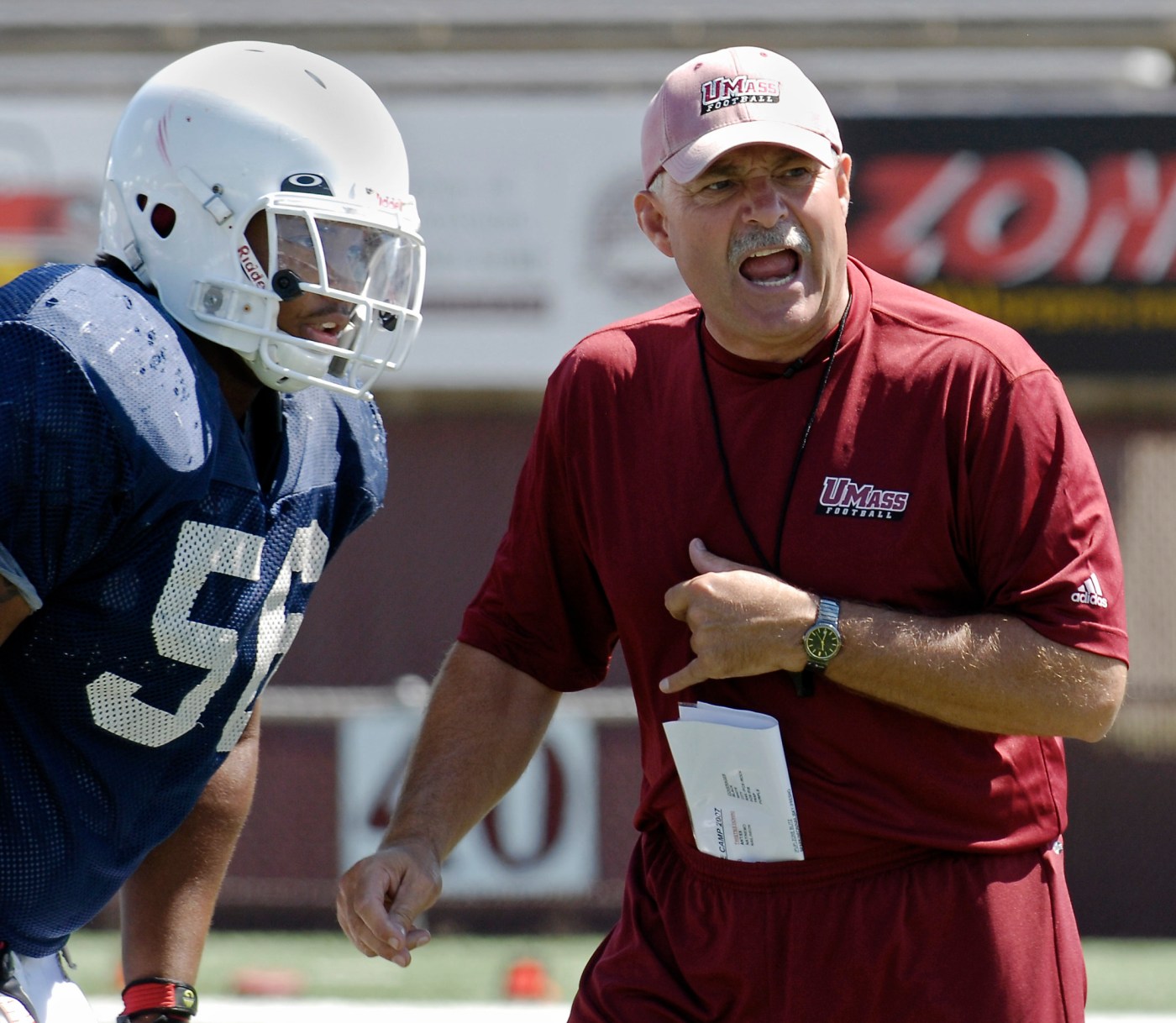 The Mike linebacker commands respect in the huddle just by the nature of the position, but Mackie backs it up with his play on the field.

The 6-1, 240-pound redshirt senior from Miramar, Fla., will be the point man on the front seven when the Minutemen (1-4) host Liberty (4-1) in a battle of FBS independents on Saturday afternoon (3:30) at McGuirk Stadium.

“Obviously you want to do everything you can as an individual to win the respect of your teammates,” said Mackie. “You play as well as you can to reach that team goal and I just do what I can to give our team a chance at success.”

Mackie is reinventing himself as a linebacker after two years of inactivity. Mackie played three lackluster seasons at Dartmouth (2017-19) before the Ivy League went dark in 2020 due to the pandemic.

Mackie redshirted last season, which put him in position to establish a working relationship with new coach Don Brown, one the leading defensive specialists in the FBS coaching fraternity. Mackie adapted to the new system and leads the Minutemen in tackles (36), tackles for a loss (6.0) and sacks (1.5) after five games.

“I’m getting more comfortable with coach Brown’s playbook and people are getting more confidence in one another,” said Mackie. “With more playing time you get a higher football IQ.”

UMass was a defensive backet case under former coach Walt Bell but has earned a measure of respectability under Brown. The Minutemen are ranked 50th in FBS, allowing 353 yards per game and have held opponents to 17-of-55 on third down, the 33rd best percentage (.309) in the nation.

“I think defensively we have been steadily improving and the one thing coach Brown does a really good job of is when we sit down after meetings of bringing ups statistics,” said Mackie.